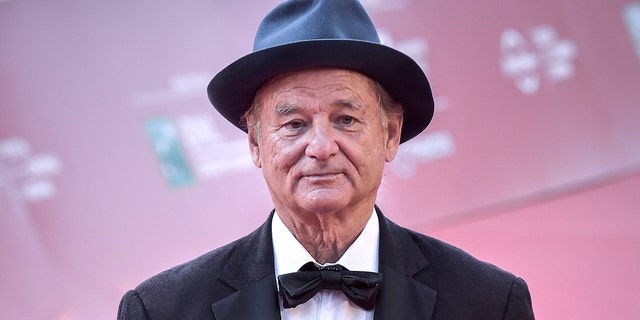 Rob Schneider has claimed that Bill Murray “absolutely hated” the cast of ‘Saturday Night Live’ when he hosted the NBC sketch comedy series.

The 58-year-old ‘SNL’ alum recalled the 72-year-old actor’s hatred for the show’s cast members during an appearance on ‘The Jim Norton & Sam Roberts Show. from SiriusXM on Thursday.

“He wasn’t very nice to us,” Schneider said of Murray. “He hated us on ‘Saturday Night Live’ when he was hosting. Absolutely hated us. I mean, bubbling.”

The ‘Grown Ups’ star went on to say that Murray, who is also a former ‘SNL’ cast member, particularly hated Adam Sandler and the late Chris Farley.

“He hated Chris Farley with a passion. Like he was seething looking at him,” Schneider said.

He speculated that Murray’s hatred for Farley may have stemmed from his disapproval of the latter’s lifestyle, which Schneider compared to that of the late John Belushi.

Belushi and Murray were close friends and performed together during their stints on “SNL.” Both Belushi and Farley died of drug overdoses aged 33.

He continued, “I don’t know exactly, but I want to believe it’s because Chris thought it was cool to be Belushi, who [was] his friend he saw die, that he thought was cool to be so out of control. That’s my interpretation, but I don’t really know. I do not believe that. I only believe it 50%.”

“He wasn’t very nice to us,” Rob Schneider said of Bill Murray. “He hated us on ‘Saturday Night Live’ when he was hosting. Absolutely hated us. I mean, bubbling.”
(Rocco Spaziani/Archivio Rocco Spaziani/Mondadori Portfolio via Getty Images)

Schneider added that Murray “just, like, pretty much all of us hated us,” but noted that “the least of the hate was for me.”

“I took a lot of pleasure in him hating me less, because he’s my hero,” he said.

The comedian said he knows Murray hates actors because of the way he looks at them.

“It was just naked rage,” he said.

Schneider said Murray was nice to his fans and “all regular people,” but not to his fellow comedians.

The ‘Grown Ups’ star went on to say that Murray especially hated Adam Sandler, right, and the late Chris Farley, next to Sandler. Rob Schneider, left, Tim Meadows, next to Schneider, Farley and Sandler are pictured on ‘SNL’ in 1993.
(Gene Page/NBC/NBCU Photo Bank)

The ‘The Animal’ actor also told the hosts that Murray “really hated Sandler too.” Schneider said he “couldn’t tell exactly what it was”, but added that Murray “just wasn’t in that rhythm, you know?

“And Sandler was just committed to it, and just like, as soon as he got along, you could see the audience was devouring him.”

Rob Schneider said Bill Murray might have “hated” Chris Farley because his “out of control” behavior reminded the actor of his late friend and “SNL” co-star John Belushi. Elliott Gould, left, Belushi, center, and Murray, right, are pictured in 1977.
(BCU/NBCUniversal Photo Bank via Getty Images via Getty Images)

Schneider, Farley and Sandler were all “SNL” cast members when Murray hosted the show during its nineteenth season in February 1993.

Schneider’s remarks come days after Geena Davis told The Times that Murray was inappropriate with her during her audition for the 1990 film “Quick Change.”

The 66-year-old actress also said Murray was cruel to her on the film set after she was cast.

In April, production on Murray Searchlight Pictures’ “Being Mortal” was put on hold after a female cast member accused the actor of “inappropriate behavior.”

Murray then addressed the allegation, telling CNBC that he and the unnamed woman had a “difference of opinion.”

A representative for Murray did not immediately respond to Fox News Digital’s request for comment.

Ashley Hume is an entertainment writer for Fox News Digital. Story tips can be sent to ashley.hume@fox.com and on Twitter: @ashleyhume