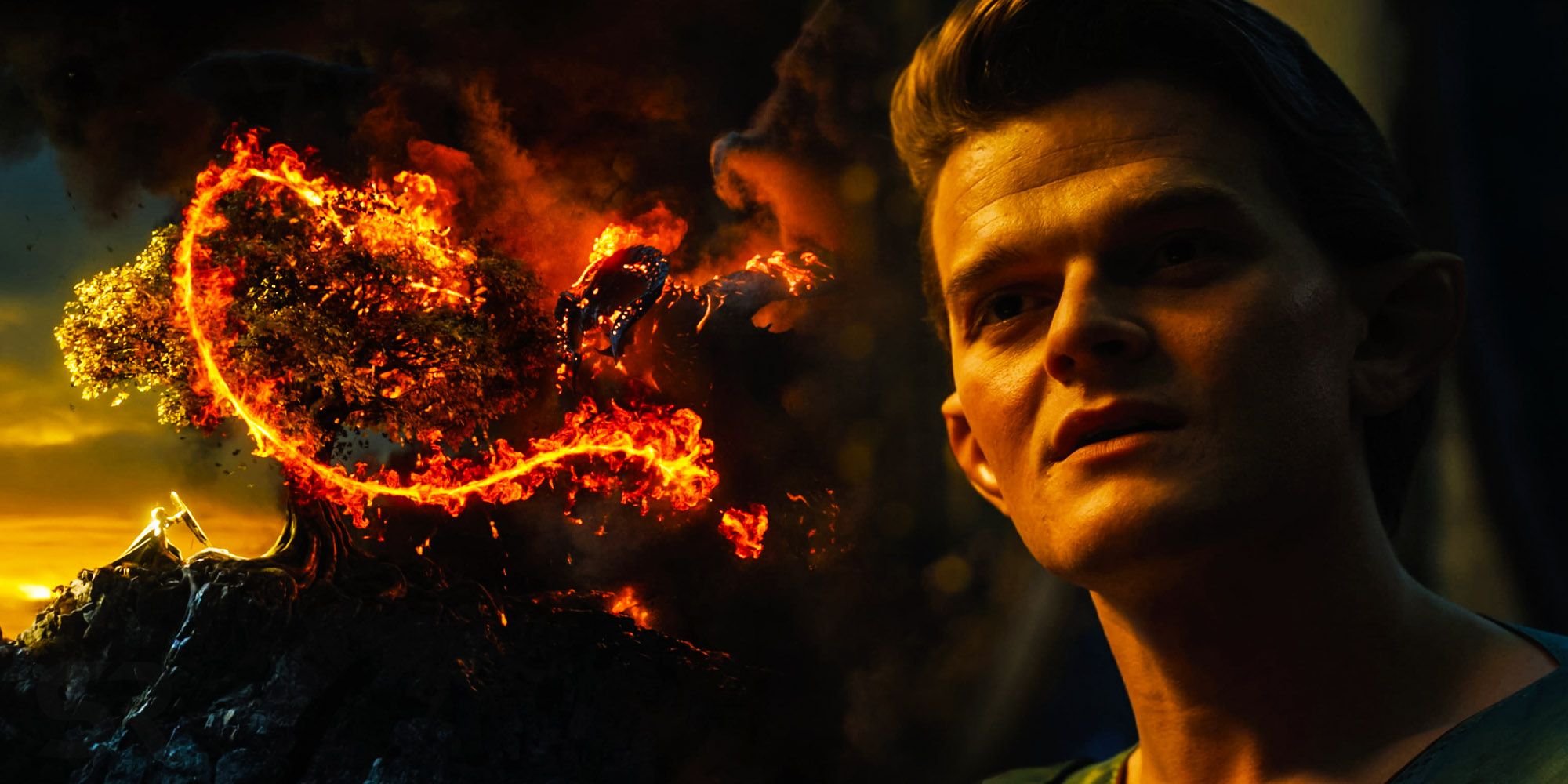 Warning: Spoilers ahead for The Rings of Power Episode 7 The Lord of the Rings: The Rings of Power’s reveal of Balrog is a big deal, but could risk a breakaway from established Middle-earth canon. Episode 7 of The Rings of Power (“The Eye”) sees Owain Arthur’s Durin IV challenge his father of mine for mithril alongside Elrond. They strike upon a veritable mother lode of the Silver Cloth, but King Durin III of Moria sees fit to ignore their discovery, throwing Gil-galad’s dried Lindon leaf down the well. As The Rings of Power’s camera follows this leaf on its descent through Moria, it lands at the bottom to be greeted by a fiery Balrog emerging from slumber.

The hard-hitting image of a demonic presence in the Mines of Moria confirms two things. First, the Balrog seen in The Rings of Power trailer is the same one Gandalf fights in The Lord of the Rings. Second, the Balrog from the mithril origin story invented by The Rings of Power is still alive and slept under the mountain after his fight with an elf. Since it was the Battle of Balrog that created the mithril in Amazon-canon, Durin IV and Elrond’s hunt for the mythical ore ultimately opened a path between the sleeping monster and the dwarves above. This path has now awakened their local Balrog, but therein lies a potential cannon issue…

Does Balrog from The Rings Of Power break Canon?

Through Gandalf and Gimli’s exposition and the Lord of the Rings appendices concerning Durin’s Folk, JRR Tolkien is quite clear that the Balrog of Moria was not disturbed until the 1980s (of the Third Age, that is). i.e. not the decade of spandex and Bon Jovi). It’s still at least 2000 years from The Rings of Power’s current position, and yet Durin’s Bane seems pretty wide awake at the end of Episode 7, teasing some sort of assault from below on the Dwarves of Moria without mistrust.

Any sort of Balrog activity in The Rings of Power’s Second Age timeline would indeed risk breaking the canon in a big way. The purpose of Durin’s Bane in The Lord of the Rings is to highlight greed – the Dwarves dug too deep for the ever-diminishing Mithril and paid the price. During the reign of Durin III, Moria’s mithril operation had barely begun, so the Balrog attacking here wouldn’t work thematically. Any sort of Balrog attack during the Second Age would surely dissuade even the most obsessive mithril dwarf from pursuing the rare ore further.

How Rings Of Power’s Balrog Can Avoid Breaking Barrel

One way The Rings of Power could avoid breaking established continuity (and the most likely outcome) is to simply stop showing Durin’s Winged Scourge. The creature is awakened by a falling leaf, stretches a bit, then goes back to sleep for another 2000 years. While Tolkien’s canon would remain intact, audiences might rightly feel duped that Episode 7’s Balrog tease (which was given pride of place in the trailer footage) leads to no payoff. significant – little more than a CGI Easter egg to foreshadow the future events made famous by The Lord of the Rings. It would also be strange if the Balrog woke up because of a single leaf, but somehow slept soundly when the dwarves started mining the pit just above.

The trickier option would be for Amazon’s The Rings of Power to somehow integrate the awakened Balrog into its narrative, while explaining why he goes back to sleep for several millennia and why dwarves not only survive, but continue to mine mithril regardless. Perhaps the awakened Balrog is launching an assault, but only a few Dwarves are present in the Old Mine at the time. They manage to overpower him (could Disa’s singing work?) and Durin’s Bane goes back to sleep. The Witnesses choose to keep their traumatic encounter a secret to prevent their faint hopes of fortune in Mithril from being completely abandoned. Whatever happens next, The Rings of Power strikes a delicate balance between paying for his Balrog tease and not altering Moria’s future.

The Lord of the Rings: The Rings of Power continues Thursday/Friday on Prime Video.