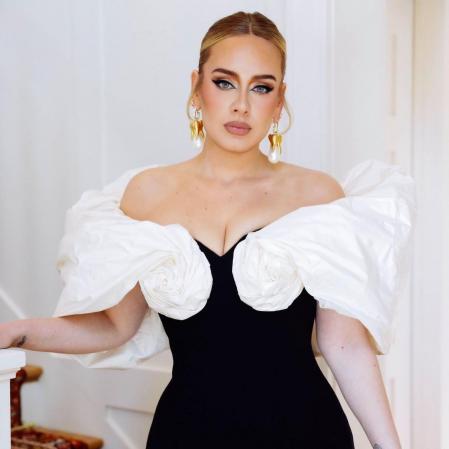 After six years of professional hiatus, the British singer Adele revolutionized the music scene with the publication of a new album, 30, her most personal album. As the 33-year-old singer assured, this new album narrates the most ‘turbulent’ period of her life, marked by her dramatic marriage to Simon Konecki, father of her son Angelo, and her traumatic divorce, full of litigation for two years. years until she was able to reach a millionaire economic agreement with her now ex-husband.

Since then, the singer has lived what she calls a recovery process, in which she has had to rebuild herself and her heart: “I have learned many burning truths about myself along the way. I have shed many layers, but I have also covered myself with new ones. I have discovered some truly helpful and honest mindsets to deal with and feel like I have finally found meaning again. I would even say that I have never felt more at peace in my life. So I am finally ready to release this album.”

Part of the ‘blame’ for that recovery and strength to undertake new projects lies with Rich Paul, a sports entrepreneur who has become a true talisman for the artist.

However, despite the fact that Rich Paul is a more than established and successful figure in the world of sports, his name has only become part of the gossip press after the announcement of his courtship with the famous singer. But who is Rich Paul?

The most eligible sports agent in the NBA

The first rumors of a relationship between Adele and Rich Paul began last summer, after the singer was photographed with Paul as spectators of the NBA finals. The presence of the singer called her attention, since it was one of the first times that she was photographed at a sporting event; but not so that of Rich Paul, an omnipresent figure on the North American basketball court as he is one of the most coveted agents in the NBA, who represents some of the biggest stars in the sport, such as LeBron James or Anthony Davis.

Originally from Cleveland, Ohio, Paul made the leap as a sports agent after meeting a then-teenage LeBron James in 2002. The two became best friends, with Paul working at Creative Artists Agency, with whom he then he was an agent for Lebron James, Leon Rose. After a decade working with the best, Paul decided to establish himself with his own agency, Klutch Sports Group, attracting the stars of the moment, such as Anthony Davis, Ben Simmons, Draymond Green, Lonzo Ball, among others.

At 39 years old, Paul can boast of having become an essential figure in American basketball.

Rich Paul founded Klutch Sports Group in 2012, and has an enviable client list, with stars like LeBron James or Anthony Davies among his chips

A reserved man who prefers to be in the background to give prominence to those he represents, it has been a before and after for the singer, who cannot help but talk about him with emotion every time she is interviewed. In her last appearance, with Oprah Winfrey, the artist confessed what it was that had attracted her to him.

“It’s hilarious. He is very, very smart. It is fascinating to see him do what he does, and the ease with which he does it, ”she confessed, before realizing that she was blushing when talking about him, something that caught the attention of the famous journalist. Adele also confessed that her relationship with Paul had been the first time that she “had loved each other.” [a sí misma] and had shown the world what it was like to love and be loved by another person.”

Since they were first photographed, the singer and sports agent have been photographed on several occasions, but they only made their ‘official’ presentation last September, when the singer posted a picture together at Anthony Davis’s wedding party. .

“I didn’t tell a lot of my friends at first because I wanted to keep it to myself,” recalls the singer in an interview with rolling stone, confessing that Paul appeared at a crucial moment in his life, as he had sunk after the sudden death of his father due to cancer. Now, she returns stronger than ever with a new album and a new love, which has allowed her to be herself: “It is the easiest, kindest and most incredible relationship I have ever had”, she insists, “Now, I am no longer afraid of loneliness ”.

Rich Paul, the man who fell in love with Adele