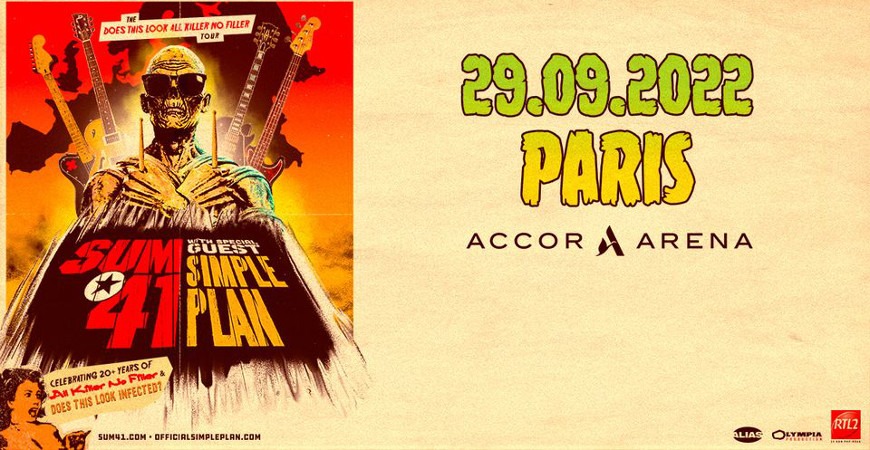 New concert announcements! Sum 41 + Single Plan, Blaine Reininger + Steven Brown, The Psychotic Monks and tourist will be visiting us soon. Where and when ? The answer is here !

“The Canadians of Sum 41 are embarking on an exceptional tour to celebrate the 20th anniversary of their first phenomenal albums: All Killer No Filler and Does This Look Infected?. Respectively released in 2001 and 2002, these two albums are now essentials of the Pop Punk genre, popularized at that time by a whole scene led in particular by Green Day, Blink-182 or The Offspring. September 2022 will be the opportunity to find the group on stage with a set list specially prepared for the occasion and filled with hits: Fat Lip, Into Deep The Hell Song… The tour will take on the air of a family reunion since they invite for the occasion their compatriots Simple Plan, also spearheads of the Pop Punk scene of the 00’s and their hit Welcome To My Life, a true hymn to adolescence of that time. So we bring out the baggy pants, the skateboard and the concrete binding gel for a real step back in time! » 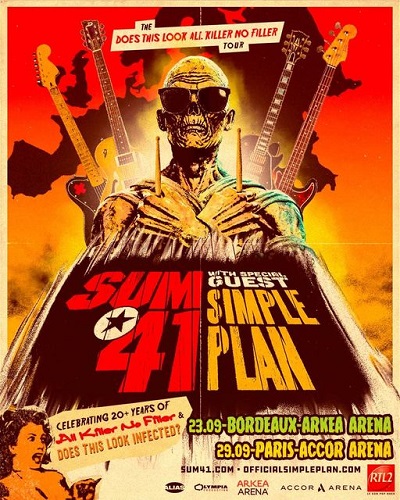 “45 years after the creation of the famous post-punk band Tuxedomoon, to whom we owe the cult records Half Mute or Desire, and 5 years after a first stint at La Maroquinerie as a complete formation, Blaine Reininger and Steven Brown return this evening with two solo albums that they will defend each in turn with, as one imagines, probable four-handed titles. » 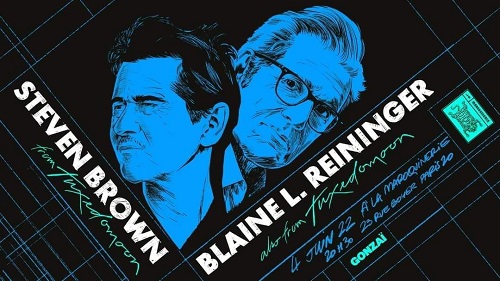 “There is a common sensibility that, since 2015, unites the four members of The Psychotic Monks. In concert, through an illusion of chaos, they create a moment of splitting, during which our sensitivity and our emotions could find an interlocutor: shouting, through the intermediary of four puppets, each of whom can be the puppeteer. Influenced by the noise and experimental scene (Sonic Youth, The Birthday Party, Pere Ubu), channeled by a raw and nihilistic intensity that they draw from the Stooges, they have also been recognized for a lyricism marked by groups such as Joy Division, The Doors or Pink Floyd. »

“In 2015, William Phillips won a Grammy Award for Song of the Year, as co-writer of Sam Smith’s ‘Stay With Me’. ‘It’s an absurd compliment,’ he says, ‘but my intention has only been to write music and work with great musicians.’ Since then Phillips has released three albums as Tourist – U in 2016 and Wild and Everyday in 2019 – and several solo EPs. He has also remixed Christine and the Queens, Churches, Deftones, Wolf Alice, Swedish House Mafia & The Weeknd and Sofia Kourtesis. In May 2022, his fourth album, Inside Out, will be released on Monday Records. Growing up, Phillips fell in love with dance music: Goldie, Daft Punk and MJ Cole were his favorites. In 1999 he started making beats on Reason production software; later, he learned the piano by listening to his father’s pop records. It’s a process he’s put to the test in the Covid-19 pandemic. After hearing the devastating news that a friend had died locked away with his phone, laptop and a keyboard, Phillips began writing “Inside Out.” Though born out of heartbreak, Inside Out is tender and uplifting, with kaleidoscopic shards of garage grooves and French filter. After having played at Coachella and Glastonbury, having opened for Bonobo on tour and having sold out two nights at the Village Underground, Tourist is preparing a new live that will make his dream come true: to feel everything, with everyone, through the dancemusic. »