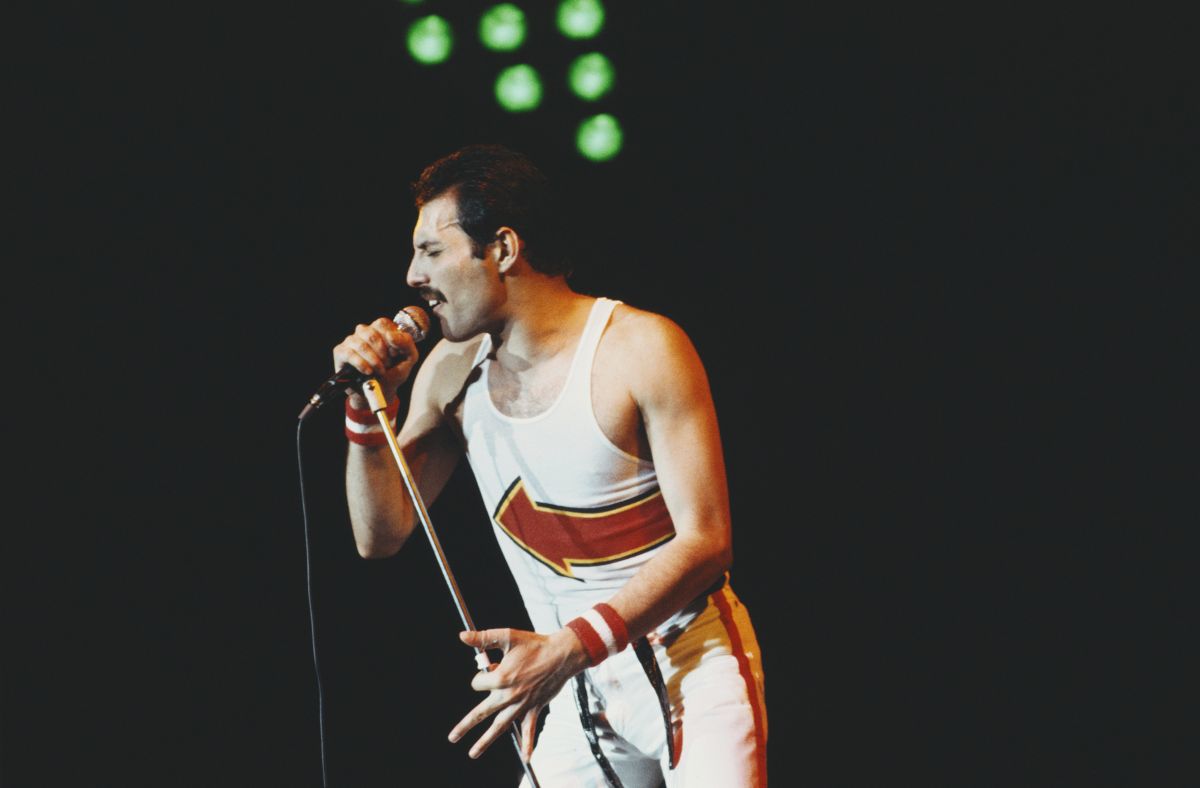 What in released ‘Face It Alone’ this Thursday, a never-before-heard single with Freddie Mercury. It is the band’s first song with the late singer’s voice in more than eight years.

It was originally recorded in 1988 when Queen were writing their thirteenth studio album and penultimate release with Mercury, ‘The Miracle’. The vocalist died just two years later, in 1991 at age 45, a day after publicly revealing that he had been diagnosed with HIV.

‘Face It Alone’ was rediscovered when the band’s team listened to the Queen archives to work on the next reissue of the album, which also will include some of the band’s conversations in the studio in London and Montreux, Switzerland.

During those sessions, Queen recorded around 30 songs, but only 10 made it onto the album. The others were never released and largely forgotten. Having said that, the real attraction of ‘Face It Alone’ is the presence of Mercury, as the four-minute track is largely driven by her voice.

“We found a little gem from Freddie, which we had forgotten about. It’s wonderful, actually. It was a real find. It’s from ‘The Miracle’ sessions,” drummer Roger Taylor told BBC Radio 2 earlier this year.

Discussing the song, Queen guitarist Brian May stated: “I’m glad our team was able to find this topic. After all these years it’s great to hear the four of us, yeah Deacy [el bajista John Deacon] he’s there too, working in the studio on a great song idea that never got completed…until now.”

Nevertheless, preparing the track for release required a bit of tinkering, with May adding: “It was hidden in plain sight. We looked at it many times and thought, ‘Oh no, we really can’t salvage that.’ But actually, we went back in there and our wonderful engineering team said, ‘OK, we can do this and this.’ It’s kind of like sewing pieces together. But it’s beautiful, it’s moving.”

Queen have already released posthumous recordings featuring Mercury’s voice, most recently on the 2014 compilation album ‘Queen Forever’. The multi-disc set featured three never-before-heard songs: ‘Let Me in Your Heart Again’, ‘Love Kills’ and ‘There Must Be More to Life Than This’ featuring the late Michael Jackson.

Keep reading: Freddie Mercury and an indelible legacy: know 10 facts that perhaps you did not know about the vocalist of the band Queen 30 years after his death
– A new Freddie Mercury book will expose which artists he admired and who he hated
– Belinda reveals the sex of the baby in the middle of the concert: her fans got a tremendous surprise