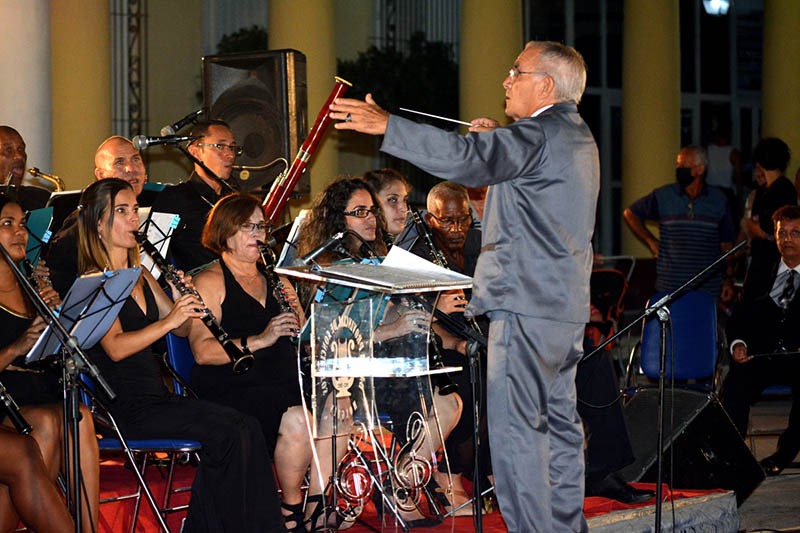 The Provincial Concert Band of Holguín celebrated its centenary this Sunday in the usual space of the “retreat”, with the Great Concert “One hundred years of a triumphant sound”, which had a wide and diverse repertoire to the delight of an audience wishing for good music.

“It’s more than love” by Daniel Sosa, “The pirates of the Caribbean”, by Klaus Badlet and “My dear Holguín” by Manuel “Koko” Leyva, were some of the works performed by the Band under the direction of the master Humberto Pino, in front of the “La Periquera” Provincial Museum. 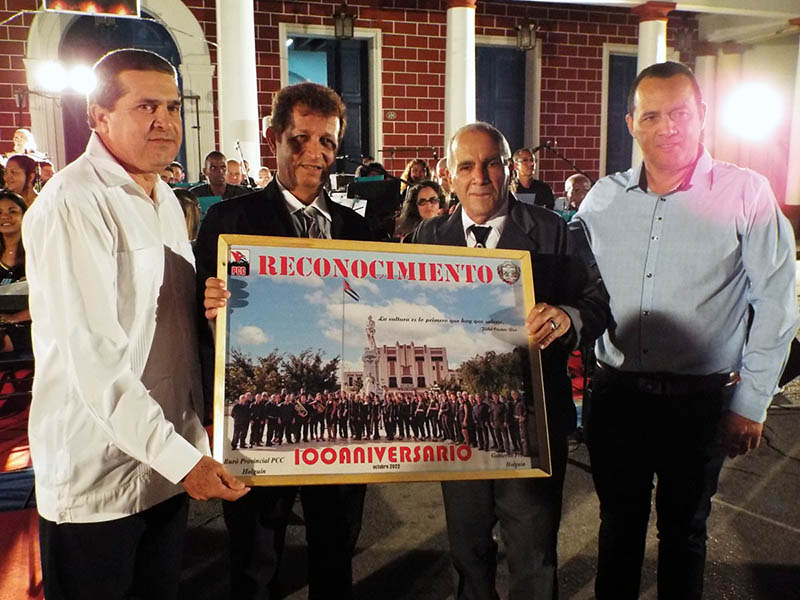 Ernesto Santiesteban Velázquez, member of the Central Committee of the Communist Party of Cuba and its first secretary in Holguín, and Governor Julio César Estupiñán Rodríguez recognized, on behalf of the people of Holguin, the Party and the Government the cultural imprint of the Band in its first century .

The Music and Shows Company, as well as the Provincial Support Unit for Cultural Activity, joined the entertainment, while the Culture union gave the collective the 45th Anniversary plaque of this organization. 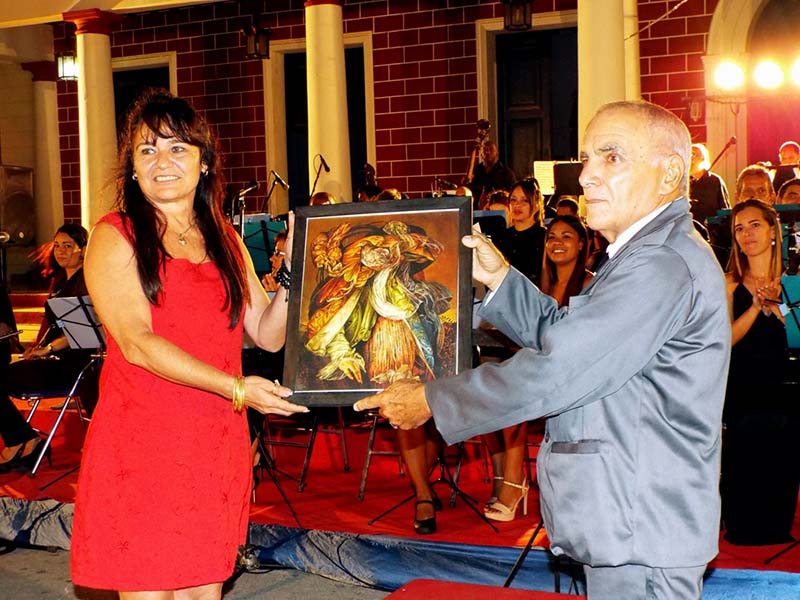 Orestes Saavedra, director of the Holguin Symphony Orchestra, commented to now! digital that managing a job for a hundred years is an arduous and complex task that demonstrates the perseverance of its directors, the dedication of its musicians and, above all, the desire to maintain a tradition that responds to the idiosyncrasy of Cubans.

He stressed that in these hundred years the Band has been present in the main moments of the social, political and cultural life of Holguín. “Having the Band is having a culture of high artistic value available to the general public. A reservoir of knowledge and ways of doing things, with a wide international and Cuban repertoire, which is rewarded, in the case of our band, with the creations of local authors from the great Koko Leyva to Humberto Pino and Daniel Sosa”.

“Alma con alma” was the bolero given to Holguin residents by soloists Gladys María and Ernesto Infante in an attractive show in which the Guiñol Theater of Holguín also participated, the dance group “De Cuba Soy”, the fashion company ” Fantasy” and the “Encuentro” project.

“In my career as a soloist there have been many experiences, I was at the inauguration and first graduation of the Provincial School of Bands, and now in its centenary. Once again a privilege to share with excellent musicians who make the Provincial Concert Band one of the most in tune in Cuba”, pointed out Ernesto Infante, one of the invited interpreters.

The day of celebration, which began the last six months and will continue throughout the month of October, aims to recognize, among its main actions, the musicians Juan Antonio Kindelán and José Francisco Obregón for their 50 years of artistic life, as well as Humberto Pino for their 45, who have played an important role in the development of Holguin culture.

The festivities will continue this October 10 with the inauguration of its well-deserved headquarters, a new house that will not only function as a rehearsal space but also as a methodological center for the attention of municipal bands and the training of emerging musicians.

Hundreds of generations of musicians have been trained with the Provincial Concert Band. Heiress of the mambisa band also marked the History of Cuba when fourteen musicians from Holguin interpreted in 1895 the notes of the Invader Anthem as part of the troops of the Bronze Titan, Antonio Maceo, during the Invasion of the West.

MORE ARTICLES BY THIS AUTHOR

Degree in journalism. I love my little boy. I love the music of Buena Fe and I enjoy the texts of García Márquez