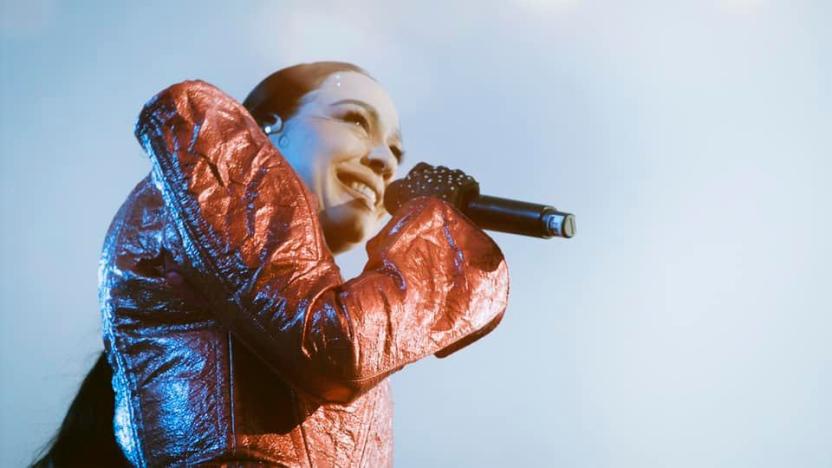 San Diego It always surprises us with its wide variety of events month after month, and this time it surprises us with the concerts that will take place in the city this May; from the most representative artists of the Mexican regional genre, to the most pop artists and with an unparalleled musical career, as well as the pioneers of rap and hip-hop from the United States and more, will be present in May.

Do not miss your favorite artists this May and enjoy their concerts, here is the list and you decide which one to attend:

Carla Patricia Morrison Flores better known as Carla Morrison, is a Mexican singer, songwriter, actress, activist and producer born in Tecate, Baja California. She has been the winner of three awards latin grammy; two for best alternative song with “Let me cry” in 2012 and “first time” in 2016 and one for his debut album Déjenme Llorar, certified platinum by the Mexican Association of Producers of Phonograms and Videograms.

will be present on friday may 13 in it Humphreys Concerts by the Bay, San Diego. Doors open at 7:30 pm

Get your tickets at: ticketmaster

Gabriela Alejandra Guzman Pinalbetter known as Alejandra Guzman is a Mexican singer born in Mexico City. She has ventured into acting in soap operas, series and television programs; she daughter of rock and roll singer and actor Enrique Guzman and the Mexican actress Silvia Pinalis recognized in Latin America and the United States.

Paulina Susana Rubio Dosamantesbetter known as Pauline Rubio either “The Golden Girl” She is a Mexican singer, actress, model and businesswoman born in Mexico City. She achieved recognition in the Hispanic music industry as an original member of the band Timbiriche in the decade of the 1980s, standing out as one of the main members of the group. During the first years of her artistic career, she explored acting in well-known soap operas and plays.

They will be present on their “Perrísimas” tour on Sunday May 15 in it Pechanga Arena, San Diego. Doors open at 8:00 pm

Get your tickets at: axes

Mount Westmore is an American hip hop group composed of rappers from California Snoop Dogg, E-40, Too $hort and Ice Cube . The quartet are considered legends in the hip hop industry, known for their longevity and respective influence. Formed in late 2020, the group’s highly anticipated debut album was scheduled for release in 2022.

Calvin Cordozar Broadusbetter known as Snopp Dogg He is an American rapper, producer, and actor. He is one of the most successful hip hop artists in Gansta Rap.

O’Shea Jacksonbetter known as Ice Cube is an American rapper and actor, he began his career at the end of the 80’s as a member of the group Gansta Rap, to later launch himself as a soloist.

Todd Anthony Shawbetter known as Too $hort is an American rapper and record producer, he became famous in the late 80’s.

E-40 also know as Charlie Hustle, 40 Fonzarelli, The Ambassador of the Bay ), “40 Belafonte” and 40 Wateris a rapper from the San Francisco Bay Area.

They will be present on Thursday May 19 in it Pechanga Arena, San Diego. Doors open at 8:00 pm

Event for all ages

Get your tickets: axes

Jesus Emmanuel Arturo Acha Martinezbetter known as Emmanuel is a Mexican singer, businessman, composer, musician and bullfighter born in Mexico City. He has released classics like: “Everything Collapsed”, “In the End”, “Unbearably Beautiful”, “You and Me”, “The Day You Can”, “I Want to Sleep Tired”, “I Couldn’t See You”, “The Smoke Girl”among other.

will be present on friday may 20 in it Cal Coast Credit Union Amphitheater, San Diego. Doors open at 8:00 pm

Get your tickets at: ticketmaster

Jose Martin Cuevas Cobosbetter known as Peter Fernandez He is a singer, actor. Mexican producer and composer of ranchera music, was born in Guadalajara, Jalisco. He has taken the name and surname of two figures of regional Mexican music as Pedro Infante and Vicente Fernandez.

will be presented on Sunday May 22 in it Pala Events Center, San Diego. Doors open at 6:00 pm

Tickets still to be confirmed.

Enrique Ortiz de Landázuri Izarduy, better known as Bunbury, is a Spanish singer, songwriter and musician, he is recognized for having been the vocalist of the rock band Heroes of Silence. The artistic surname Bunbury comes from a character “The Importance of Being Earnest”from Oscar Wildeas he himself has confirmed in various interviews and in his biography the rest is silencewritten by Pep Blay.

It will be presented on Tuesday, May 24 at The Magnolia, El Cajon. Doors open at 8:00 pm

Get your tickets at: live nation

Which of these concerts will you attend?

Prepare your visa! Concerts that San Diego will have in May