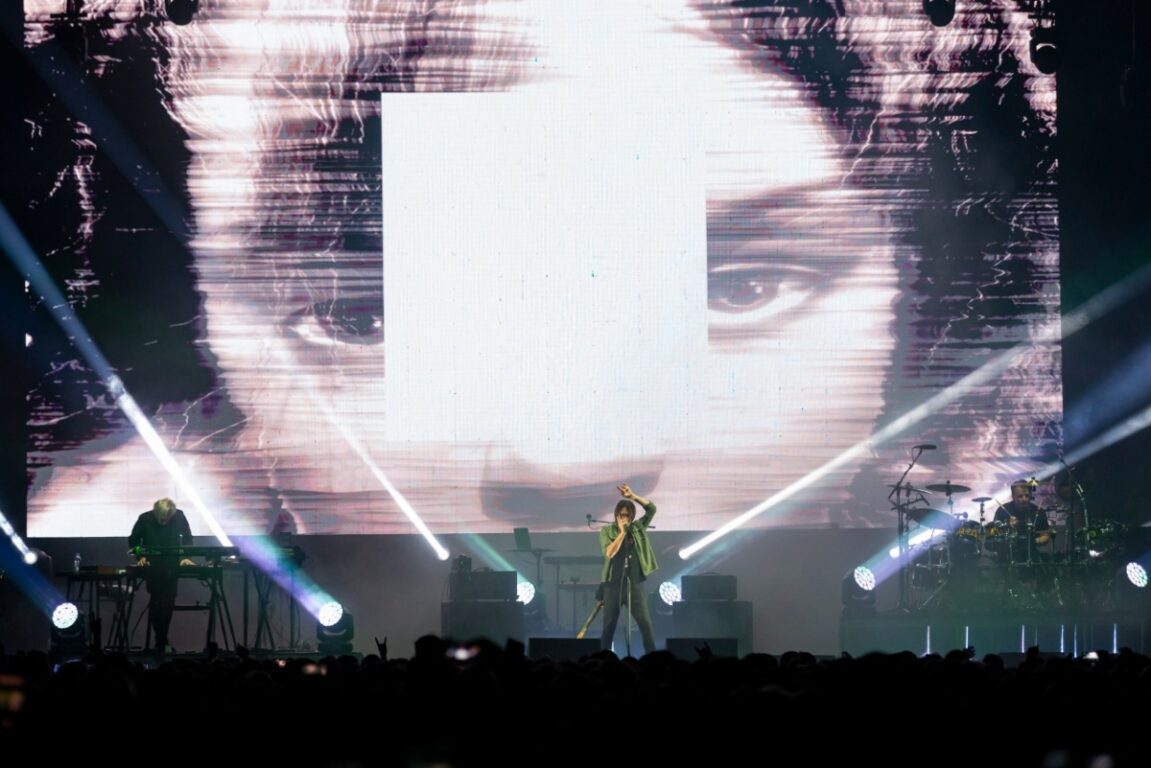 Porcupine Tree, the British band led by the charismatic Steven Wilson, performed for the first time in Chile at a concert where they suggested not taking photos or recording videos during the show.

“At the request of the band, this concert is a ‘phone-free event.’ We respectfully ask you not to take pictures or videos of the show. Thank you”. With this message, the British band Porcupine Tree received on Friday the more than 10,000 spectators who attended his concert/debut on the Chilean stages as part of the “Closure/Continuation Tour”, a promotional tour for his latest studio album.

The “request” has been a constant after his return to activity after more than a decade, and not always eliciting the same support. In the step of Steven Wilson, Richard Barbieri and Gavin Harrison by Movistar Arena, however, the premise was not only respected in a large part of the show, but also by the majority of the attendees.

The foregoing is not minor considering the guidelines of the recital, which did not have devices Yondr (bags that protect smartphones and can only be opened using a chip) or any other disruptive device to carry out the objective.

It was more of an “explicit suggestion” which, corresponding to the charismatic Wilson’s attraction among the local audience, was respected with no little will through.

For “Blackest Eyes”, “Trains”, or “Anesthetize”, some of the trio’s most popular songs, there were many who could not resist the urge and turned on their phones to record the moment, with many disapproving looks around. Others, for their part, reacted almost reflexively to take their smartphones and unlock them, and then put them back in search of explanations for their attitude.

Divided into two acts, a 20-minute intermission and a single return to the stage, the Porcupine Tree show in Chile crossed the two hours and became the band’s first in South America and one of the most massive of the entire tour.

The milestone is explained in one piece of information: in 2018, Santiago became the city where Steven Wilson’s music was listened to the most on Spotify, surpassing Mexico City and London in monthly listeners.

With twenty songs that wander between progressive rock, space rock, noise, metal and the nostalgic halo of the nineties, Wilson and his crew compensated for the lack of cell phones with an experience bordering on the multisensory, supported only by the surround sound of its melodies and a set of visuals projected on a single giant screen.

Without close-ups of its members or other visual distractions, more than 20 songs followed one another with the complicity of the audience, who accompanied it disciplined with cheers and silences when the occasion warranted it.

“Collapse the Light Into Earth”, “Halo” and “Trains” were Porcupine Tree’s farewell triad, which added another auspicious milestone in the relationship between its founding guitarist and his enthusiastic local fans.

Porcupine Tree put the Chilean public to the test: do concerts work