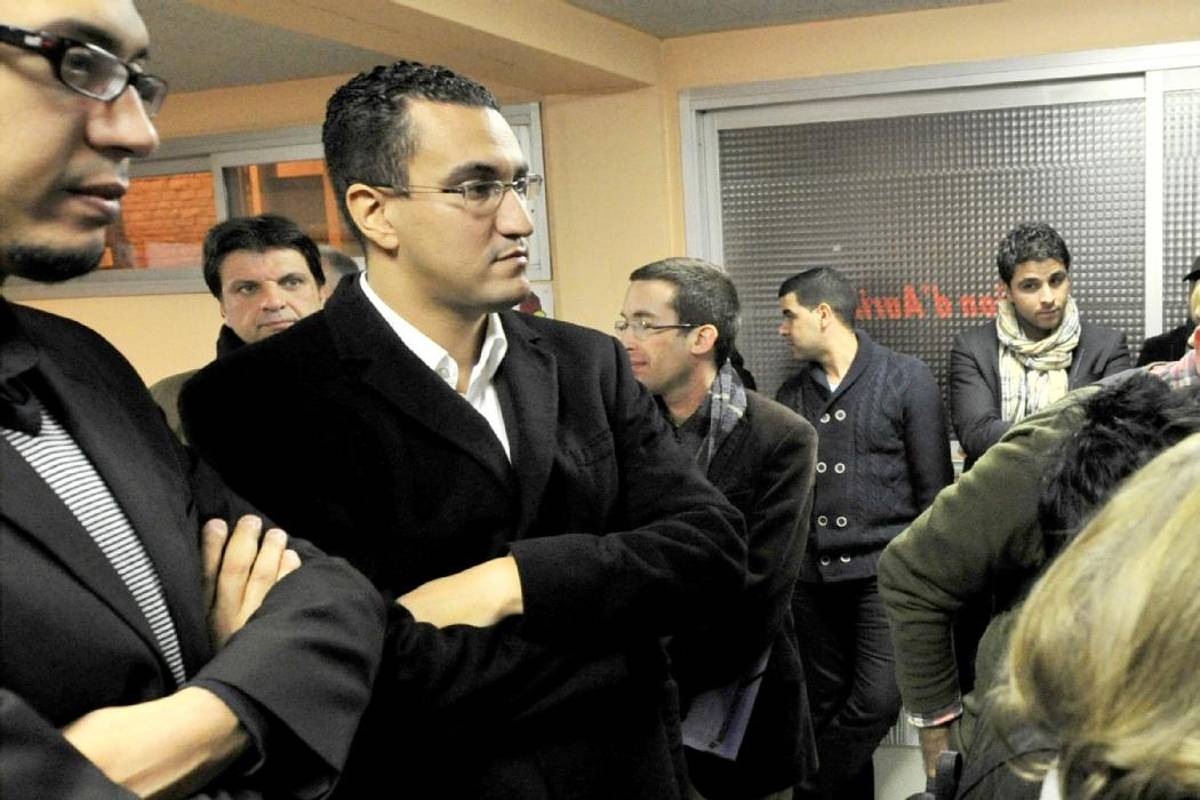 It was a breath of fresh air for those who got into the habit of flying to the countries that make up the ninth constituency of French people living outside France. A stopover in Aurillac, where he was born, and where his political ambitions never really went beyond the embryonic stage.

This tall fellow with pierced glasses, affable, arrives in a bar in the city, a few days after a signing session in a bookstore which almost caused headaches in the presidential party. Some believed that he would invite himself into the municipal battle, between a PS he left after having studied there and a list supported by LREM, a label he once wore.

Election to the PS, November 15, 2012.
“I don’t have an agenda,” argues M’jid El Guerrab over his double espresso. He prefers to talk about his book Deconstruct hate (ed. Alma) and have fun with these device quarrels which suggest that this thirty-year-old, not taken seriously enough by the Socialists to be invested, can weigh in the power game. In this essay, it is precisely a question of politics, of the foam from the inglorious depths from which the Aurillacois emerged rinsed, his hopes shattered.

“What struck me when I was elected was this feeling of having gone from ‘us’ to ‘them’, the notables, remembers this son of a Moroccan lumberjack. But for me, I was the same, on the side of the people. So, I decided to look at this “them” from the “us”, from the inside. There really is a gap, a hatred of citizens towards elected officials. »

M’jid El Guerrab (Deputy of the French from abroad)

Very quickly, the one who entered the Bourbon Palace through the breach opened by Emmanuel Macron, in the spring of 2017, became disillusioned. In the past, you could rise by standing alongside a deputy, he says, almost nostalgic for an old world that he helped to complete by supporting the muse of the new.

“Before, there was respect, now I feel a form of embarrassment when I say that I am an MP. A spit deposited on his vehicle stamped with a badge of elected representative, at the bottom of his Parisian apartment, had announced the color of this mistrust that he depicts through the 279 pages of his book.

They say to themselves: “They are earning money without giving a damn”; because you are given public money, you have to suffer

The parliamentary exercise to which M’jid El Guerrab has been compelled for thirty-two months resembles from his point of view a wringer generating frustration among citizens, if not anger. “They say to themselves: ‘They don’t give a damn about earning money’; because you are given public money, you have to suffer”, plague, annoyed, the one who claims to have never worked so much in his life.

The elected official theorizes a form of time mismatch between “them” and “us”, increased tenfold “by the media and social networks”. If he regrets that the function of parliamentarian provokes certain fantasies, that of a National Assembly reduced to verbal contests without the ability to really influence the policy of the executive is not to be stored in the fiction file. 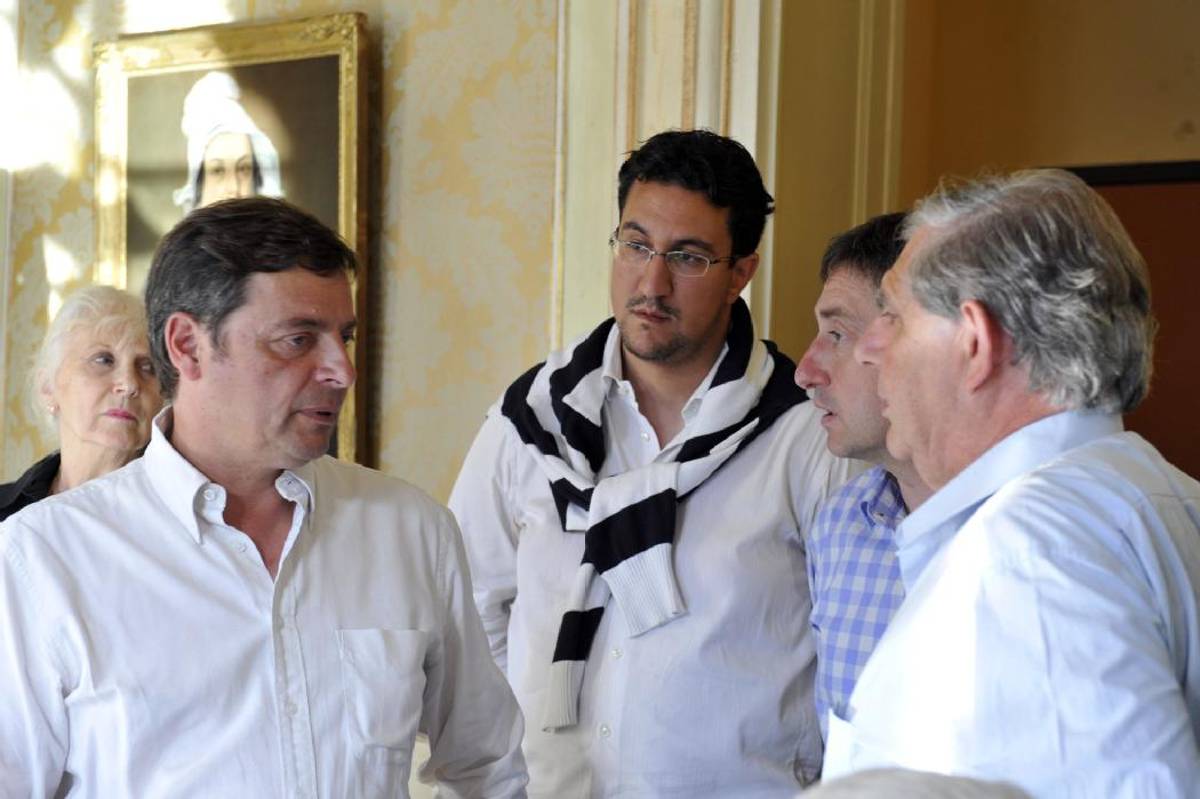 Alain Calmette, M’jid El Guerrab, Pierre Mathonier, Jacques Mézard, in 2012.
“The majority is totally submissive”, he decides while claiming “out of loyalty to the President of the Republic”. Reduced to the role of “sculptors”, flatterers of the executive, the representatives of the legislative power would thus have contributed to hypertrophying that of the Head of State.

“We need superdeputies with superpowers”, he defends, aware that he and the majority, who were “elected to clear the system”, become “guarantors” of it.

With Macron, a complex relationship

A fine connoisseur of his files and amendments, M’jid El Guerrab has established a complex relationship with Emmanuel Macron. The two men write to each other, he says, messages in support and, if he claims a personal and loyal link with the president, he does not hide the fact that a distance is emerging between him and the majority on the ‘Islam. “I don’t want to be stigmatized, it’s because I love the Republic that I’m moving away. »

The Aurillacois M’Jid El Guerrab, deputy of the French abroad, suspected of acts of violence on a PS executive

The case. August 30, 2017. Boris Faure had been hit in the head with two helmet shots by M’jid El Guerrab. He had to be operated on urgently during the night, his vital prognosis having been “committed” according to a medical expertise. El Guerrab had filed a complaint in return, assuring that Faure had twisted his wrist and “insulted”.

“I am not the madman that has been described”

The link with the LREM group in the National Assembly had already been considerably stretched in the fall of 2017 when the deputy for French people living abroad left it while remaining related. It must be said that the former socialist activist was threatened with exclusion since the attack with a helmet against Boris Faure, then first PS secretary of the federation of French people living abroad, on August 30, 2017, in Paris. The elected chiaroscuro who has never poured out on this affair has agreed to give his version for The mountain.

“I was in a cafe downstairs, waiting for my children. I am not the madman that has been described. For more than a year, Boris, whom I have known for several years, has been harassing me. He was violently against my leaving the PS and threatened me with death, even though he said it was “a political death”. » 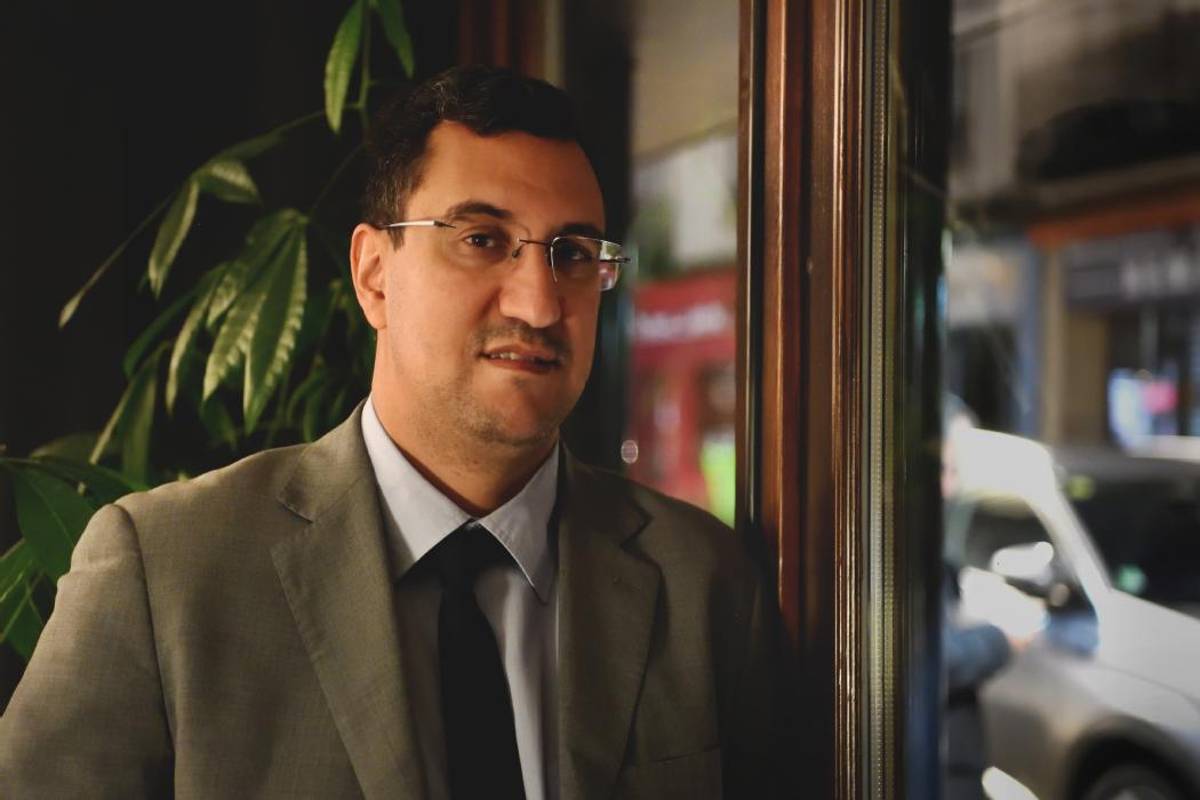 The enmity between the two men, which dates back to 2016, transpires in dozens of texts that we consulted. It reads: “Hello, I saw that you weren’t invested by En Marche! Logic. For your information, Stéphane Séjourné is a friend. I made you a promise at the end of September 2016, I always keep my promises. Sincerely, Boris Faure. » From El Guerrab: “You can tell your chief spook that his methods are not working, nothing will disturb my march towards the commitment I made to Emmanuel Macron. Your case is psychiatric. (…) You are going much too far. »

“Maybe a lot of people wouldn’t have cracked […]. I bitterly regret having reacted to that, confesses M’jid El Guerrab, it’s a terrible failure, I cracked. I had pain too, I had five days of ITT. I reacted as I could with fear and anger, a mixture of all that. (…) My contrition is two years of total silence, work, pain, medical consultations. And the disappointment of relatives and friends. »

One trial, no second term

The Paris prosecutor’s office requested in mid-December his dismissal in correctional for violence with a weapon by destination having resulted in a total incapacity for work greater than eight days, an offense for which he incurs up to three years of imprisonment and 45,000 euros of fine.

However, the Aurillacois is convinced, “there is a lot of argument in [sa] favor and witnesses”. While waiting for the court, he perfects his story of the deputy with rolled up sleeves. Before leaving the Bourbon Palace definitively at the end of his mandate. He who had dreamed of it so much.

Politics – Who is M’jid El Guerrab, the Aurillacois who became a deputy (ex-LREM), sentenced after an attack on a socialist leader?