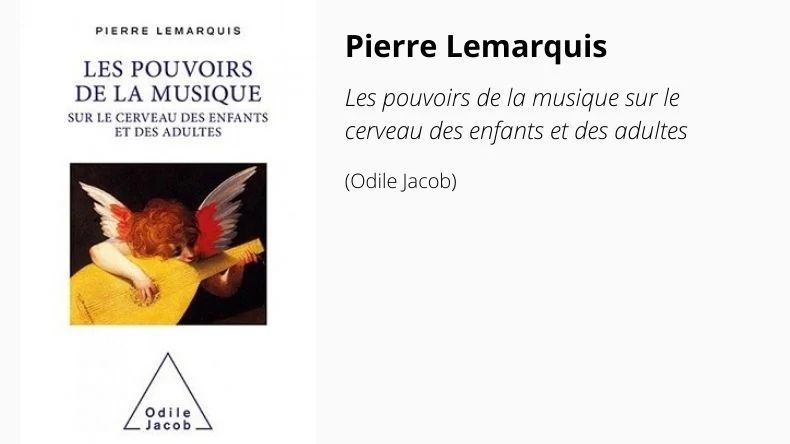 As a neurologist and neurophysiologist, Pierre Lemarquis scrutinizes the way our brain perceives works of art… is music indeed more powerful and penetrating than other arts, as Schopenhauer writes? This is a question we try to answer throughout this Musique Emoi, listening to Bach, the Folia and the Beatles, Glenn Gould, Samson François and Gustavo Dudamel!

Descartes says “I think, therefore I am”, I am more enthusiastic by “musico ergo sum”

“We all have a knack for playing in our heads. At least 40% of the action, or, while working, at 80%: when Glenn Gould read the score, the motor circuit was ready or almost. This is called motor cognition and what athletes call mental training. »

Reading “Music, which goes beyond ideas, […] could somehow continue to exist, even though the universe would not exist […]. This is why the influence of music is more powerful and more penetrating than that of the other arts; these only express the shadow, while she speaks of being […]this is what gives it such a high value and makes it the remedy for all our ills. […]. Accordingly, the world might be called an embodiment of music as well as an embodiment of the will. »
Arthur Schopenhauer, The World as representation and as will.

song of whales
Personal registration of the guest.

The news of Pierre Lemarquis

Music sculpts and caresses our brain.

From early childhood, it contributes to the proper development of motor skills and coordination, as well as to the learning of language. Later, it promotes memory, attention, but also self-confidence and social life. Regular listening or playing music can even relieve teenagers of certain dysfunctions in learning or of their hyperactivity.
And what is scientifically established for the first twenty years of life also remains true for adults: music continues to do our brain good and help us think, even when the children we have been have become grown up or older !

From Mozart to the Beatles via Freddie Mercury and Billie Eilish, how music shapes, strengthens or repairs our brain, with supporting evidence.

A valuable aid for all parents concerned about the good development and fulfillment of their children, young or old, on the motor, cognitive and social levels.

Read also :
Musical creativity under the magnifying glass of neuroscience

Read also :
Development of the human brain: what if music gets involved?

Pierre Lemarquis, neurologist: “We all have the gift of playing in our heads”