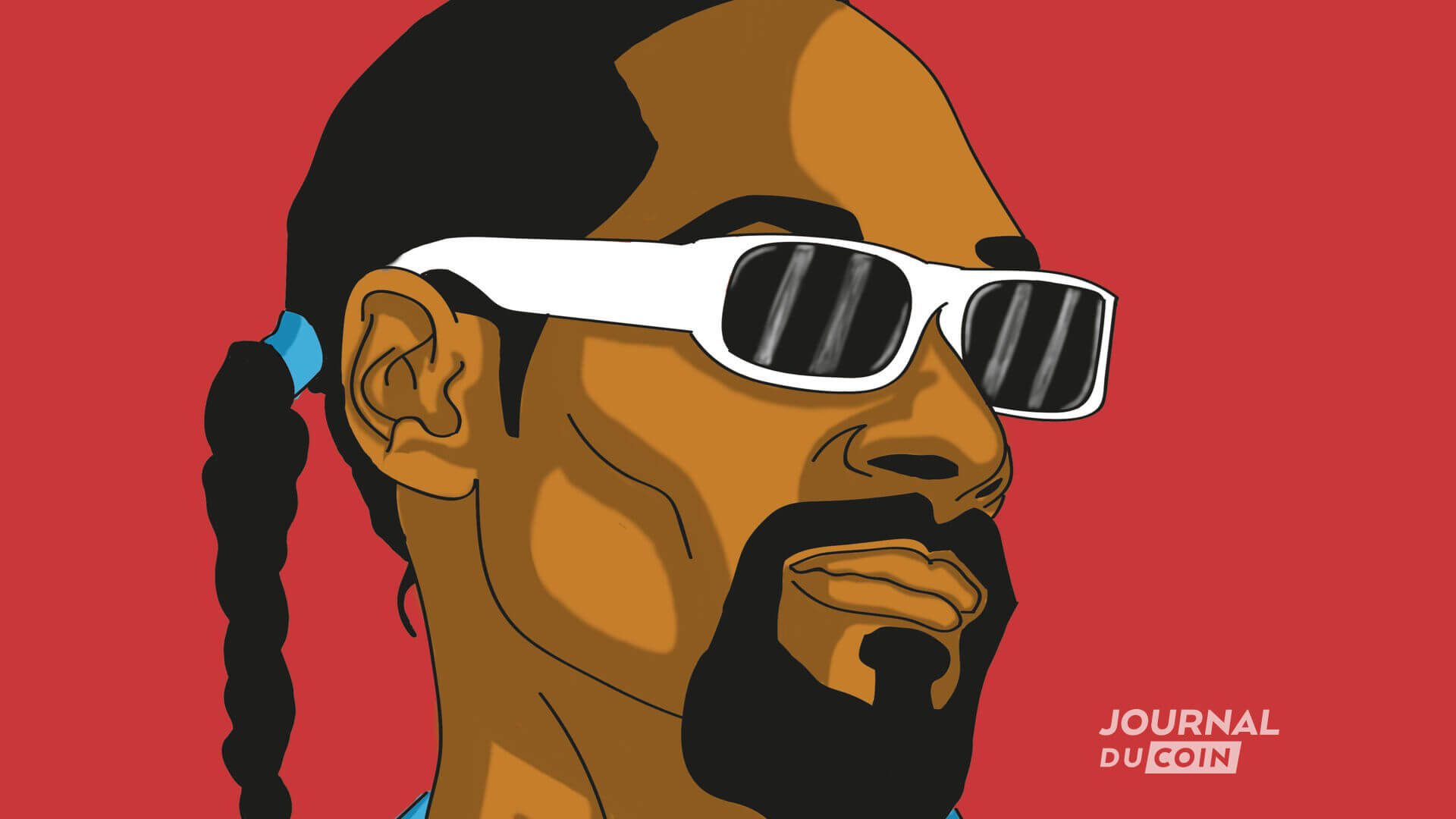 The next episode! – We can’t stop Snoop Dogg! After the launch of his NFT collection, The Doggies, on The Sandbox a few days ago, the famous rapper Californian returns to the charge. After having acquired death rowthe Los Angeles label that launched his career and put West Coast hip-hop on the global map, makes it the first NFT label. Indeed, he has just released his latest mixtape, “Dogg on it” on the OpenSea marketplace.

Dogg on it: Snoop Dogg and his new mixtape on OpenSea

On the day of the Death Row takeover announcement, Snoop released his new album “BODR (Bacc on Death Row)” as an NFT “box”. Only 25,000 boxes were available on the blockchain platform of Gala Games, priced at $5,000 each. Each box included one of 17 NFTs dedicated to each track on the album. The fans who collected the 17 NFTs would be eligible for rewards. Indeed, they will have the opportunity to participate in a party at Snoop’s mansion in Los Angeles.

>> If you missede Snoop Dogg’s box, there remains the IML fund of Invictus Capital (affiliate link). <<

On March 1, 2022, the Long Beach rapper released his latest mixtape, “Dogg on it”, on the OpenSea platform and announces a small revolution for the recording industry. The mixtape is composed of a title, “High”, declined in 4 variants. Collectors of non-fungible tokens therefore have a choice. It is indeed possible to buy the complete piece, the a cappella version, the instrumental version or the instrumental with the choruses. Depending on the version, the floor price varies between 0.145 and 1 ETH.

The artist revealed on his Twitter account that the purchase of one of these titles in the form of NFT made it possible to benefit from the possession Rights.

“You buy the NFT. You own the rights. Did you buy the Snoop Dogg beat? Do your song with. »

In recent times, labels and musicians have flocked to NFTs, blockchain-verified digital assets. These non-fungible tokens give their owners a proof of authenticity and property. Some industry watchers think crypto collectibles could become a major source of income for musicians. Especially in this time when touring is still hampered by the pandemic and the music industry must adapt to the streaming economy.

On February 23, 2022, Warner Music Group announced a partnership with blockchain game developer Splinterlands. This is a real outlet for record label NFT projects and WMG artists. Indeed, NFTs represent new opportunities in this space and put the artists of the labels at the forefront.

Even in this industry filled with crypto converts, Snoop Doggy Dogg has become one of the biggest enthusiasts of Web3. Indeed, he would have amassed $17 million in non-fungible tokens. Moreover, during the takeover of Death Row, the Doggfather announced that the record company would be ” an NFT tag “.

In this ecosystem, each fan who buys music in NFT becomes owner of the work of his favorite musician. Collectors are then able to store the music NFTs in their crypto wallets. Therefore, they can also resell the NFT to a higher bidder thereafter.

Although he is the owner of a unique NFT and can sell it, the musician who created the NFT can also to win money from the resale of his work. This is one of the most effective ways for music NFTs to remunerate the musicians. Snoop Dogg understood it well, music is the future of the NFT sector, and vice versa!

Is being inspired by the greatest in your habits? If so, the example of Snoop Dogg and his constant search for innovation should appeal to you. To do this, nothing could be simpler, Invictus Capital provides you withthe C10 Hedged fund, allowing you exposure to the 10 most capitalized cryptocurrencies in the sector (affiliate link).

Own a musical NFT? Snoop Dogg creates a mixtape on the Opensea platform