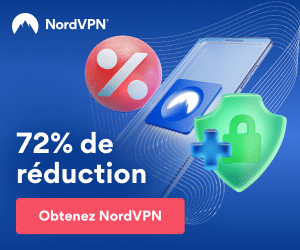 A lot happens in rap, and sometimes, we would be well advised to mark a time to contemplate the fantastic adventures that we missed. That’s good, that’s what we did, in partnership with NordVPN.

March is the month of spring, the month of the first sunny spells. And in French rap, this year, the buds have mostly hatched on stage. Deprived of concerts for a long time, artists have gathered massively on the most prestigious French stages to color a music industry far too marked by the health crisis. And beyond these performances that marked social networks, things happened behind the scenes. And since it sometimes turns out to be very complicated to follow everything that drives French rap, we offer you a brief compilation of the few striking and improbable moments of this month of March.

Oh, and no need to worry about being told malicious stories, know that NordVPN is the sponsor of this article. Security, confidentiality, all that: we’ll talk about that below.

Yes, the best gimmick of this month of March, in French rap, comes from an episode of simpsons. An episode itself inspired by a far too old song. They are called Drismer and PCN, and they are undoubtedly the phenomenon of this early spring. On Twitter, they all simply turned the social network upside down, with a short one-minute piece that went viral to the point of accumulating millions of views. The buzz took for the two friends who were even able to cash a nice check for € 5,000 in showcase thanks to their unique coup, says one of the two main concerned. And as they ramp up their productivity to keep their buzz under wraps, Drismer has put her Nike outfit seen in the visual up for sale for $1,500. Yes, one thousand five hundred euros. The meaning of the buzz, you are told.

Jonathan Cohen, the guest of Orelsan

Solidarity marked French rap this month. Laylow, Dinos, Nekfeu, Damso: the rappers invited each other on the occasion of their centralized milestones in the Paris region. The most unlikely invitation? That of Jonathan Cohen, made up as F*ckin Fred during the Bercy d’Orelsan. So, to repeat the story, this F*ckin Fred was invented three years earlier, during the Caen rapper’s Epilogue tour, his previous tour. He had then invited several personalities to accompany him in his tour-bus. Among which, therefore, Jonathan Cohen, who did more than follow him, since he even imposed himself on the stage of a festival. His performance at Bercy, between madness and absurdity, will certainly be the career peak of an artist like no other.

Laylow gets back up to date

It is not known whether it will be erected again in the name of Man of the Yearbut in any case, Laylow is undoubtedly the Man of the Month. Present twice on the Bercy stage, the author of The Strange Story of Mr. Anderson gave life, through an astonishing scenography, to its rich universe. For nearly a week, the artist has shone the spotlight of the rap sphere on his world, and above all propelled his discography into the top Spotify. After his two performances in the mythical Parisian hall, the rapper sent ten of his songs to the top 200 of the streaming platform. Including tracks dating back several years, including “Maladresse” (147th place) and “Vent de l’est” (71st). A tasty revenge for an artist oh how special.

Macron is nicknamed Eminem by his collaborators

In the deep end of improbable information in March, the most surprising certainly took place at the Élysée. Indeed, the business magazine Challenges revealed that the organizers of Emmanuel Macron’s pre-presidential campaign had given him a rather comical nickname. Namely: Eminem. So, no, the current President of the Republic has no particular talent for rhymes and battles (in any case until proven otherwise): the code name comes simply from the contraction of his first name and his surname.

French rap has a new star, and no, she has no particular affinity with music. Lawyer Naïri Zadourian will indeed join streaming platforms since DA Uzi dedicated a song to her for her next album. The path of the brave. As a reminder, it was this same lawyer who had bailed him out a few months earlier, due to a procedural defect. And as if Master Zadourian’s news wasn’t busy enough: she’s also the one behind Mig’s release. Definitely.

Well, now what if we talk about confidentiality and speed? Private and secure access to the Internet, protection against malicious advertisements: Nord VPN offers the most serene of experiences on your various devices. Ok, there is no filter preventing a wobbly Kanye West edit yet, but the VPN allows you to protect your data and hide your IP address to have complete control of your browsing. And above all, it guarantees a fast and free connection.

On the occasion of NordVPN’s 10th anniversary, get 71% off the 2-year offer with the code “INTERLUDE”. Meet right here.

Orelsan, Laylow, Eminem: the 5 crazy stories of rap in March