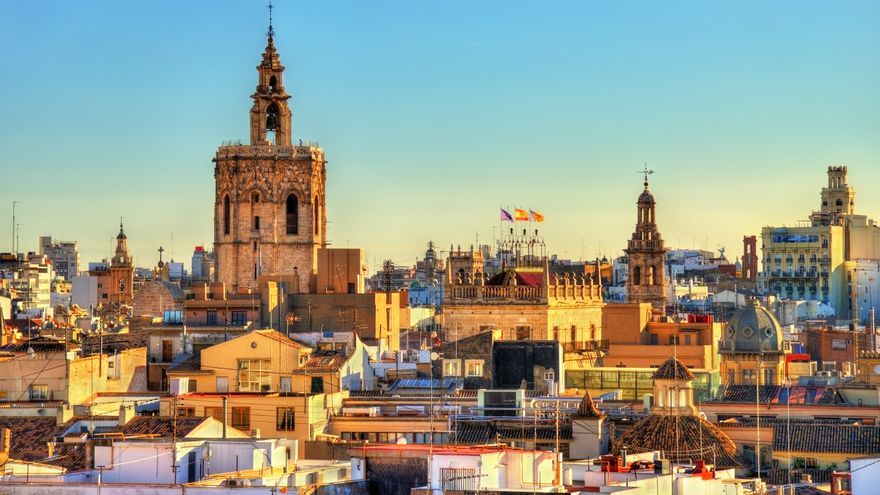 With the traditional reading in old Valencian of “Tirant lo Blanc”the City Council of Alicante has started this morning the cultural events for reason for October 9, day of the Valencian Community. The event was not on the municipal agenda.

The Councilor for Culture, Antonio Manresa, has encouraged all citizens to “participate in this party for all on October 9, Valencian Community Day, when the King of Aragon Jaime I entered Valencia,” according to a statement from the City Council.

The City Council, in collaboration with the Alicante Provincial Councilhas prepared a program with “different proposals designed for all audiences”.

This Wednesday, in the Blue Room of the Town Hall, as the beginning of the program of events, the reading of the first fragment in Valencian of the novel “Tirant lo Blanc” by Joanot Martorell took place. This Friday, in the Municipal Center for the Arts, a total of 350 high school students from the IES Jorge Juan, Jaime II, Antonio José Cavanilles, Miguel Hernández, Figueres Pacheco, together with María Blasco from San Vicente and from the University of Alicante, will read the last part of the novel.

The central acts will take place on Sunday, October 9, in the Plaza del Ayuntamiento. At 12 noon, the Municipal Symphonic Band will offer a concert, directed by José Vicente Díaz Alcaina, whose program includes Reflexions on a territory (Suite) by Rubén Penadés Silvestre, Milotxes (Divertimento for Band) by Ferrán Campos Valdés, Estampas de mi tierra, L´Entrà de la Murta (Pasodoble) by Salvador Giner, characteristic March of Luis Torregrosa García and will end with the Anthem of Alicante and the Anthem of the Valencian Community.

Poster of the acts of the City Council of Alicante information.es

Later, also in the Plaza del Ayuntamiento, a sample of Alicante folklore will take place at 12:45 p.m. in charge of the member groups of the Federation of Folklore: Grup de danses Cresol, Postiguet Dance Group, group of Nanos i Gegans d´Alacant and group of dolçainers i tabaleters members of the Federation.

Admission to both activities is free until full capacity is reached.

Events of the Generalitat: concert, games and fireworks on Saturday

On the other hand, the Generalitat Valenciana has scheduled an acoustic Social Security concert in Alicante at the Teatro Principal, this October 6, and a performance by Dani Miquel at the Azorín Municipal Library, this Friday, October 7. On Saturday, in the Port of Alicante traditional games will be held from 10 ama Concert of Bands of the Federation of Musical Societies (12 hours) and a fireworks display to close the week (at midnight), according to regional sources.

Program of events of the Generalitat Valenciana information.es

Finally, the Plaza de Baix de Elche will be the scene this Saturday of a “Dolçainada” (12 hours) and the “Muixeranga d’Algemesi” (12:30 p.m.), and in Orihuela the exhibition “Rafal’s house. The great unknown”, at the Palacio Marqués de Rafal. There are also open days for the House of the Witches of Alicantethe headquarters of the Generalitat in the province, from 9 a.m. to 2 p.m., but with prior appointment request.

On October 9, in Alicante: concerts, folklore, traditional games and a fireworks display