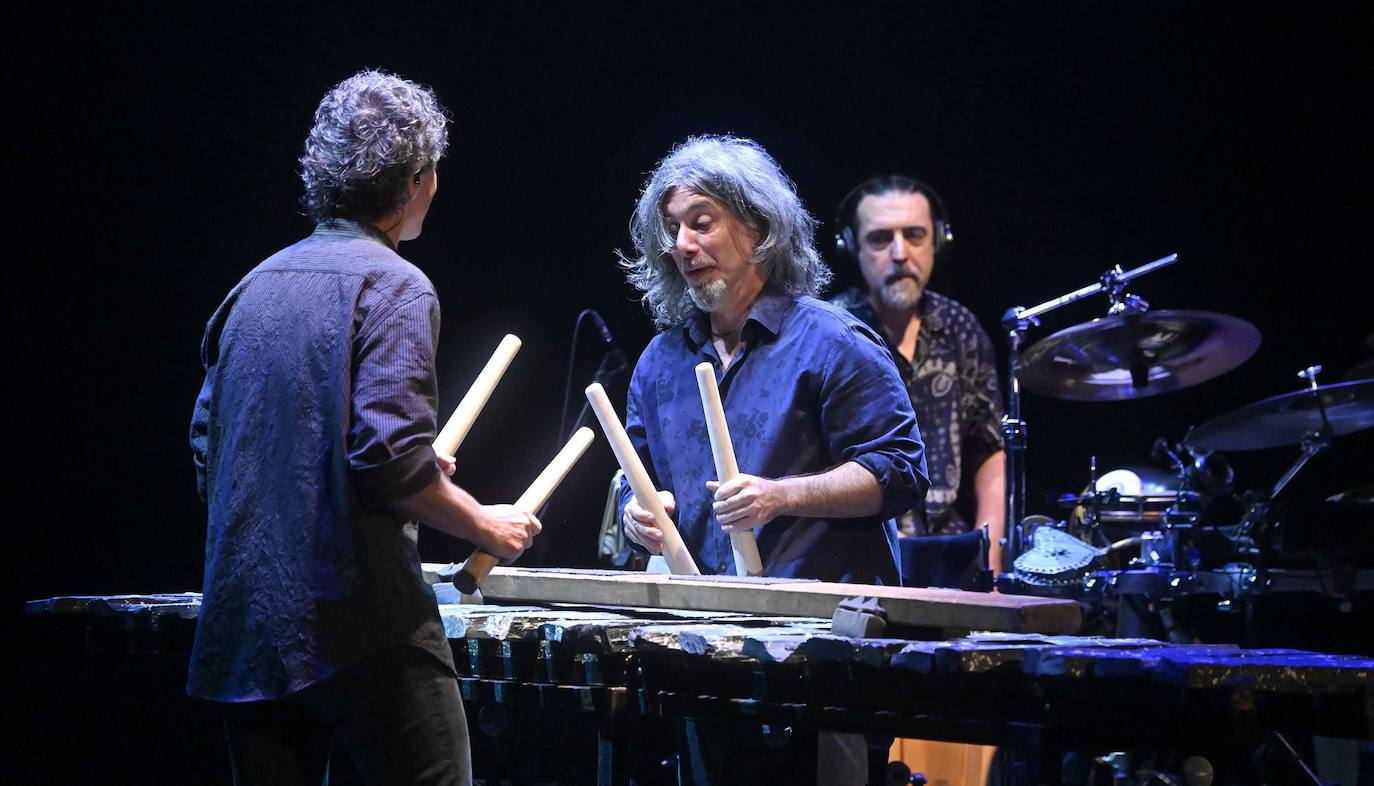 Oreka TX was one of the participating groups in the last edition of JazzEñe. / inigo royo

For the third consecutive year, the JazzEñe initiative returns to the Jazz Festival with the aim of making the repertoire of Spanish musicians, members of SGAE, known to the world. A cycle that also facilitates new connections with international promoters, encourages their participation in foreign jazz festivals and seeks to close collaboration agreements. From this Tuesday and
until next February 24, All those authors and groups interested in participating in this ninth edition of the JazzEñe cycle may apply through an online form enabled on the Fundación SGAE website. The subsequent selection process will produce the final poster with up to four days of double concerts.

The call is addressed to both
SGAE member authors that are part of the music sector, such as jazz groups that, not having an SGAE member as a member, do
use repertoire registered in SGAE. In the latter case, only formations that have a maximum of five components will be admitted. Interested artists must submit their application, in Spanish, through the online form provided for this purpose on the SGAE Foundation website, with the documentation stipulated in the bases.

It won’t be until the next
month of April when the poster is made public with the eight musical proposals, provided that the Evaluation Committee, appointed by the SGAE Foundation and made up of professionals from the music sector specialized in jazz, programmers, as well as institutional representatives and professionals from cultural management, have finished evaluating the proposals and make your selection.

Despite the fact that Jazzaldia has already put on sale the tickets for the concerts that the JazzEñe cycle will program at the Victoria Eugenia during the festival, it is still not known who will be its leading artists. A mystery that, as the director Miguel Martín recently stated, has not prevented the “blind purchase” from going at a good pace, taking into account the level and quality that the initiative has offered in previous editions.

The cycle will take place from July 22 to 25 in the morning (12:30 p.m.) and, for each of the sessions, an entry price of 8 euros has been established. The purchase can be made both in person at the Victoria Eugenia Theater box office, and online through the Jazzaldia website.

Nine years ago JazzEñe was born as a sample of Spanish jazz. After its first edition held in Madrid in 2014, the event moved to Valencia, to the Zaragoza auditorium and to the Echegaray Theater in Malaga. This will be the third time that it will take place at the Victoria Eugenia Theater in San Sebastián, as an integrated cycle at Jazzaldia.

Throughout these years, more than 60 groups have performed their repertoires at festivals around the world thanks to this program, such as Chicuelo & Mezquida at the Tokyo Jazz Festival; Antonio Lizana, Rycardo Moreno and Pedro el Granaíno at the Flamenco Biënnale in Amsterdam and Rotterdam; Daniel García Trio at the Cankarjev Sun. from Ljubliana, at Jazzplus in Bulgaria and at the Jarasum Jazz Festival in Korea; and Daahoud Salim Quintet that has just debuted in New York, with the collaboration of Jazz at Lincoln Center On The Road Series.