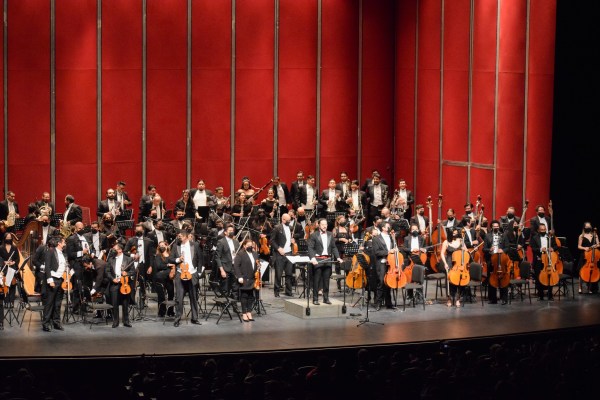 Throughout the month of October, the Toluca Philharmonic Orchestra will have several concerts, four presentations that OFiT will perform and each one of them with a different musical program, from popular music to classical music.

The first of these concerts will take place on Sunday, October 16 at the Morelos Theater in Toluca at one in the afternoon. In this presentation as part of its Sunday Season, the orchestra will perform Tchaikovsky’s Symphony No. 5, with which it will continue its journey through the works of the renowned Russian composer and throughout this year, the OFiT has paid tribute to Tchaikovsky through his music.

The second presentation will be next Thursday, October 20, with which the Toluca Philharmonic Orchestra will arrive at San Pablo Autopan as part of its Delegation Season. The concert will take place in the Chapel of the Barrio de Santa Cruz and will begin at 7:00 p.m.

In an interview for Así Sucede, Gerardo Urbán y Fernández, director of the Toluca Philharmonic Orchestra, confirmed that on Sunday, October 23 at one in the afternoon, the OFiT will perform at the Parque Metropolitano Bicentenario with a Tribute to Juan Gabriel; This will be one of the main shows of the Alfeñique Toluca Cultural Festival 2022.

The fourth and last concert that the Toluca Philharmonic Orchestra will give this October will be on Thursday, October 27 at the San José Cathedral at seven at night.

“Continuing within the framework of the festivities, we will close this month with the concert ‘In memoriam’, In memory of whom? As it does every year, the Toluca Philharmonic Orchestra will perform a concert in memory of all the deceased in our city. The municipality of Toluca, in this rehabilitation that it is carrying out of the municipal pantheons, discovered that there are many graves that have been used in a common way. Unfortunately, many people die and there is no one to claim their bodies, not only from violent acts, but also from people who die in poverty or die alone in their homes and for some strange or sad reason their bodies are not claimed, so the The Toluca City Council wants to dedicate a concert on Thursday, October 27 at 7:00 p.m. in memory of those who died in the dark but who we want to remember and raise a prayer for them,” explained the OFiT director.

Gerardo Urbán y Fernández explained that the entrance to all the concerts will be free, although he stressed that free tickets will be given for the concert “Homage to Juan Gabriel”, as well as for the rest of the presentations that will take place in the Metropolitan Park Bicentennial as part of the Alfeñique Festival. According to the director of the OFiT, the tickets will be delivered through a registry through which a QR code will be granted to the public starting this October 10.

Finally, Gerardo Urbán y Fernández announced that the Toluca Philharmonic Orchestra is already preparing for the final stretch this year with a series of concerts for both November and December; among them is the concert dedicated to Generation Z on November 2 at one in the afternoon at the Morelos Theater, which will culminate this series of presentations that the OFiT dedicates to the music that has marked the different generations.

OFiT will have four concerts in October