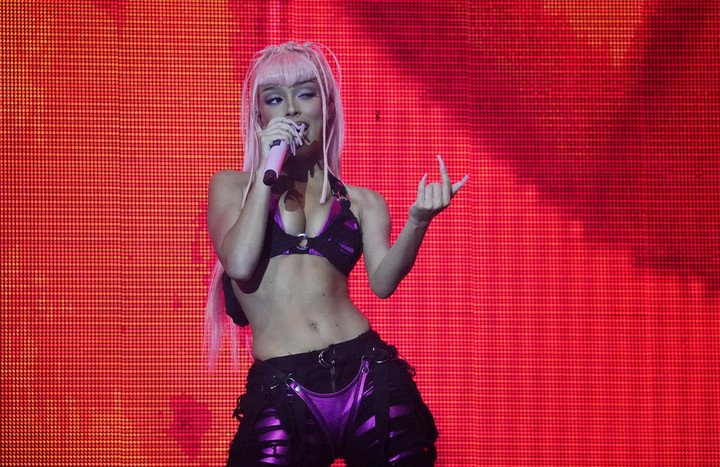 In another unexpected message, the singer told a radio that yes, she will indeed stop making songs.

People who don’t know what they want, no doubt. The popular singer Doja Cat, who ten days ago appeared at the Lollapalooza Argentina festival at the San Isidro Hippodrome, insisted again on her idea of ​​retiring from music.

That was what he told a radio in the state of Florida, in the United States, when the station published on its social networks that “Apparently Doja Cat is not going to retire from music.” Immediately after, the artist herself replied “Of course I do.” She was even more explicit in English “Yes the fuck I am”.

In this way, Doja Cat added a new chapter to the twists and turns of her decision, which in the last week she said and then refuted and now confirmed again.

The rapper and pop star began her tweets when a performance in Paraguay was canceled last week due to strong winds and storms. Her fans went to see her at the hotel and expressed her disappointment, and instead of thanking them for her gesture, she began to tweet that she would leave music.

“I don’t give a damn, I want to quit and disappear. I don’t need you anymore and I don’t need you to believe me or not. Everything is dead to me. Music is dead and I’m a fucking fool to think I was made for this. This It’s a fucking nightmare, so stop following me.”

However, two days later he recanted and apologized for his tweets, implying that he was not going to retire. That prompted the Florida radio comment…and the new message from him.

The episode in Paraguay

In detail, what happened in Asunción was a succession of events that the singer misinterpreted and that made her anger and anger grow. A fan told her that her followers spent a whole day in front of the hotel, in the rain, and she claimed that she never came out or said a word. She questioned that she thought they would be the next day. Doja Cat was not silent.

“I regret all the time I spent getting ready that day for the show that I was breaking my back every day to give to you guys, but God bless,” he said.

Little by little he was filled with answers that questioned his attitude.

As a result of what happened, they created the hashtag #DojaCatIsOverParty on Twitter in which Internet users from different Latin American countries expressed their solidarity with Paraguay.

After the cancellation of the Asunciónico, the largest music festival that takes place in Asunción del Paraguay, the capital of the country, due to a strong storm, many fans lamented certain attitudes of artists, such as Dave Grohl, from Foo Fighters, who did not even go out to greet the public outside the hotel.

Only drummer Taylor Hawkins came out to meet Emma, ​​the girl drummer, and talk to people for a while.

In the case of the American rapper, what triggered the anger, and even cancellation, was that she complained that there was no one outside the hotel for her.

Instead, Machine Gun Kelly called the crowd in front of the hotel where he was staying and put on a loudspeaker show. In addition, LP, La Vela Puerca and He Killed a Motorized Police gave two shows.