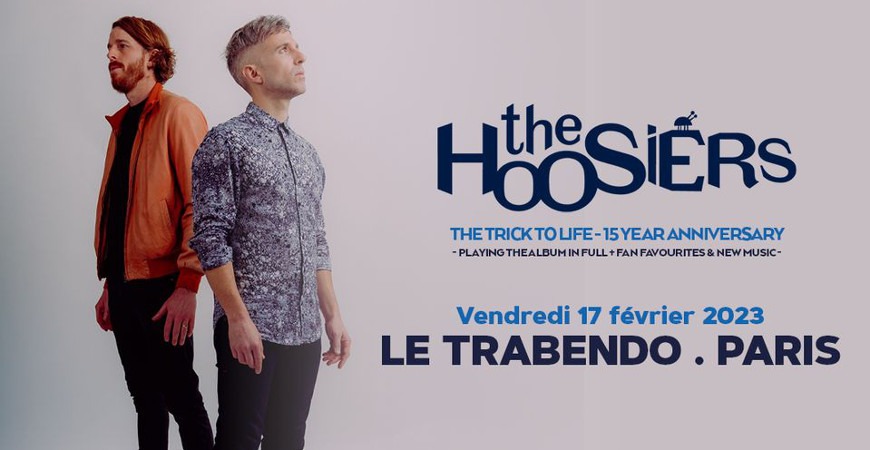 New concert announcements. The Hoosiers, Brian Adams, Delain and zebra head will be visiting us soon. Where and when ? The answer is here !

“Indianapolis-formed British pop-rock band The Hoosiers will return in 2023 for a European tour. Long ranked at the top of the charts in England, the group consists of singer-guitarist Irwin Sparkes, drummer Alfonso Sharland and bassist Martin Skarendahl, of Swedish origin. In July 2007, they released their first single, Worried About Ray, which quickly became a hit and went to number five on the UK singles chart. Their second hit, Goodbye Mr. A, immediately enjoyed even more promising success as it took fourth place in the best-selling singles across the Channel. A few months later the group released their first album The Trick To Life, mixing very British pop and more rhythmic rock. The latter is a big success in the United Kingdom but also in France and in the Nordic countries. In 2010 after a few years of break, their second album The Illusion of Safety appears and is part of the pop rock and melodic pattern that made the success of the first. The Hoosiers will return to France next year with a European tour to mark their fifteen-year career and will release a fifth album in summer 2023. 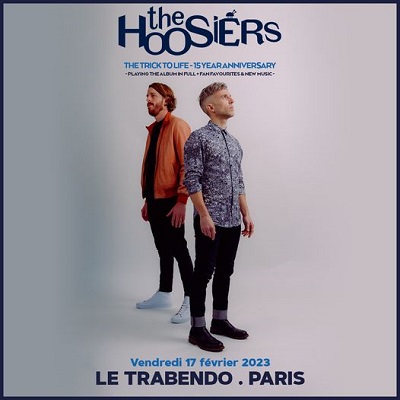 “After 6 years of absence, Bryan Adams is back with a world tour! He will be in France for a unique date on December 12, 2022 at the Dôme de Paris – Palais des Sports, with RFM! » 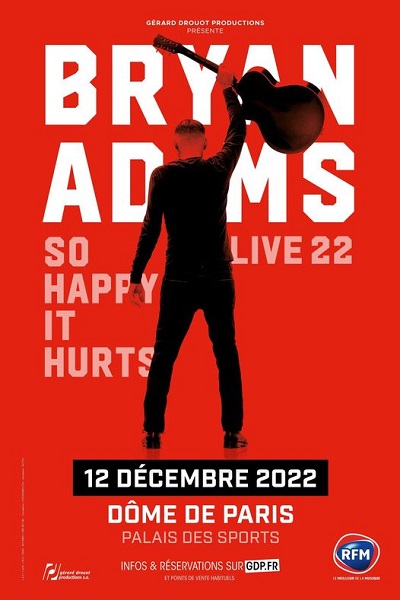 “Delain and his new singer Diana Leah will take over the Trabendo in April 2023.”

“Zebrahead is an American Punk-Rap band from California. Formed in 1996 by singer/guitarist Justin Mauriello, guitarist Dan Palmer, bassist Ben Osmundson and drummer Ed Udhus, the band didn’t allow themselves to be influenced by the local Ska-Punk trend of the moment. They began to incorporate elements of Hip-Hop into their music, and recruited rapper Ali Tabatabaee. Since its formation, Zebrahead has sold over 2 million albums, survived member and label changes, been nominated for Grammys for a collaboration with Motorhead, and never stopped touring the world. In 2019, the band released Brain Invaders, their 13th studio album. The occasion of a remarkable visit to Paris at La Maroquinerie! In 2021, Zebrahead announced the departure of their singer and guitarist Matty Lewis, who had joined them in 2005, replaced by Adrian Estrella. The group then unveils a new EP III, which they will present on March 1st at Backstage By The Mill (Paris)! »