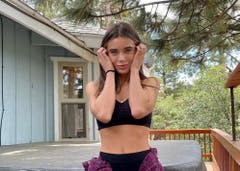 The best known case was the recovery of the song “Running up that hill” by British singer Kate Bush. A success of 1985, which was again in the summer of 2022.

The television series “Stranger Things” is one of the most popular on the Netflix platform, and a ideal laboratory to revive old pop hitsthanks to the occult arts of its music coordinator, Nora Felder.

The best known case was the recovery of the song “Running up that hill” by British singer Kate Bush. A hit from 1985, which was again in the summer of 2022.

On May 30, after the broadcast of the first episodes of the fourth season of the series on Netflix, “Running up that hill” climbed to the top listening positions on Spotify, leader of music platforms.

And on the rebound, other Kate Bush songs became popular again, with an increase “of 1,600%” of the downloads.

Nora Felder is the master of ceremonies for that phenomenon, something that requires more cunning than it seems.

“It’s amazing! We knew it would be special, because we already used ‘Should I stay or should I go’ by the Clash in the first season, and there was a spike in downloadsFelder told AFP in a telephone interview.

“But we did not imagine thatWhat would take this dimension for Kate Bush“, Add.

Felder crowned his success with “Stranger Things” with an Emmy Award.

Many more people now listen to his lectures, he explains.

“People think that it is enough to put in any good song“, it states.

“We actually coordinate all aspects of a project’s music, whether it’s the creative part or the negotiation of the rights to a song.or choose composers, musicians…“, details this Californian, who has already coordinated the soundtrack of the series “Californication” or “Ray Donovan”.

Felder worked in New York, first as a programmer in a club, and then recruited by producer Phil Ramone (no connection to the Ramones) to record Paul Simon, Sinead O’Connor, Cyndi Lauper or Iggy Pop.

past fiftyFelder is based in Los Angeles, epicenter of the film industry.

she knew that Kate Bush was “very selective” with the use of its repertoire.

“I took a long time to contact their representatives, tell them what it represents [la canción] For the historycharacters”.

But what Felder did not know was that during the negotiations, Kate Bush was watching the seriesand that he liked it.

“When we received your approval it was a great reliefbecause this song meets all the demands of the series”, he reiterates.

“Running up that hill” was successful four decades ago, contrary to “Master of puppets”a song by the heavy group Metallica, whose appearance in “Stranger Things” also had a multiplier effect.

“This song suits Eddie’s character very well, which suits everyone. Some reject metal like someone rejecting a book without opening it, but thanks to Eddie, viewers opened the book and loved that Metallica song,” says Felder.

In the Netflix series, Eddie Munson appears in season four as a young rebellious “metalhead”, guitarist in a small group, appreciated by those who know him closely.

In gratitude for this renewed success of their song, Metallica sent Felder flowers and a collector’s edition of “Master of Puppets” (the title of the 1986 album). when the music coordinator was nominated for an Emmy.

“Now they follow me on the networks, and when I realized it, I said to myself: ‘oh, but it’s Metallica!’“.

“As far as music is concerned, I’m still a girl“, recognize.