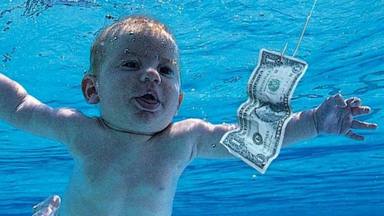 The judicial controversy over the ‘Nevermind’ case is still more alive than ever. And it is that, after the last dismissal of the complaint, Spencer Elden returned to file a new accusation to which Nirvana’s lawyers have not hesitated to respond. A response in which the legal defense of Dave Grohl and Krist Novoselic makes the band’s version very clear again, trusting in a new dismissal.

Although a judge had already dismissed the lawsuit against Nirvana presented by the cover baby Nevermind, Spencer Eldenafter the deadline to answer the request for dismissal -excuse the redundancy- filed by the band passed, Elden returned to the fray seeking compensation for the alleged damages caused by the band and the rest of the defendants.

The new lawsuit, filed in the Central California District Court, requested: “Damages arising from each of the Defendants’ violations during the ten years prior to the filing of this action and ever since, of the federal child pornography and commercial exploitation of minors laws“.

As in the previous request, the band was the target of the prosecution along with Universal Music Group and photographer Kirk Weddle. Elden requested compensation from $150,000 by defendant, as well as that the fees of their attorneys be paid.

But Unsurprisingly, now, the attorneys representing the surviving members of Nirvana, Dave Grohl and Krist Novoselic, have filed another motion to dismiss the caseas reported Spin . “For Elden, this is the strike three, this case must end”says the motion. In addition, the band’s lawyers have requested “an order dismissing this action, with prejudice”.

For now we will have to wait a few more days, since the hearing is scheduled for next February 24 in the city of Los Angeles. A date in which we hope that this turbulent case that is extending too much in time will be definitively closed.

The beginning of the controversy

It all started last August, when Elden sued Nirvana for child sexual exploitation, claiming that his image on the cover of ‘Nevermind’ was child pornography. spencer requested “damages arising from each of the defendant’s violations of the federal child pornography statutes.”

In September, Elden asked Universal Music to stop using the album cover featuring his genitalia, especially for the 2021 reissue. However, the anniversary editions, which came out in November, remain presenting the original cover. That month, Elden filed an amendment to his claims, citing entries from Cobain’s journals to support his case.

Earlier this month, on January 3, the judge Fernando M. Olguin dismissed the case after Elden’s legal team failed to meet the deadline required to respond to a request to dismiss. However, in passing his sentence, Olguin did “with permission to appeal”which allowed Elden another opportunity to refile this new amended lawsuit against Nirvana before the new deadline, on January 13.

“Plaintiff is advised that if a second amended complaint is not timely filed, this action will be dismissed without prejudice for failure to prosecute and/or breach”said the current sentence.

Nirvana wants to end, once and for all, its legal battle against the baby of ‘Nevermind’