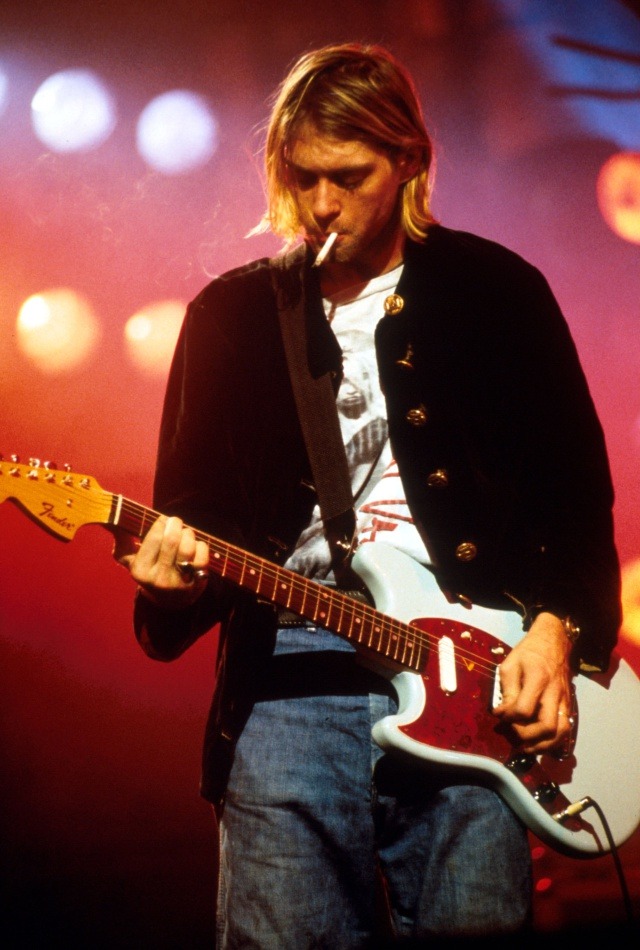 “Kurt is in the hospital. Kurt has been arrested. Kurt has overdosed.”. the leader of Nirvana He was always in the spotlight of the tabloids. Especially after her marriage to Courtney Love and the birth of her daughter, Frances Bean. The rumors about her health and that of her family were unstoppable. On August 30, 1992, during Nirvana’s performance at the Reading Festival, Kurt Cobain taunted and ridiculed the ‘gossips’. He only used three things: a wheelchair, a wig, and a hospital gown. And besides teasing the tabloid press, that day Nirvana offered a concert that has gone down in history.

never mind (1991) shot Nirvana to the top of the world charts. The first single, Smells like teen spiritrazed, as they also did come as you are either lithium. The Aberdeen band was making a deep impression on the public. That is why, legitimately, they occupied their first space among the ‘headliners’ of the Reading Festival 1992. On Sunday, August 30, 1992, for the first time, the name of NIRVANA appeared in a big way, ahead of the rest (Nick Cave, Mudhoney, Teenage Fanclub, Pavement or Screming Trees). On Friday, the 28th, the ‘main’ group was The Wonderstuff and on Saturday, Public Enemy.

At that time, without smartphones, there was little access to official news and ‘fake news’ flooded the tabloids. Kurt Cobain was cannon fodder. His lifestyle, his marriage to Courtney Love, or the recent birth of his daughter, Frances Bean, justified the enormous attention the press devoted to it. There was a continual stream of stories about urgent hospital visits or collapses (both): “Kurt’s in the hospital. Kurt’s been arrested. Kurt (or Courtney) overdosed. The baby was born deformed…”

The Nirvana frontman was taken aback by the negativity the media was showing towards the woman he loved. Two weeks before the concert in Reading, an article appeared in Vanity Fair in which journalist Lynn Hirschberg wondered if Kurt and Courtney were “the grunge version of John and Yoko or the next Sid and Nancy (in reference to the famous and tragic story of Sid Vicious (Sex Pistols) and Nancy Spungen). Also mentioned that Love had used heroin when she must have been pregnant for several months.

Dave Grohl: “It’s going to be a disaster”

The thing is that in the edition of Reading from 1992, the spotlight was on Nirvana. Of course, there was also speculation about the fragile relationships within the band. And there was a rumor circulating strongly that Sunday: Nirvana would not appear at the festival. He had his logic. There was evidence that all was not rosy for the giants of grunge. At that time, the mood was tense.

Kurt Cobain in a photo from January 1990 / Getty Images/KMazur

As drummer Dave Grohl later commented on The Scotsman: “We rehearsed once, the night before, and it didn’t go well. I really thought, ‘This is going to be a disaster, this is going to be the end of our career, for sure. ‘ Kurt had been in and out of rehab, communication in the band was beginning to be strained. Kurt lived in Los Angeles, Kris (Novoselic) and I lived in Seattle. Even people weren’t sure that we would show up at the concert.”

The wheelchair, the wig and the hospital gown

They did show up. And they absolutely dominated the stage. What nobody expected was the ace that Kurt Cobain kept up his sleeve. His response to those who had vilified them. His cut sleeves to gossip. A full-fledged comb to the media that had speculated on his health, his wife’s… and his daughter’s.

When the lights faded a figure in a long blonde wig and a white hospital gown, was pushed onto the stage…on a wheelchair. Kris Novoselic solemnly addressed the audience: “He can’t… it’s too painful… With the help of his friends and family, he’s going to make it.” An affected Cobain (obviously it was him) reached for the mic stand and tried to get up. On his knees, he began to sing the first sentence of The Rose by Bette Midler (the movie about a rock singer who dies of a drug overdose): “Some say, ‘love, it is a river,'” she crooned before theatrically flopping backwards onto the stage.

A few seconds later, he sat up, calmly grabbed his guitar, and played brilliantly. breed. He even he would keep the wig and the robe during a good part of the concert in which the band made a masterful tour of its entire repertoire (the one from never mind (1991) and that of bleach (1989), plus a couple of versions. And they continued to send critical messages to their detractors. Before we play the new song all apologiesaddressed the audience: “This song is dedicated to my 12-day-old daughter and my wife. There have been some excessive things written about her, and she thinks everyone hates her. This is being recorded, so I want you all to say ‘Courtney, we love you’ on three”… The public did so.

And before it rang Smells like teen spiritNirvana played some notes of More than a feelinga raised middle finger directed at those who had pointed out that the riff on his smash hit had similarities to the 1976 Boston song.

“Where is the wheelchair?”

Everything was planned. Melody Maker journalist Everett True, also a friend of the band, had been in charge of pushing the wheelchair that night. He would later recall in Clash Music magazine, that the ‘prank’ “had been planned the night before to answer everyone who had been gossiping about Kurt and his wife.

“Where’s the wheelchair?” Kurt asked. “I was supposed to play a prank on those journalists who have been writing about me,” she patiently explained to his friend. “The idea is that I’m going to pretend I’m sick, and I’m going straight out of the hospital. See, I have some gowns lying around and some hair extensions…so I’ll be more like Courtney.” “In that case, why don’t I push the wheelchair onto the stage?” Everett offered. “It’ll be the most fun. You can’t do it if you’re supposed to be sick… And you can wear this blonde wig of my sister’s.”

In addition to fueling a new controversy, Nirvana’s Reading concert became the stuff of legend. It is remembered as one of the best live performances of the group… and in the history of the festival. Unfortunately, it was also his last performance in the UK. “It ended up being a wonderful concert,” said Grohl. “And healed us for some time.”

Nirvana: in a wheelchair, wig and hospital gown… that’s how Kurt Cobain’s ‘comb’ went to gossip