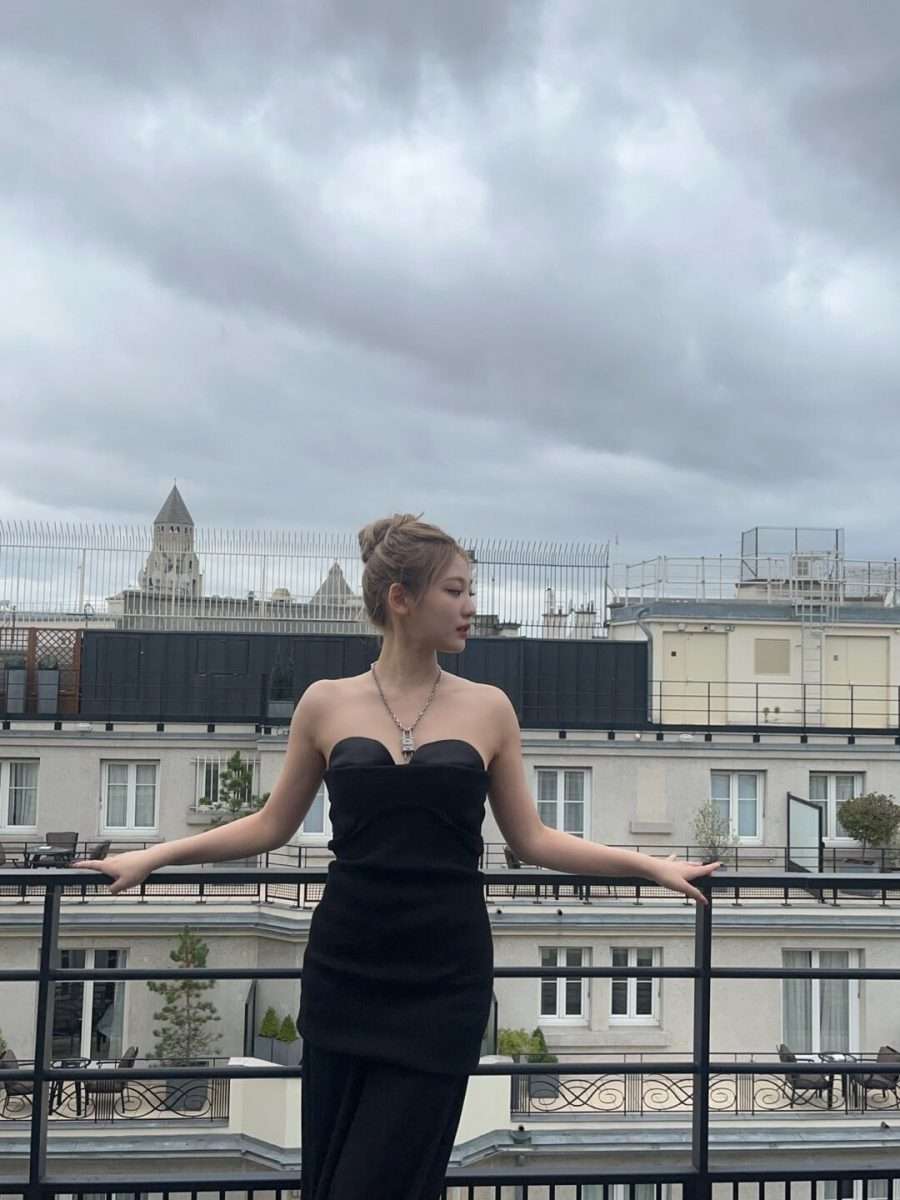 On October 5, a video of Ningning walking to his car in Paris was posted on Twitter (post now deleted). The singer was seen wearing a designer black mini dress with her hair styled in a neat bun.

As a famous K-pop idol, Ningning immediately caught the attention of fans in Paris. In the video, fans can be heard shouting his name as they stare at Ningning. The K-pop idol was seen ignoring the screams and quietly walking towards her car. In the video, NingNing walked through a group of fans, and as they started shouting her name, the idol reportedly covered her ears and continued walking to the car.

Even in the car, NingNing looked uneasy as she sat down with a rather gloomy look on her face.

When the video was posted, netizens used the clip as a way to show the idol was being “rude” to fans for ignoring them.

Many who saw the clip were disgusted by Ningning’s actions. People think that as a public figure, she shouldn’t show how annoyed she is by her fans and should have at least smiled or greeted the fans by shouting her name.

Ningning still a nugu but look at her rude azz…girlie said get lost yall @girlsforina she hates you 😂😂 https://t.co/rLEsUzngXm

However, other Twitter users slammed the person who posted the video, saying the clip was taken out of context to provoke a backlash against Ningning. In another video from the same evening, Ningning was seen waving to fans after getting into the car.

Right away, many pointed out that the clip was easily cut out of context, and those in attendance explained that the idol was adjusting her AirPods, not covering her ears.

Many also pointed out that NingNing’s journey to arrive in Paris was definitely something that could have an emotional impact. After noticing that NingNing hadn’t joined the members at the airport, the idol explained that she had issues with her visa, which meant her trip was delayed.

In the morning, Ning post “hehe”, which is “呵呵”(She is not happy)

The first sentence “没办签证的意思”，means her visa is not issued and can not go to Paris with members. So some ppl start blaming her (for her nationality or smt else).

Considering the stress of visas, long trips and busy schedules, netizens felt he wouldn’t have been surprised if she didn’t feel 100%, especially with fans expecting some fan service all the time.

Others explained that this moment happened late in the evening. Throughout the trip to Paris, NingNing constantly impressed fans with her interactions that really showcased her personality. Many pointed out that it really showed NingNing’s attitude towards the fans rather than an out-of-context clip.

Ningning D’aespa Criticized For Her “Rude” Behavior In Paris, Fans Come To Her Defense