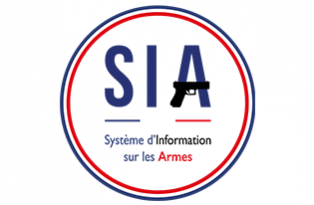 New information system on weapons: who must already create their personal account in the SIA?

The new weapons information system (SIA) has been accessible to holders of hunting weapons (adults) since February 8, 2022. The creation of a personal account in the SIA is now essential for them to acquire or transfer a weapon. Otherwise, you have until June 30, 2023 to create your account.
All private gun owners will gradually have access to the SIA from the summer of 2022.

The new French weapon information system (SIA) is operational since February 8, 2022date of its opening to holders of hunting weapons.
The other categories of private holders (licensees of the French ball-trap, ski (biathlon) and sport shooting federation and collectors) as well as the holders of non-licensed weapons (former licensees of the sport shooting, ball-trap and ski federations) will be able to create an account from the second half of 2022. The Central Arms and Explosives Service wanted to postpone the opening to these holders so that all the players (professionals, gunsmiths, prefectures) take ownership of the new system.
Before the end of 2022, people in possession of a weapon following an inheritance will be able to use a specific system put in place to facilitate the registration of their weapons.

Creating a personal account in the SIA is quick and accessible. Holders can do this from home by logging into the SIA holders area

A help document for creating an account is available from the home page and then throughout the process.
In the event of difficulty related to the lack of computer equipment, internet connection or habit of using the digital tool, the holder can get help from the digital reception points which exist in all the prefectures.
Hotlines are also organized by the latter for at least one day a week.
Gun owners will also be able to find help from their federation or gunsmith. The SIA was designed in close collaboration with the four major federations of firearms owners (hunting, shooting, clay pigeon shooting and skiing/biathlon) and representatives of firearms professionals.

What will the personal account holder be used for?

When creating an account, the holder receives an SIA number. This number is personal to him and will follow him throughout his life. He will communicate this number to his gunsmith each time he goes there. Before July 1, 2023, opening an account is mandatory only if the holder wishes to acquire or sell a weapon. Beyond this date, it will be mandatory to have an account regardless of the process.
Thanks to his SIA number, the holder will be identified in the system by the professionals but also by the administration, which will be able to communicate directly with him via his personal account.

When he opens his account, the holder has direct access to his digital rack, in which he finds all the weapons he holds, in any case all the weapons he is supposed to hold in the eyes of the administration. It is possible that not all weapons are displayed. It is then up to him to save them in his rack. The holder has 6 months from the date of creation of his account to update his rack, in particular by adding a new weapon which should have appeared there or by reporting errors (e.g. weapon which should not appear in his rack because sold, information relating to one or more erroneous weapons, etc.).
From the summer of 2022, the holder will gradually have access to all the administrative procedures previously carried out by him by post or by the gunsmith. He will be able to validate the acquisition of a firearm, generate a European firearms card, apply for authorization or even apply for a collector’s card. The SIA entails significant administrative simplification measures for the weapon-holding user.

What do you need to create your SIA account?

Creating an account in the weapon information system is as simple as creating an account on a merchant website, for example. However, as this is an account requiring personal information and a number of documents to justify his right to hold and acquire weapons, several supporting documents are requested during the procedure. It is therefore advisable to have these documents available in a digital format to facilitate the creation of your account.
Until summer 2022, only hunter weapon owners have the possibility to create their account if they wish or if they have to buy or sell a weapon. They must provide a copy of their hunting license, a copy of their identity document and proof of residence. The validation of the hunting license can also be attached to these documents but is not mandatory to create an account. The “help” section allows you to obtain explanations at any time on the information to be provided.

All players in the world of weapons connected thanks to the SIA:

The creation of the new information system on weapons leads to the elimination of all the paper documents which were exchanged up to now between the gunsmiths, the prefectures and the holders. Throughout 2022 and before the end of the first half of 2023, all procedures relating to the possession of weapons will be gradually computerized and automated.

The SIA is based on the networking of all players in the world of weapons. When a holder goes to buy a weapon from his gunsmith, the latter will enter the information directly into the SIA and it will be instantly made available to the prefecture but also to the holder himself, and this is one of the major developments. The old system (AGRIPPA) was accessible only to State services. The SIA is accessible to the administration, but also to arms professionals (gunsmiths, importers) and to the holders themselves, who are at the heart of the system.

The purposes of the SIA:

Traceability – knowing at any time where a weapon is – is a strong objective of the information system on weapons. It responds to a security issue, which requires that any weapon that is manufactured or that enters the national territory is registered in the SIA and only leaves when it leaves the territory or is destroyed. The SIA will thus make the data relating to the holders of weapons more reliable.
But this new system is also a remarkable step forward in terms of modernizing public policy on the possession of weapons in France since it will lead to significant administrative simplification measures and total dematerialization of administrative procedures for holders.

The creation of a personal account before July 1, 2023 will be mandatory to maintain your right to own your weapons beyond this date.