Naruto<, which began airing twenty years ago on October 3, 2002, is one of the most popular entertainment franchises in the world. To celebrate the 20th anniversary, many new projects are announced.

As part of many new projects already announced, including the opening of a new Naruto website, Sasuke Shinden is getting his manga adaptation, several new Naruto illustrations, and now, a 10-minute promotional video that summarizes the main events of the anime. Naruto and Naruto Shippuden has been uploaded by Studio Pierrot.

The new video shows completely redone footage, which means the iconic scenes we know and love are now even more enjoyable as the new art style is stunning and mesmerizing. Basically that’s what a remake of the anime could give.

The creator of the Naruto manga series, Masashi Kishimoto, said that the Naruto anime is designed to be enjoyed not only by Japanese people, but also by overseas fans. 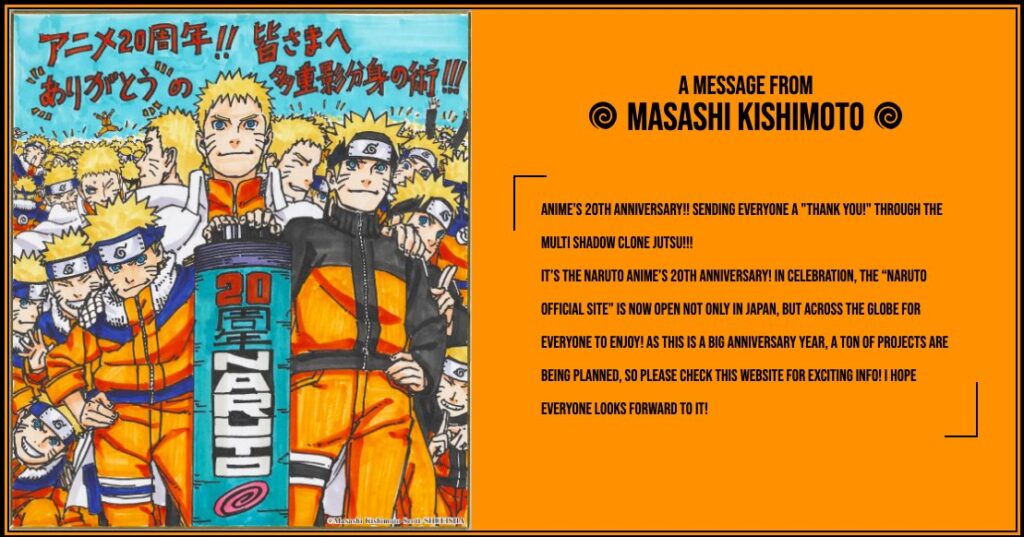 Very well received by fans, they want a complete remake of the anime:

Fans love the newly animated Naruto scenes, and if the production committee decides to remake the entire Naruto series, it will undoubtedly break streaming records.

MrBeast was impressed with the quality of the animation. In one of the reanimated clips posted on Twitter, MrBeast commented “How much do I have to pay to get every episode like this?”. One person replied that it would cost around $9 million to host Season 1, to which MrBeast said “Deal.” 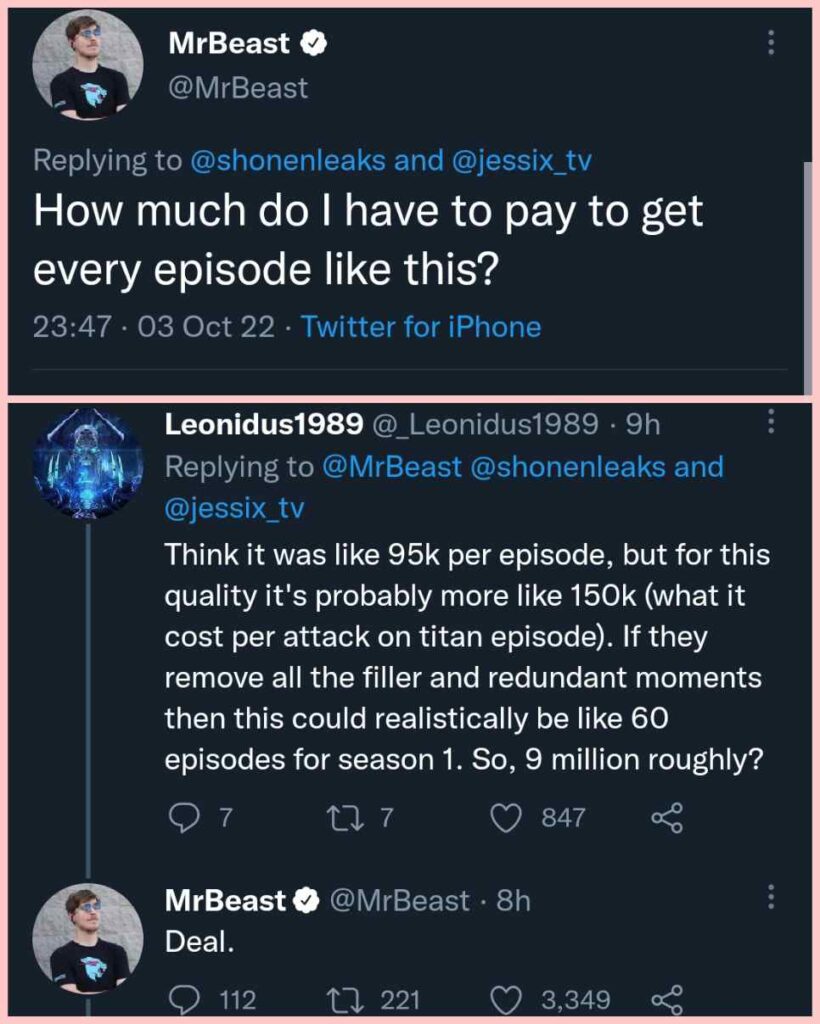 In another Tweet, MrBeast dipped into Boruto saying that to celebrate Naruto’s 20th anniversary they should make Boruto watchable.

The Naruto anime is based on the manga of the same name, written and drawn by Masashi Kishimoto, who began publishing the manga in Weekly Shonen Jump in 1999. Fifteen years later, he ended the manga series in 2015. The manga series has been collected in 72 volumes.

The Boruto: Naruto Next Generations anime debuted on April 5, 2017 on TV Tokyo.