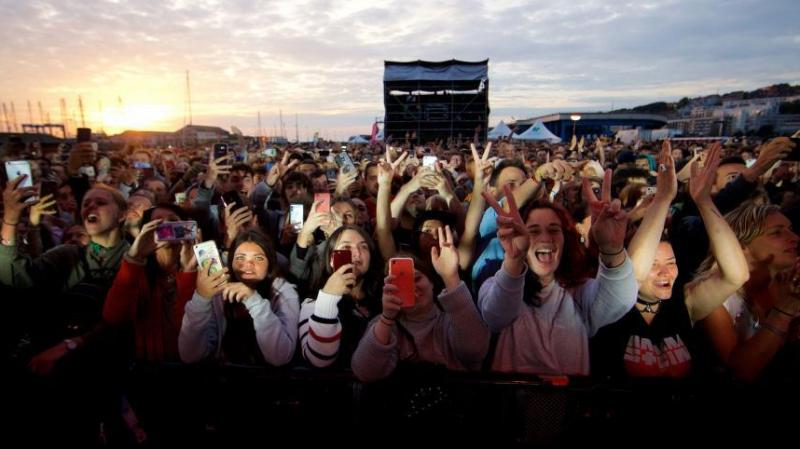 After two summers with almost nothing, current music festivals are resuming in all directions. No deaths in the battle, there are even a few new ones. And among those already installed, many add days or even full weekends. “On the side of the artists, everyone wants to shoot, find their audience. And there is a stress of being forgotten in case of absence this summer“, notes Armel Campagna, director of Main Square and festival representative at Prodiss (union of the profession). “IThere have never been so many offers, but there is a concern for requests. The sales before Christmas went well, there was this effect that’s it. But spring is very complicated, it picks up a bit, but it’s late.” Added to that production costs which have jumped by 20 to 30%: wood, steel, transport, remuneration of rarer employees because many have left the profession, he continues. “Some festivals are going to have trouble, there will be breakage at the start of the school year“, predicts Armel Campagna. Unless the public is in support and there is a harder sacrifice than having a memorable, music-loving and festive moment. If you haven’t already, this double page will help you make your choice.

Three beautiful events that go upmarket. The Côte d’Opale festival, the oldest festival in the region, will once again be the unmissable event for French song with Julien Doré and a Ben Mazué-Véronique Sanson evening. Rock en stock, in Étaples, has never had such a set: Romeo Elvis, La Femme, Deluxe…

And what about the Touquet Music Beach festival at the end of August with Justice (dj set), Martin Solveig, Kungs… So strong that there are already only places left for the first day.

The Main Square towards records

The biggest festival in Hauts-de-France adds a fourth day to its program, on Thursday, with Angèle, Louane and Dj Snake. Thus the event should easily exceed 150,000 spectators in total. With 65 artists on stage including Sting, Black Eyed Peas, Twenty One Pilots, Niska with Gazo and Tiakola, -M –, Sum 41, George Ezra and the Pixies. “I want the reunion to be beautiful,” enthuses Armel Campagna, the director. Over the years, the organizers have worked to ensure that spectators have a good time beyond the music.

The decoration is worked, we eat better, animations are added, bars and themed restaurants have flourished. The Main Square is no longer exclusively his poster, it has become an event where people from the region like to meet.

For its twentieth anniversary, the Aulnesian festival (s’) offers plenty of gifts. First a new site: the big stage leaves the paved parking lot for the neighboring field. The 7,000 campers will take place all around in 360º mode. The second stage, Eden, remains under the red roof of the old factory which gives it so much cachet.

The festival doubles its surface, but only increases its capacity from 17,000 to 20,000 spectators: all to the benefit of the festival-goer’s comfort. Finally, on the programming side, three extra-heavyweights of French-speaking hip-hop with PNL, Damso and Orelsan. The queen of techno Charlotte de Witte, Vitalic as a regular. Jamie XX and Ibeyi tick the prestigious guest box. It will be a first at Les Nuits for Izïa or Dropkick Murphys, not for Juliette Armanet, who played in front of 80 people twice at the Hargnies church in 2015 as part of the famous Secret Routes characteristic of the festival.

The Good Adventure in Dunkirk

Little brother of the Secret Nights, the Bonne Aventure à Dunkerque combines a large free stage behind the Kursaal, a stage along the beach, small concerts on the sand, artistic installations and the famous secret routes that have made the reputation of the Nuits Secrètes. For its fifth edition, the event that has become unmissable welcomes Clara Luciani, Romeo Elvis, Thylacine, Gael Faye. June 25 and 26.

The beautiful spirit of Cabaret Vert

It’s a music festival, but with a comic book lounge and street art that are worth the visit on their own. The decor is very elaborate, the volunteers are adorable. And there reigns over this festival a marvelous state of mind.

Added to this is one of the most impressive line-ups of the summer with Stromae, Orelsan, Slipknot, Liam Gallagher, Laylow… with, also, a real fine work on discovery. For the day of Sunday, at 20€ the entrance, are announced Eddy de Pretto or the very rare Véronique Sanson.

“As there was no Dour for two years and the important thing in Dour is the community, we thought we had to do something for it.says programmer Alex Stevens. This results in the opening of the campsite on Mondays in holiday camp mode around Dj’s. “Dour, it’s a way of life.

We really need to see each other again, have a party and find each other.” This is followed by the five “classic” days of the border festival with more than 250 artists. In 2019, 251,000 spectators, including a good third of French people, walked the plain with wind turbines. “With algorithms, there is a kind of tribalization of people who tend not to open up. We want to continue to bring all the tribes together and put people in a position to discover things. We couldn’t see ourselves changing that, that’s what made Dour so successful forever.”

In the festival country of Belgium, Rock Werchter is the biggest: 340,000 spectators and it’s already sold out. The franchise is hosting four events, two of which have room left: Werchter Classic with Nick Cave and The Smile on June 25 and the new Werchter Encore the next day with Florence and The Machine or Foals.

It’s 95€ per night. The other Flemish giant is the Pukkelpop (Arctic Monkeys, Tame Impala…). In Wallonia, the Ardentes in Liège have, in addition to Stromae, an exceptional hip-hop line-up (Tyler The Creator, Ninho, Orelsan, etc.). Graspop is the Hellfest across Quiévrain (Iron Maiden, Scorpions, Sabaton…), Tomorrowland the music amusement park where people come from all over the world. But it’s full.

The Ile-de-France festival soon to be in its twenties is offering the most ambitious formula in its history. Five days instead of three with the best summer rock line-up in France: the monumental Nick Cave and the only dates in France for Arctic Monkeys and Rage Against The Machine.

Add Maestro Stromae for one of his nine summer concerts in France. Also take a look at the younger and more trendy We Love Green with Gorillaz, Phoenix or PNL.

Rock In Bourlon from June 24 to 26 around metal with Eyehategood, Godflesh… Free price.

Open Air Festival August 20 and 21 in Douai around electronic music. With The Bloody Beetroots, Vladimir Cauchemar… €20 a day, €35 for two days.

Music: the great guide to summer festivals in the Nord, Pas-de-Calais and Belgium