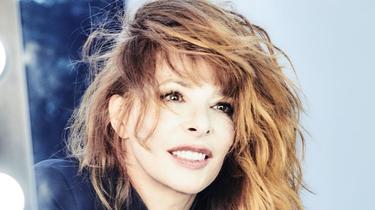 If the temperatures drop, music lovers can warm their hearts this fall by listening to sweet melodies. Here is a selection of albums to get urgently.

From danceable pop to frenzied rock, via disco and French variety, there will be something for everyone. Something to concoct a nice playlist to keep your spirits up.

After the aerial “Utopia”, which was recorded after her divorce, Björk signs “Fossora”, an album, released on September 30, which seems totally connected to her ancestors and her Icelandic land. Between wind and string instruments and hardcore techno, listening to this abundant disc proves to be an experience in its own right. And makes us want to rediscover “Homogenic”, which appeared twenty-five years ago.

Discovered on the Internet more than ten years ago and author in 2015 of the song “See you again” by Wiz Khalifa, appearing on the soundtrack of the film “Fast and Furious 7”, Charlie Puth continues to trace his path with success, and is about to release its third album, soberly titled “Charlie”, on October 7th.

Twelve personal songs, including an effective duet with Jung Kook of the BTS group on “Left and right”, already seen more than 250 million times on YouTube. As part of his international tour, Charlie Puth will give a concert on December 1 at the Salle Pleyel in Paris.

Singer Taylor Swift, who was awarded an MTV Video Music Awards for best music video last August, will present “Midnights”, her tenth album, on October 21. “It’s a collection of songs written in the middle of the night, a journey through nightmares and sweet dreams,” she explains. The floors we walk on and the demons we face. For all of you who have turned around and decided to keep the light on and keep looking – hoping that maybe when the clock strikes twelve…we’ll find each other”. An entire program.

Certified platinum disc (more than 100,000 copies sold, editor’s note), his album “Brûler le feu” carried by the hit “The last day of disco”, still tops sales. Juliette Armanet will offer a new edition of this opus on November 4, enriched with five new titles. Among them, the very dancing “Flame”.

The artist will perform on November 23 and 29 at the Zénith de Paris, then on March 17, 2023 at the AccorHotels Arena.

To celebrate his fifty-year career, Cerrone, the king of disco who has sold more than 30 million albums worldwide, has decided to unveil the opus “Cerrone by Cerrone” on October 14, which will make you want to put on bell-bottom pants and take a few steps on the dancefloor to forget the sometimes anxiety-provoking climate. “Supernature” in mind, he revisited fifteen of his titles.

Alela Diane comes out of four years of silence. After her fifth studio album “Cusp”, the American folk singer is sure to seduce with “Looking Glass” announced for October 14, and from which the track “Camelia” is taken, which tells how she almost lost her life by putting on her baby in the world.

Alela Diane will come to defend her new titles on stage in Paris, at the Café de la danse on October 18 (full), and at the Trianon on February 6, 2023.

Two albums in six months. The Red Hot Chili Peppers are busy. After “Unlimited Love” which marked the official return of guitarist John Frusciante and two concerts at the Stade de France, the group will unveil “Return of the dream canteen” on October 14.

Fans will notably be able to find the title “Eddie”, in tribute to the late Eddie Van Halen. “Although the track isn’t about Eddie by name, it’s about his early days on the Sunset Strip and the rock ‘n’ roll imagination that Van Halen has built in our heads,” says lead singer Anthony Kiedis.

“Cha-cha”, “Y tu te vas”, “No pasa nada”… in total, thirteen songs will make up La Femme’s new album, “Teatro Lucido”, which fans will be able to listen to from November 4. A disc entirely interpreted in Spanish which is, according to the group, like “a travel diary inspired by (his) journeys in Hispanic countries and in particular in Spain and Mexico”. It will be the first in a series of themed albums called the “Odyssey Collection”.

The musician André Manoukian will return on November 4 with a very personal album soberly titled “Anouch” named after his grandmother. “Anouch was a hiker. Anouch was my grandmother. In 1915, she walked 1000km from Amasya to Deir esZor. If she survived, it was because she had a big mouth and knew how to move the Turkish commander of the convoy who was deporting her. Anouch, in Armenian, means sweet, sweet. That’s good, music is sacred and … sweet, “he says. In music, André Manoukian will therefore pay homage to his origins.

Bruce Springsteen – “Only the Strong Survive”

At 73, Bruce Springsteen created the event by recently unveiling the single “Do I Love You (Indeed I Do)”, a cover of Frank Wilson’s title, written in 1965, which will appear on the album “Only the strong survive”, to be published on November 11.

A 21st opus for the Boss, recorded during confinement, which will bring together fifteen covers of Motown and Stax Records classics. The star will be in concert on May 13 and 15, 2023 at Paris La Défense Arena.

In “Polnareff sings Polnareff”, which will be unveiled on November 18, the Admiral will resume his greatest hits such as “Goodbye Marylou”, “Love me, please love me”, or even “We will all go to paradise”.

In the meantime, the 78-year-old singer with unique white glasses has unveiled an unpublished piano-voice version of “Lettre à France” on YouTube.