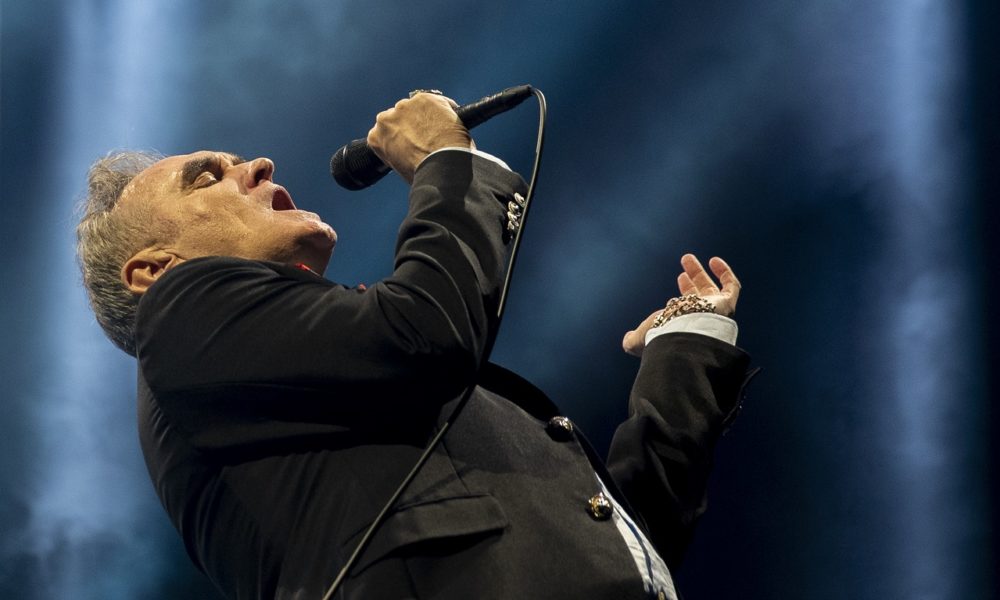 After a remarkable passage at Hellfest, Judas Priest gave a layer of heavy metal to Vienna (38). An electric service in an atypical setting!

The sun is still beating down on the ancient theater of Vienna when the public gathers to see the legends of heavy metal: Judas Priest. A great setting for great expectations.

But before the arrival of the British legends, the supergroup The Dead Daisies take care of warming up the audience, despite the circumstances. Indeed, the group could not count on the superstar Glenn Hughes (ex-Deep Purple) on bass and vocals, the latter having contracted Covid-19. He is therefore replaced at short notice by Yogi Lonich on bass and Dino Jelusick on vocals. Aided by lyrical sheets, Whitesnake’s keyboardist and backing vocals show off some great frontman skills to the crowd and do wonders on vocals, especially on the two Deep Purple covers played tonight: “Mistreated” and “Burn.” , both from the Hughes/Coverdale period.

The orchestra is no exception. Guitar hero Doug Aldrich can shine with his melodic solos, both on covers and original tracks. The group delights with titles from their last two albums, burn it down and Holy Groundand even previews the next one, Shine On, scheduled for September 30. What to make happy the public, already attentive.

After such a performance, the public is in the best possible position to welcome Judas Priest, who is celebrating his 50-year career on this tour. If 1h25 of show is not enough to cover the 18 studio albums of the legends of Birmingham, it is clear that the setlist extends over more than 40 years of career, going from Sad Wings of Destiny (1976), with the essential “Victim of Changes”, up to the youngest Firepower (2018), represented by the direct “Lightning Strike”.

To the delight of the public, it is obviously the classics that are in the spotlight this evening, with “You’ve Got Another Thing Comin” brought back at the start of the concert, the very 80’s “Turbo Lover” taken up in chorus, without forget the apocalyptic “Painkiller”, where drummer Scott Travis can heat up the audience at will. Judas Priest is also taking advantage of this tour to put a few gems back in his set, such as the epic opening “One Shot At Glory”, not forgetting the sublime cover of Joan Baez : “Diamonds & Rust”.

To interpret such a set, the group is in good shape, with a Ritchie Faulkner who is very comfortable on the guitar. Arrived in 2011 to survive the departure of founding member KK Downing, the latter has found his marks and does not let go of the public with one sole. On the right, Andy Sneap, replacing Glenn Tipton, is more discreet, but keeps a neat interpretation and practices guitar duels wonderfully, especially on the incredible “The Sentinel” and its chiselled instrumental part. 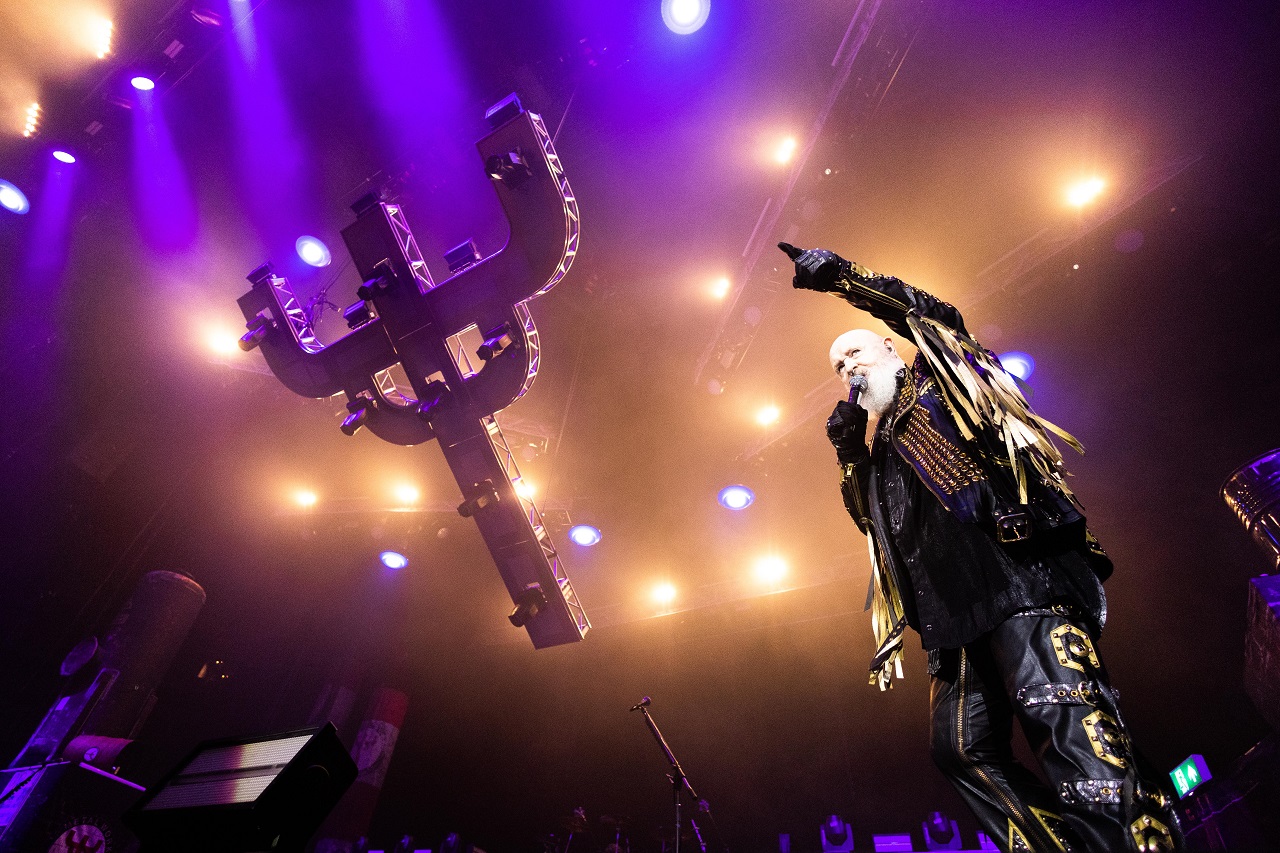 In the center, Rob Halford still shows a certain vocal mastery from the height of his 70 years. A true vocal mountaineer, he climbs the peaks of the octaves on “Hell Patrol” or on the famous cover of Fleetwood Mac “The Green Manalishi (With the Two Prong Crown)”, but also shows a more varied palette, with nostalgic emotion on “Victim of Changes” and fun on “Living After Midnight”. Some difficulties are felt on “Painkiller”, but the Metal God remains worthy. If her voice is golden, her stage outfits remain unique. Between fringed biker jacket and patched jacket that goes down to the foot, Rob Halford always proudly displays his wardrobe. We obviously do not forget the traditional motorcycle trip on “Hell Bent for Leather”.

Accustomed to French stages for many years, Judas Priest was able to free himself from the usual Zeniths to give a concert in a more atypical setting, which did not prevent him from giving a square performance in front of an audience eager for relentless riffs. The group has given itself and intends to do so again. It is not yet time to retire.