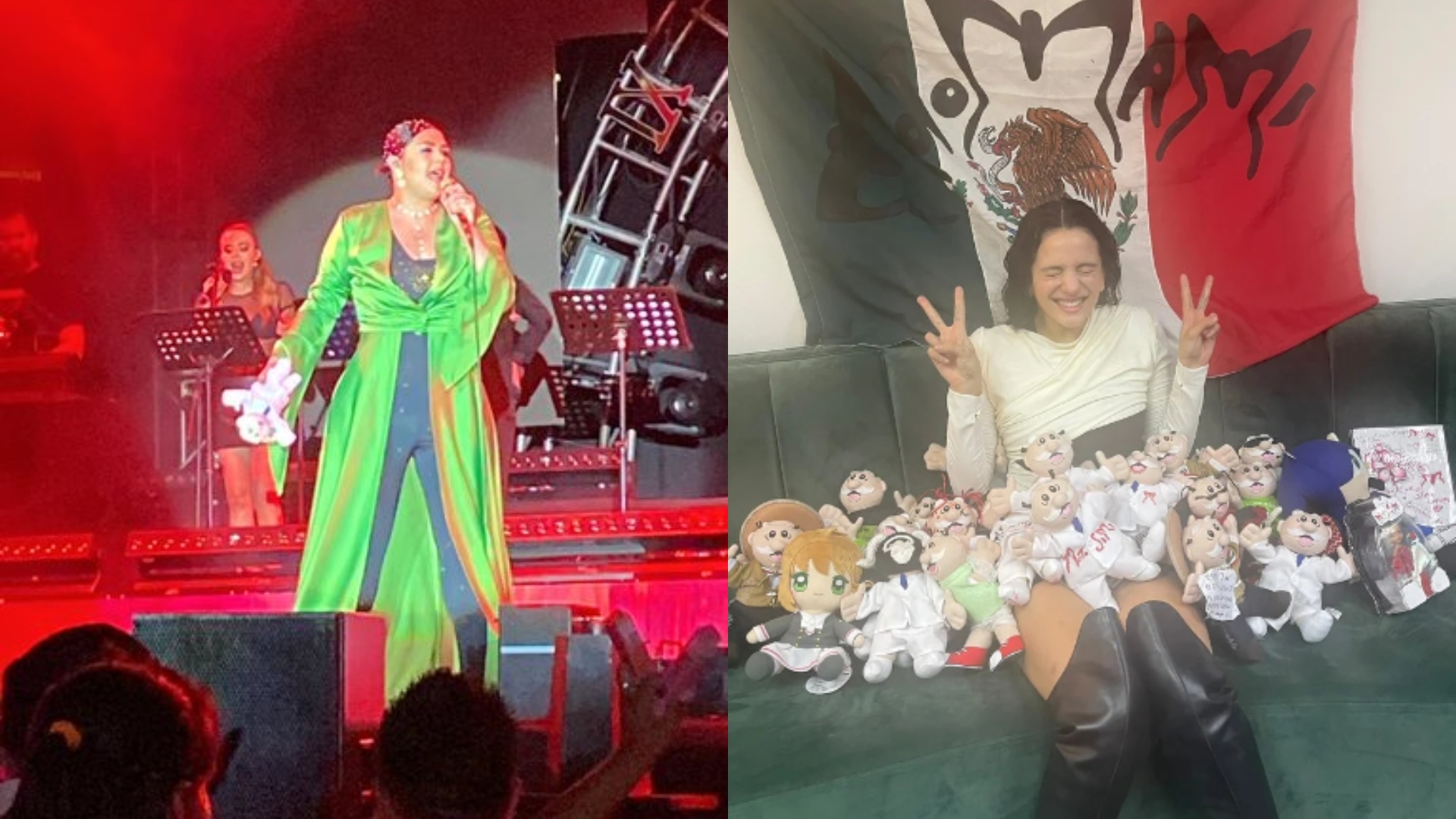 Yuridia is currently on a concert tour that has put her in the public eye, but for good reason. And it is that, the charismatic singer has stolen the hearts of her fans during her presentations by welcoming the Dr. Simis and even loggerheads that you have been given as a present.

It was so, after her presentation in Mérida, the famous was approached by the media and did not hesitate to express her gratitude to all the public who He constantly gives her love.

“I love Mérida and Cancún because the people are super warm and very friendly, polite, attentiveall the Dr. Simi in the world threw me, thank you very much, “he said.

Thus, when the reporters questioned her about how many of the famous stuffed animals she has obtained, the interpreter of hits such as I already forgot you, friends no please either it does me so much good made use of his characteristic sense of humor to compare himself with one of the spanish artists that during his most recent tour in Mexico he went viral due to the enormous number of dolls he collected.

“(I have) more than Rosalía”, He mentioned smiling, but then added between discreet laughs: “Of course not.”

Similarly, Yuridia asked her colleagues in the artistic world not to kick or despise the Dr. Simi that the public throws at them, since they are ways that Mexicans have acquired to show their love for their favorite singers.

“I know they don’t want to do a free promo, but no way, It’s the form of love that fans have now.” sentenced.

In addition, the native of Hermosillo, Sonora, highlighted that another recurring element in her concerts has been references to loggerheads.

“They gave me a Dr. Simi cholo with a loggerhead, I will upload the photo later. It is incredible, it was a figurine, they owe me the loggerhead, ”she stressed before the cameras.

And it is that, in addition to the famous stuffed animals, the compatriots took their ingenuity further, since in another of Yuridia’s concerts they gave him a loggerhead; this, because on some occasions the famous woman has made it explicit that she likes beer.

it was the past August 15 when Yuridia gave a concert in Monclova, Coahuila and there, while singing Coward one of the attendees decided to leave a loggerhead on the stage. To this, the artist quickly approached, He took the bottle and blew a kiss at the person who gave it to him.

Likewise, after grabbing his bottle, he walked her around the stage showing her off and, later, he took her backstage to take her away after his presentation.

The clip quickly went viral on social networks and users did not hesitate to be amused by the funny moment that the interpreter spent during the presentation.

“Her happy face.” “Those are gifts that are worth the tears that will flow, not that the flowers will wither.” “Aha, those are the best.” “Yuridia the best”, Internet users pointed out in TikTok.

Although several fans were worried about the reaction that Yuridia could have for the “gift”, the singer showed off her good sense of humor and from her stories of Instagram shared a video of the moment.

Ana Martín spoke about her first impression of Bárbara Mori as ‘Rubí’: “I was shocked”
Mauricio Ochmann spoke about the health of Eugenio Derbez after his accident: “Everything is very positive”
Laura León came out in defense of Ana Claudia Talancón’s alleged drunkenness: “We have to give us our tastes”
Who is Maria Beregova, the 22-year-old model designated as Leonardo DiCaprio’s new girlfriend

“More than Rosalía”: Yuridia joked about how many Dr. Simi she has achieved at her concerts