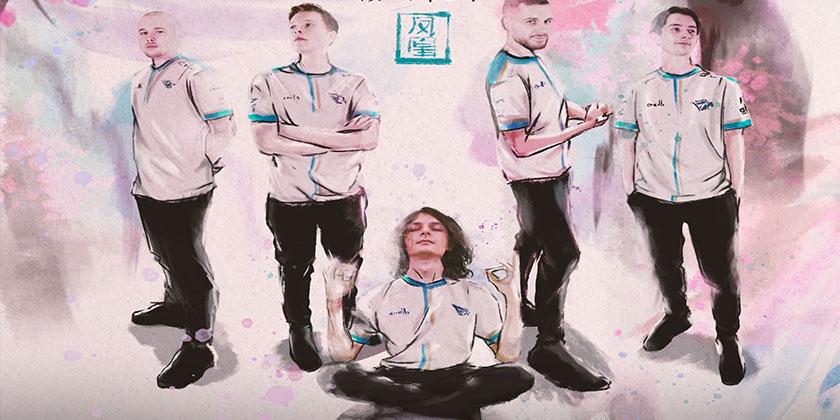 After confirming its return to the LFL for the 2023 season, the French structure Izi Dream has unveiled in recent hours the composition of its team which will kick off the next competitive season of the French League, a five led by Kubz in which we find in particular the jungler Djoko.

In terms of coaching staff, the functions of head coach have been entrusted to Kublai “Kubz” Barlas, former head coach of MCES and Golden Guardians Academy; he will be assisted by Aymeric “Darlik” Garçon, former top laner of Team Oplon, as assistant coach, as well as Vincent “Vince” Descaves who will officiate as manager after having served as coach of Izi Dream the past season.

To coach the team:

Updated Dec 20, 2022 : it was on Tuesday December 20 that the organizers of the French league confirmed the return of the Izi Dream structure to the LFL for the 2023 season. For the moment, the club’s management has not yet confirmed the composition of its team that will kick off the next competitive season.

Updated Dec 13, 2022 : on November 18, we learned that Izi Dream, former LFL resident and relegated to Div.2 last season, could finally return to the “first division” next year following the possible acquisition of the slot of Mirage Elyandra, despite failing the promotional tournament last September.

Following the update to the Riot Games contract database that took place over the past few hours, we now have confirmation of the return of the Izi Dream structure to LFL for the next competitive season; Moreover, following this same update, we presumably have the final composition of the Izi Dream line-up for 2023, a starting five which should apparently consist of two former players of the Solary formation, the top laner Simon “Kio Králik and jungler Charly “Djoko” Guillard, from two former Team Oplon members, botlaner Jakob “Bung” Gramm and support Elton “Twiizt” Richie Garcia Spetsig, as well as former Partizan Esports midlaner Aljoša “Milica” Kovandzic. It should also be noted that Aymeric “Darlik” Garçon is registered in the database as a substitute and that the functions of head coach would be entrusted to Kublai “Kubz” Barlas, former head coach of MCES and Golden Guardians Academy.

Article from Nov. 18, 2022 : After a very good run throughout the 2021 season in Div.2, Elyandra qualified for the 2022 LFL season. Unfortunately, the French structure did not have sufficient infrastructure and financial support to be accepted and to be able to evolve in LFL. Elyandra had therefore partnered with the Canadian structure Mirage Esports; what was initially advertised as a slot buyout, was eventually presented as a partnership/association. The first consequence of this union is the change of name at the level of the team which evolves today under the tag Mirage Elyandra.

Just before the start of the summer season, we learned that this Mirage Elyandra tag could potentially disappear for 2023; the Franco-Canadian organization would have concluded an agreement for the sale of its slot in LFL from the 2023 season. Mirage Esports has been experiencing significant financial difficulties for several months and could therefore no longer assume the burden and costs team within the French league; towards the end of April, the main investors of the Canadian structure would have given less money than expected and Mirage would have very quickly found itself in deficit as well as being unable to pay the salaries of the players and staff.

The new owner of this slot would be Highlight Event and Entertainment AG, a holding company owned by businessman Alexandre Studhalter based in Switzerland, more precisely in Lucerne, which focuses on event marketing, as well as the development of slot machines. under. Given the financial difficulties of Mirage Elyandra and given that the purchase of the place in LFL would have been recorded this summer, Highlight Event and Entertainment AG would have acted as main sponsor throughout the summer season, but the agreement signed between the two organizations does not would have remained valid only if the team managed to stay in the LFL next season; against all odds and after a catastrophic Summer Split, Mirage Elyandra managed to maintain his place in the LFL’s first division.

While the transfer window will soon open its doors, we learn that Izi Dream, former resident of the LFL and relegated to Div.2 last season, could finally acquire the Mirage Elyandra slot. The reasons have not yet been revealed, but a few days ago, Alexander Studhalter had to make the decision to resign from the board of directors of Highlight Event and Entertainment AG, the latter having been affected by American sanctions; the United States accuses him of having business relations with the Russian oligarch Suleiman Kerimov, loyal to Vladimir Putin, and he allegedly laundered money for the latter through various companies. Alexander Studhalter is also accused of having built his vast network of companies with Kerimov’s money, a network that extends to Switzerland, but also to Germany.

We can therefore imagine that the takeover of Mirage Elyandra more or less fell apart because of this, and that the Franco-Canadian structure had no other choice but to (re)sell the slot in LFL.

Mercato LoL: Izi Dream reveals the composition of its five for 2023