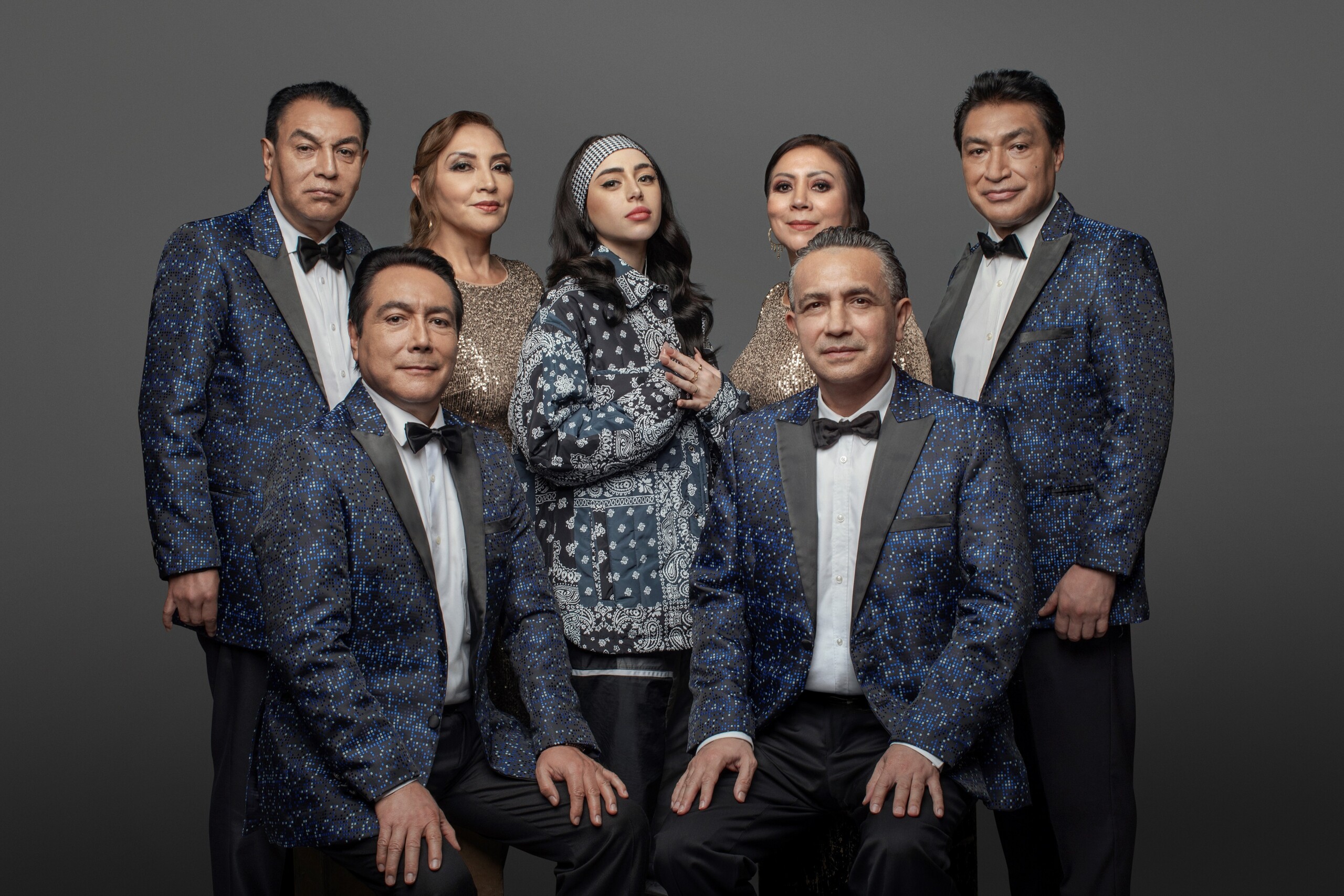 After almost two years without massive events in Mexico City due to the coronavirus pandemic, concerts returned to the country’s capital, including festivals such as Vive Latino, EDC, Corona Capital and Tecate Emblema.

From May 8 to 14, free activities were held to celebrate the Mother’s Day in CDMXso the next 15 th of May L’s concertThe Blue Angels will close the festivities with a flourish. 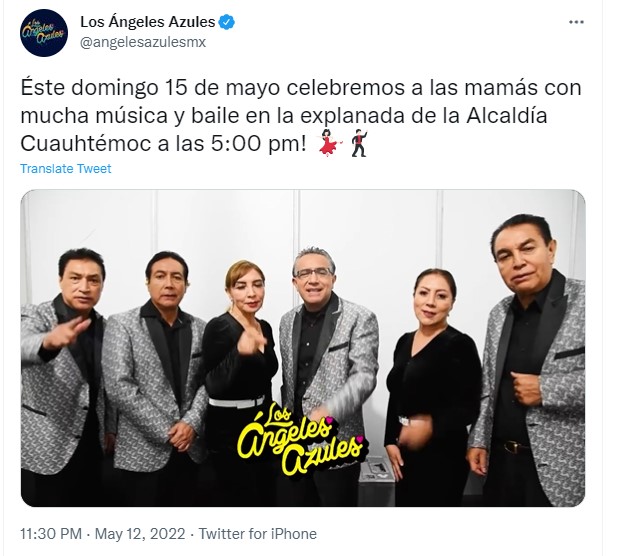 This is how the announcement of the event was made (Photo: Twitter/@angelesazulesmx)

“This Sunday, May 15, let’s celebrate moms with lots of music and dance on the esplanade of the Cuauhtémoc City Hall at 5:00 pm! was read in the official account of the interpreters of 17 years Y It’s never enough.

This free concert was organized by Sandra Cuevas, mayor of Cuauhtémoc. Through a video posted on her Twitter account, the president invited the population, but particularly mothers, to celebrate her day on the esplanade of this demarcation. The address where the concert will take place is Juan Aldama s/n, Colonia Buenavista.

“I find myself on the esplanade of the town hall, directing and supervising the production of this Sunday’s concert that the @angelesazulesmx will offer, to celebrate all the moms in the #Cuauhtémoc and #CDMX demarcation. #SandraCuevasAlcaldesa”, she wrote in the description. 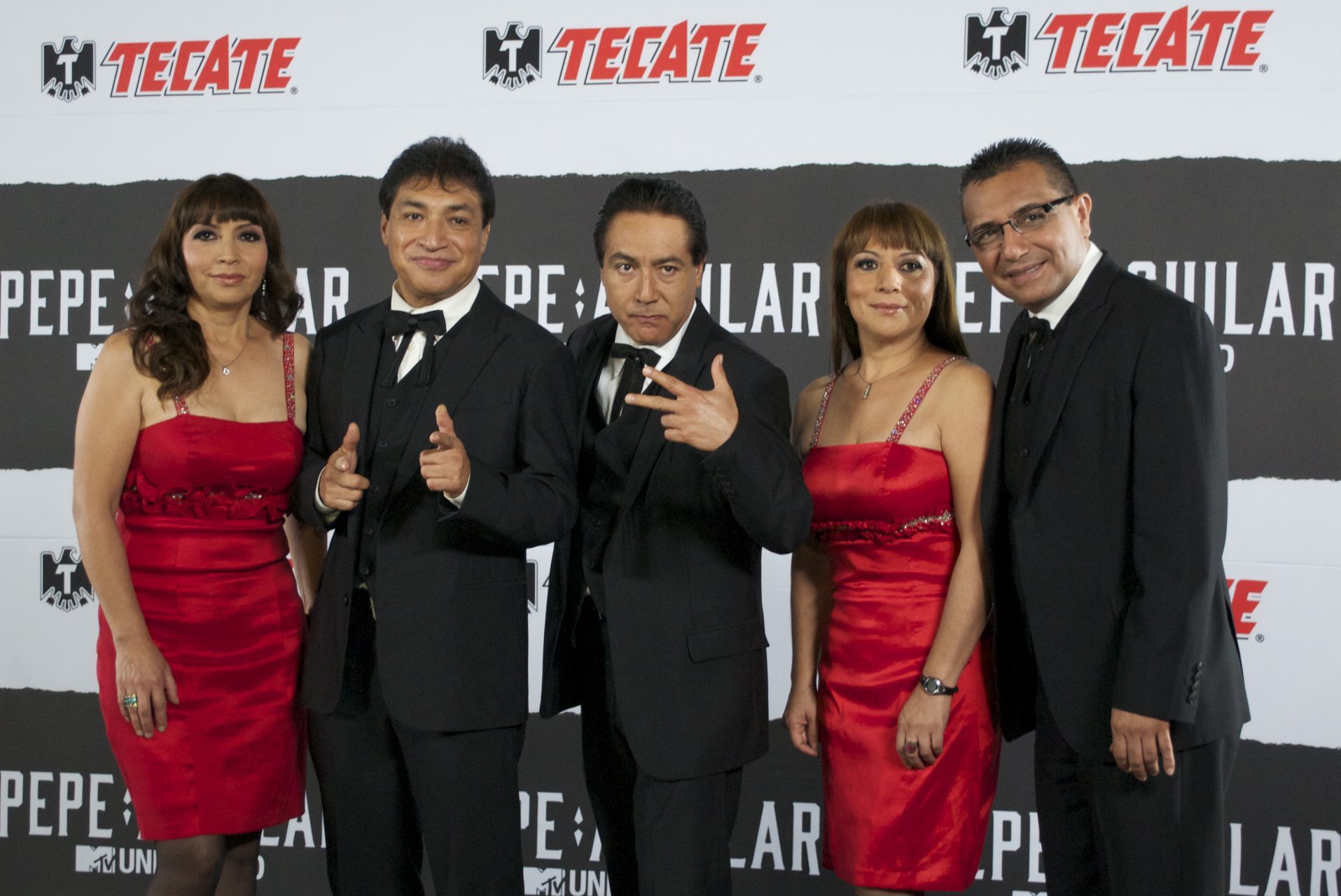 The emblematic orchestra was created in the 1980s by the Mejía Avante Family, since then it has been composed mostly by musicians from the same family, all from Iztapalapa.

They are currently one of the largest representatives of Mexican music throughout the world and icons of the national culture and capital for its lyrics, music and ideals that have stood the test of generations.

The guest band will be talent from the Mexican capital, whose inhabitants will be represented by Elidian, a band made up of Elías and Diana. Other artists participated in other town halls, for example, on May 8 Edith Márquez performed in Tlalpan, La Sonora Santanera was in Iztacalco on May 9 and on the other hand Reyli Barba, La Internacional Sonora Dinamita and Leo Romero in the mayor’s office Venustiano Carranza.

Los Ángeles Azules is not the only band that will have a great event in Mexico City, because of its spectacular record in the Foro Sol of the Hermanos Rodríguez Autodrome and the successes achieved at an international level, the members of Grupo Firme They announced a free concert.

The Head of Government, Claudia Sheinbaum, offered a press conference on the morning of this Friday, May 6, to grant the recognition “Distinguished Guest” to the Mexican band for the achievements they have achieved during their ascending career. Eduin Caz was in charge of receiving it on behalf of Firm Group and had nothing but words of thanks.

“I feel a little nervous, the truth is that I am proud to be here, I thank each one of you for believing in the concept of Firm GroupThank you very much, thank you all, the truth, because at the beginning of all this dream nobody believed and blessed God, now we are the majority, “he declared.

After the ceremony, the Head of Government of Mexico City reported that there will be a special date for the band in the Zócalo of the capital, but so far the date on which it will take place has not been given, nor have they been put on the table. hours, among others. information needed for the format.

Mayor’s Office Venustiano Carranza: how to obtain a discount to process deeds and wills
What is the origin of the Roma and Condesa colonies
Esteman launches ‘Esta parte de mí’ with Sofía Reyes and Los Ángeles Azules

Los Angeles Azules: all about their free concert at the Cuauhtémoc City Hall