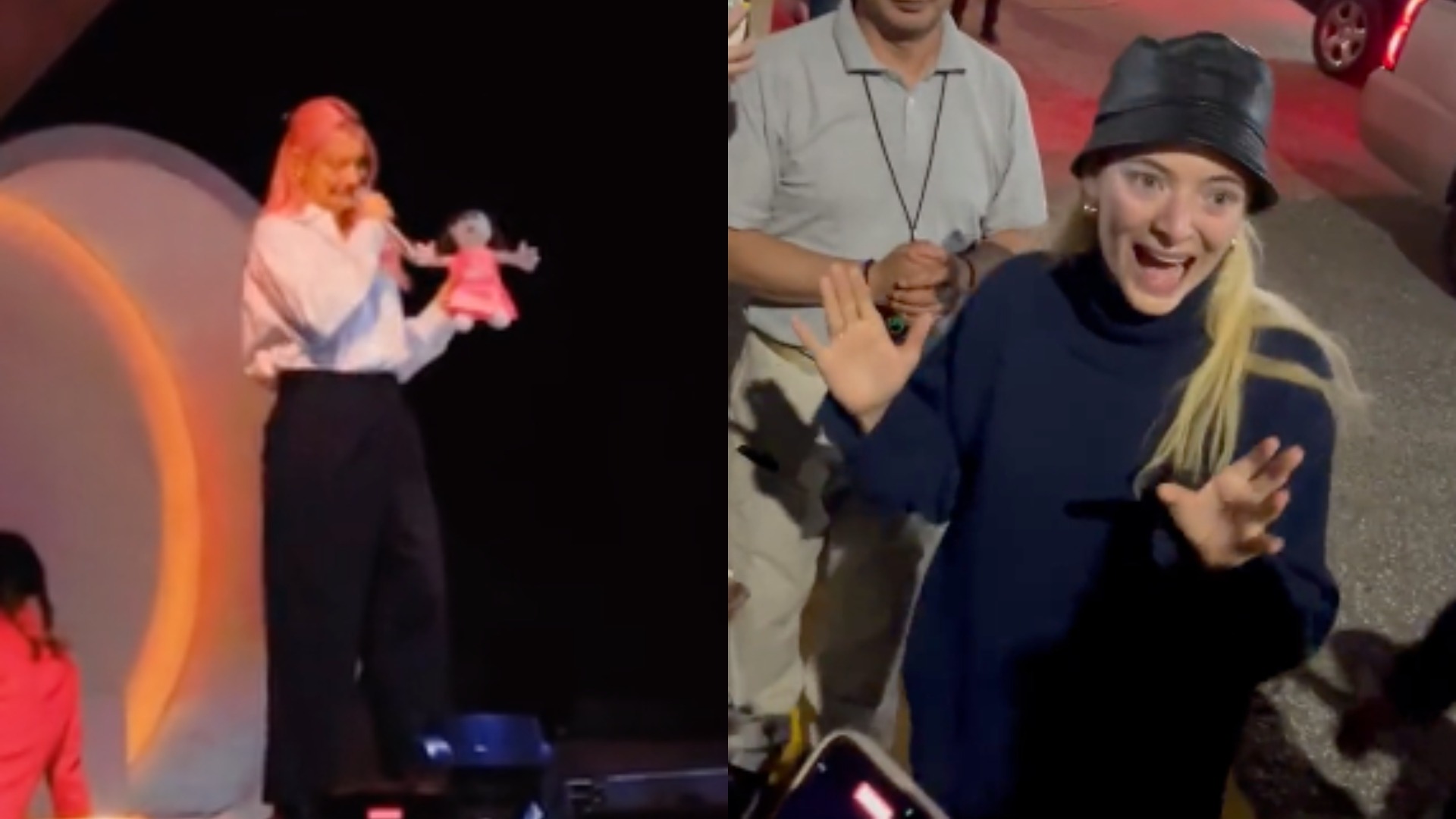 After what lorde captivated her fans during the concert she held at the Pepsi Center last Tuesday, the New Zealand singer took advantage of the exit of her show to give some of her first impressions and was very happy for the rain from Dr. Simis you received.

And it is that, apparently, the fever for these stuffed animals continues, as several international celebrities continue to show off the personalized dolls that their fans in Mexico throw at them as a symbol of affection and admiration.

It was at the end of the concert, when the interpreter of hits like Royals, Solar Power either Liability He approached some of his fans to talk with them and there he expressed his opinion about the multiple Dr. Simi that he obtained during his presentation.

“I was crazy about those dollsI had no idea and my cousin who is Mexican told me: ‘You have to get one of the Dr. Simi, it’s a sign of love,'” Lorde began to tell.

Thus, being aware of the existence of these stuffed animals and what it meant to receive one, the artist stressed that since then she was very eager to get it.

“I was like ‘I hope they release one,’ it would be very embarrassing if there were none and there were about five hundred. One even had my wardrobe, it was amazing, ”she pointed out.

Lorde after her show in Mexico yesterday talking to some fans about the whole Dr. Simi dolls tradition.

During his presentation in the capital of Mexico on the occasion of his tour solar powered tour, Lord not only wowed his fans with some of his biggest hits, Instead, she was widely applauded after jubilantly receiving several Dr. Simi stuffed animals that her fans suddenly threw onto the stage.

One of the dolls that stood out the most was the one with yellow glasses, long blonde hair, as well as a yellow satin dress in different shades.

But that was not the only one, since while Lorde smiled at the gesture, more and more stuffed animals arrived on stage.

“They told me this would happen. Wow! It’s great! Thank you very much”he pointed.

Several clips of this moment went viral on tiktok and Internet users were quick to react very happy that the artist has received the stuffed animals well.

“The best concert and with the best setlist”. Why can’t I be there? “His face of ‘guy it’s true, this is real’, hahahaha”, were some of the mentions that abounded in networks.

Through a story shared on your profile InstagramLorde demonstrated once again that her love for Mexico is very great, “Mexico this week. I’ve been waiting all year for this, can’t wait to kiss my babies”, was the description that the Grammy winner gave to her publication.

It was then that Lorde gave her fans a very special gift, on the morning of this October 11, with more than 10 hours left before her concert began, hundreds of her followers were already lined up since dawn, so the singer made them arrive hot churros from a well-known Mexican coffee shop. 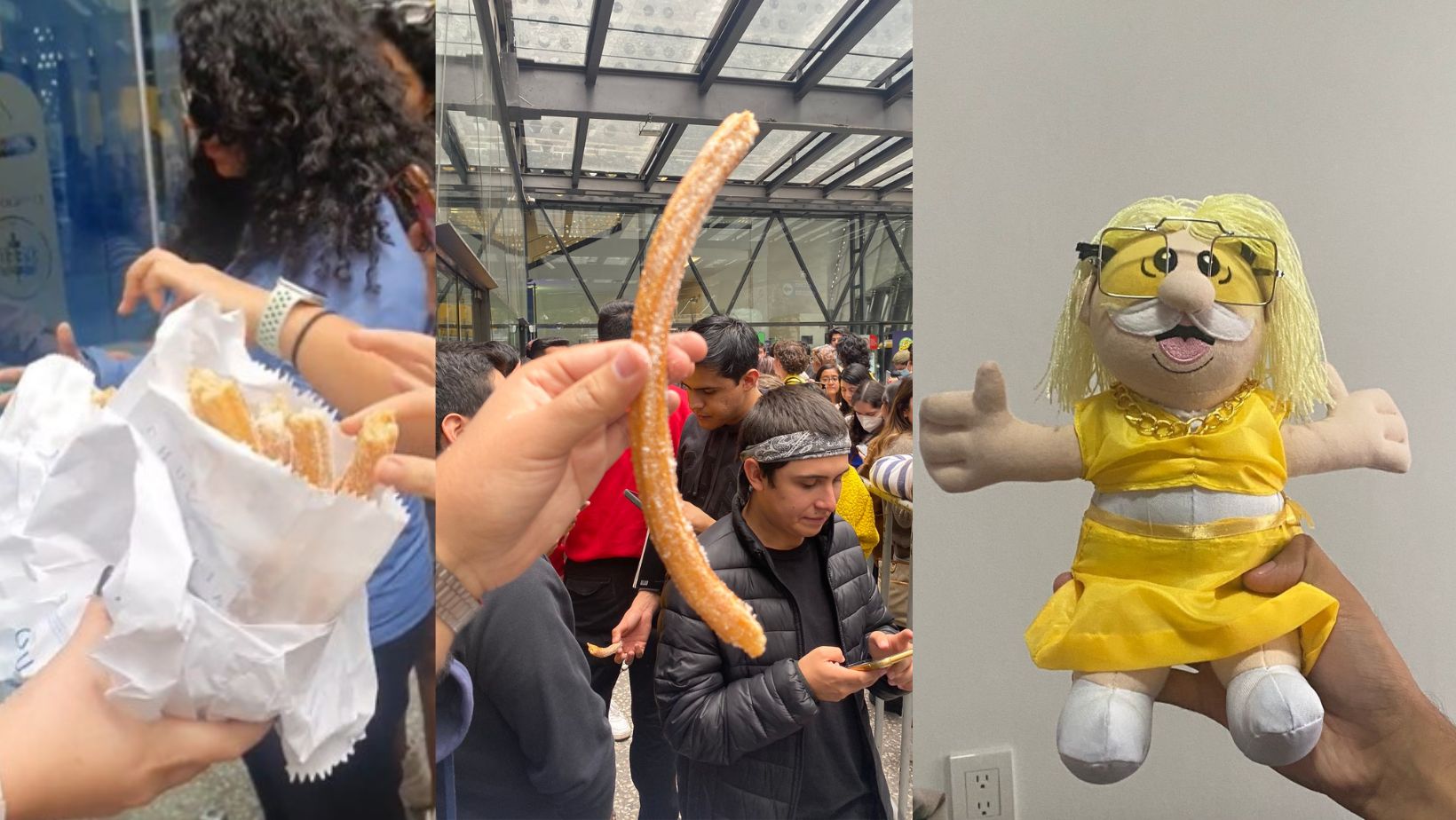 Lorde sent churros to fans who arrived early in the morning to line up for her CDMX concert. (Photo: Twitter @lalonganiza_mv / @auroribs)

This was a gesture that Lorde’s followers will never forget, because being a fan is very expensive and those who are most passionate about their favorite bands and artists have to make big sacrifices to go to their concertscamping on the street to win a good place in line, traveling from other states or from other countries.

Why Pablo Montero’s alliance with Pati Chapoy has been branded a betrayal of Televisa and revenge on Juan Osorio
Belinda has the last word on a possible Christian Nodal concert in the Zócalo: AMLO
Bride fainted while her wedding was taking place in a church and users speculated that she was pregnant: “Blessing on the way”

Lorde wanted a Dr. Simi to be thrown at her CDMX concert and this she said after receiving a shower of stuffed animals