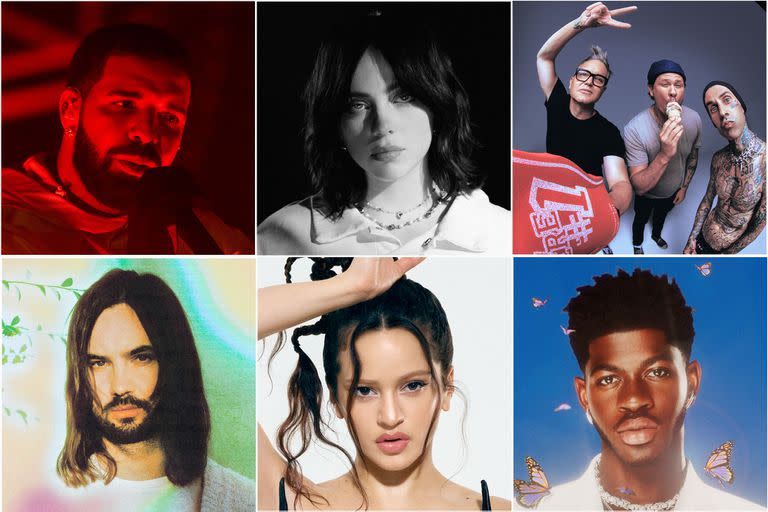 The announcement of the artists who will play at Lollapalooza 2023the eighth edition of the festival in our country, aroused the emotion of those who already had their tickets and motivated others to look for their own to see some of the figures that lead the call.

Lollapalooza Argentina 2023: from Kali Uchis and Billie Eilish to Armin van Buuren and Rise Against, which are the artists not to be missed

Drake, billie eilish, Blink-182, tame Impala, Lil Nas X Y Rosalia are some of the headliners international that They will be distributed between March 17, 18 and 19 of next year at the San Isidro Hippodrome. In addition, there will be local figures of international projection such as Mary Becerra, Thunder, Marilina Bertoldi Y Diego Torresamong many others.

More than fifty artists will perform on the different stages, and there will be something for all tastes: there will be the American alternative band Janes Addiction (who conceived the festival as a farewell tour in 1991), popular American singer of Colombian descent kali uchis and the renowned Dutch DJ Armin Van Burento name a few.

But without a doubt the main attractions are precisely the headliners, a diverse roster that brings together some of the biggest stars in modern music. It is worth reviewing their lives and great successes, which they will take to the stage of Lollapalooza 2023 for the Argentine public.

Who heads Lollapalooza 2023 in Argentina

This Canadian rapper, singer and actor, one of the most famous in the world, will have his debut in Argentina with the next lollapalooza. Aubrey Drake Graham was born in Toronto in 1986 and carry under the arm Certified Lover Boyhis latest album, released in the middle of last year, which sold more than 613,000 copies in its first week released in the United States. Furthermore, as is often the case at festivals, there will be time to review a career full of hits like God’s Plan, Hotline Bling Y Laugh Now Cry Later. Live, it’s usually a safe bet: his 2017 tour, Summer Sixteenwas the most successful in the history of hip hop, raising 85 million dollars in 54 concerts.

Another of the figures that many will pay to see will undoubtedly be billie eilishthe twenty-year-old He turned the music scene upside down in 2019 with his song Bad Guy and the disk that contains it, When We all Fall Asleep, Where do we Go?winner of the 2020 Grammy for Best Pop Album and Best Pop Vocal Album. The Los Angeles-born also brings a new album, Happier Than Ever (published in July of last year) and a great international moment that makes it one of the most important bets for this Lollapalooza.

The pop punk group will celebrate thirty years of experience in the Lollapalooza 2023in addition to celebrating the reunion of its three original members since they parted ways in 2015. Mark Hoppus, Travis Barker Y Tom DeLonge They also announced that they will release a new album, of which a first single, “Edging”, will be released this Friday. The meeting will also be emotional for the public to be able to bring their affection closer to the vocalist and bassist. Mark Hoppus, who had a difficult year in 2021 due to a diagnosis of leukemia that now took a backseat: “I’m still writing music and I’m open to whatever the next phase of Blink is. I am hopeful for the future. I am very happy to be here”, he said in a recent interview with the magazine People.

One of the most important bands on the current rock scene, the project he leads kevin parker will be featured again in lollapalooza after the 2016 edition. The Australian group released their latest album in 2020, The Slow Rushand maintains an important public harvested with his other works, Innerspeaker, lonerism Y Currentsas well as a series of singles that together positioned this psychedelic but often catchy and danceable group at the head of the festival that will arrive in Argentina in March of next year.

Little introduction is necessary for this Spanish superstar who has wormed his way into the brains of a generation through the catchy and now-classic songs that line his three albums, The Angels (2017), The Bad Want (2018) and the most recent mommy (2022), whose most iconic songs are sung and danced by millions in real life and on social networks. Live, Rosalia deploys an important team of dancers to fuse the musical and choreographic aspect of their songs, something that was seen in his last concert in our country in August of this year at the Movistar Arena and that will surely also be an indivisible part of the songs that he will perform at the San Isidro Hippodrome.

Rosalía is getting closer to her fans: she answered questions in a Twitter thread

Montero Lamar Hill, better known as Lil Nas X, started out as a Twitter personality turned musician. He rose to fame in 2019 with his song “Old Town Road,” which he independently edited and went viral on TikTok. The song, later relaunched alongside the country star Billy Ray Cyrus, adds more than a billion views on YouTube, was certified as a diamond after selling more than ten million copies and winning the Grammy for Best Pop Duo Performance and Best Video. One of the few rappers to come out as gay, he faced discrimination from the scene and his 2021 debut album, Huntsmanwas well received by critics, as is expected from the public that will gather to see it at the Lollapalooza Argentina 2023.

Lollapalooza 2023: from Drake to Billie Eilish, who are the headliners of the line up