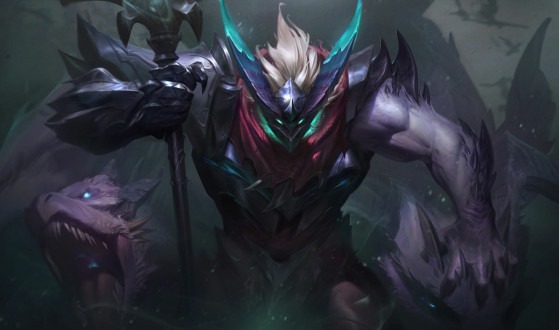 The Anubis Tribute has always been quite a popular champion, especially at low/medium Elo. He is nevertheless known to be a very complicated champion to play in the early game, having very little burst damage, and difficulty in really threatening an opponent. In addition, to be a little stronger in the lane phase, he would have to max out an inefficient spell in the mid/late game (his E), a sacrifice that the players do not make, the gain being negligible compared to the potential losses. . With the changes in patch 12.10, it would be logical to think that the Warden of the Sands might just grow in popularity. Despite its weakness in lane, it remains quite complicated to completely prevent it from gaining power, provided that the Nasus player is patient and respects the strong timing of the opposing champion. A player has however found a new trick to muzzle the doggo, without having to expose himself to a counter-gank, and without having to kill him.

Nasus is a champion with infinite potential. Her Soul Drinker (Q) gains damage for each opponent you finish with, whether it’s a minion, jungle monster, or champion. In order to compensate for this infinite power, the base damage of the spell is relatively low, since the goal is to increase it by recovering resources. Only the Mordekaiser player in the video, found an original way to prevent him from gaining power, without having to face the Shuriman. By using his R to send the two champions into the realm of Shadows as a large wave of minions arrives under the Nasus tower, the Iron Revenant player prevents his opponent from gaining power.

Here the Nasus player has no possible answer. Starting a duel with the Mordekaiser wouldn’t particularly advance him, as even with his ultimate he probably wouldn’t succeed in killing him. Rolling back wouldn’t change much, as Nasus would still lose his farm, and Mordekaiser’s player would be back on the lane before Nasus could push enough to deny the next wave.

An interesting tactic, but not optimized

Here the player’s strategy is more about depriving his opponent of resources rather than killing him. The idea isn’t necessarily bad on paper, but while it seems unlikely that Nasus will be the carry that gets his team back into the game, Mordekaiser isn’t helping his team gain a significant advantage that much. . Because even if the Nasus does not recover gold, the Iron Revenant does not particularly accumulate any either. If one of his lanes loses then he will be in trouble, as he is ultimately not much stronger than he should be. The Nasus is certainly less strong than it should be at this point in the game, but that doesn’t make Mordekaiser stronger.

This strategy is therefore only effective if the game is relatively balanced on the other lanes, because at that time, the team will play teamfights in 5 vs 4.5. This will probably not console the Nasus players who are victims of this strategy, these poor people who just wanted to play League of Legends before getting a STOP in the face.

League of Legends officials in Korea have thrown the game into shambles by unveiling patch 12.10. In a video compiling the changes, the developer included footage of an as-yet-unannounced skin and hinted at the big event of the summer.