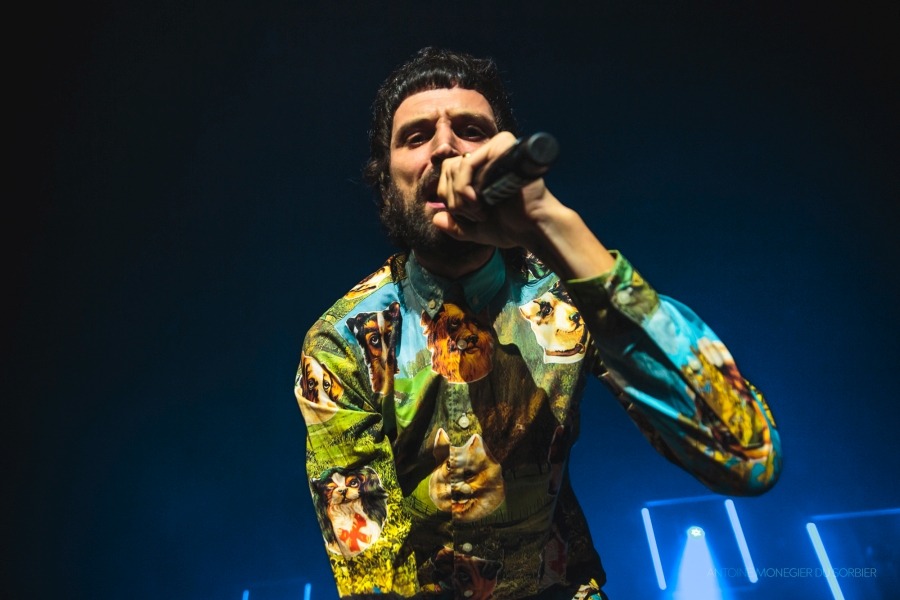 Shortage of gasoline obliges, one is reduced there to leave the jet pack with reaction to go in concert, by carefully avoiding the Gusts of interception posted in guard above Paris. The time to dust off this old terminal project that was lying around in the cupboards, we inevitably arrive a little later than usual. The opportunity to kindly queue in front of the Olympia, and appreciate the singing accents of the north of England that surround us.
No, the Olympia has not been relocated to Leicester (thank goodness), but it is clear that many compatriots of the evening attraction wanted to be on this unique Franco-Parisian date. We will therefore spend ten minutes enjoying the joy of hearing people with a potato in their mouth talking much too loudly, too close to their ear, and the visual refinement caused by the few blue jerseys of Leicester City FC walking around here and there, flocked, at your choice, with the seal of Kasabian or Jamie Vardy.

But place in Kasabian, therefore, since they are the ones that interest us this evening. Finally, Kasabian is a very big word. Because if it is indeed five musicians who appear at the scheduled time in front of the public at the Olympia, rest assured that you will only see one tonight. Sergio Pizzorno, one n, two z, and a very beautiful shirt-trousers combination with multiple little dogs against a backdrop of the English countryside, will be the only master of ceremonies for this formation which, from the first electro effects of ROCKET-FUEL, especially resembles the orchestra of Sergio and his Sergettes. The gentleman, as a pure singer and stage host, thus sees all the spotlights being trained on him, in his flashy evening clothes, while the rest of the group, all dressed in black, camouflages themselves wonderfully in the back of the stage. , vague shapes playing the music while the frontman harangues the already conquered crowd without stopping.

That being said, and the introductory salt of the guitarist-bassist writing these lines passed, the leader of the group does a hell of a job, and without letting us think too much, drops the first auditory salvo from the intro of ROCKET-FUEL. The basses hum and swell the whole room, the drums kick and push the walls while crushing us under this deluge of sound, well helped by the two guitars in the background, and the Englishman waves his hands singing all he can, well helped on the chorus/bridge by Rob Harvey, guitarist-vocalist of The Music, and hired by Kasabian on the tour to cover vocally the limitations of their “new” frontman and lead singer. The introductory piece passed, the full of propellant is done, we can go back after the concert, and the decisive moment is finally here.

Football Club launches from this all crackling guitar, people move, jump, the brothel arrives happily, and the shadow of Tom Meighan will not hover once over an evening which very quickly promises to be a very good time. Sergio lets the audience sing the chorus in passing, an audience who hadn’t asked his opinion anyway to send big “a-ah a-ah a-ahhhh” in all directions.

Ill Ray (The King) The pressure continues to build, fans and potential non-fans go wild, the pit floor bounces from beginning to end, and the emcee kindly lets the most effective songs in “his” repertoire do the job without overdoing it. This one will finally release the guitar for the intro of Underdoga black guitar, simply marked with a white AE signifying Alchemist’s Euphoria, title of the last album, like all the guitars and basses used by the group. No doubt the Englishman’s personal instrument, with kittens and chimney fires, is still in the garage. 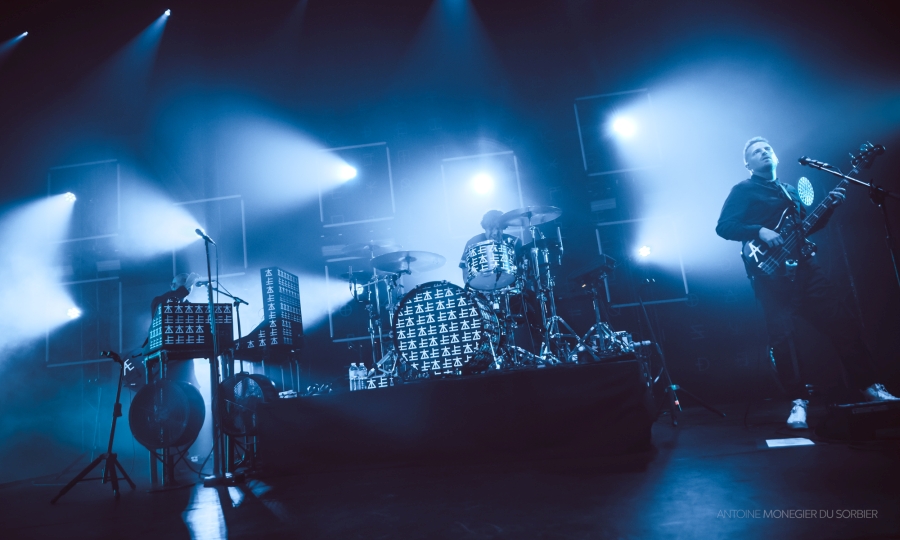 With now seven albums, the group will maintain the momentum by drawing on the best singles from their discography (RIP Velociraptor!), and letting Sergio run the show like a David Guetta rock n’ roll, asking the audience to clap their hands, bend down, jump, sing the choruses and “ouh- ouh” consecutively, and which comes out of giant hands to set the mood for the electro nightclub end of treat. Small dedication to the young girls of the balconies before launching STRICTLY OLD SKOOLwhich will see him sing while striking rapper poses in front of an audience that is not very receptive to this new delirium.
We will prefer its advance towards the pit to start a resumption of the One More Time of our national Daft Punk, mixed at the end of You’re In Love with A Psychoor the astonishingly beautiful Blue Danube by Johann Strauss II, an introduction to SCRITVRE.

A little word about the new songs, for which it will be above all the energy of ROCKET-FUEL and SCRITVRE which will hit the audience. The sound being more generally messy on these new titles, between electro loops and Sergio’s semi-playback on the choruses, the few good ideas that we could find there are crushed by the debauchery of its fat and heavy. In comparison, the violins of stevie, smoky with yellow lighting putting much more forward a homogeneous group for a visual result finally pleasing to the eye, are much better managed. Same mention for the intro between shadow and light of treatwhich will unfortunately not take long to find the usual pink and green dressing typical of the evening.
But now is the time to start jumping again on Sergio’s indications, becauseEmpireand especially Vlad The Impaler, conclude the first part of the concert in a more than convincing way, pushing the public to scream and clap to see the five friends return to the stage as soon as possible. It’s done with Bless This Acid Housestarted with acclamations, but above all LSF (Lost Souls Forever)on which the singer asks the room to shout as if it were the last, and will let the public sing twice in a row, holding out the microphone to them by hand and foot, each time to start the machine louder, until reaching an atmosphere of fire, burning, perfect introduction to the song which we are no longer surprised that it is the conclusion of the setlist: Fire. A conclusion on a totally conquered Olympia, intoning in chorus very long “I’m on fire” preceding high-pitched covers of the guitar line based on “ouh-ouh” too high not to break.

Obvious standing ovation, which Sergio will come, alone, to revive by throwing “hey! » crescendo to an audience who only asks to play with him. He will end with a very COVID-19 sentence: “if I could kiss each of you, I would”, a sign that the man is not just a megalomaniac, but also and above all a passionate in total love of his audience, an audience that obviously paid him back.