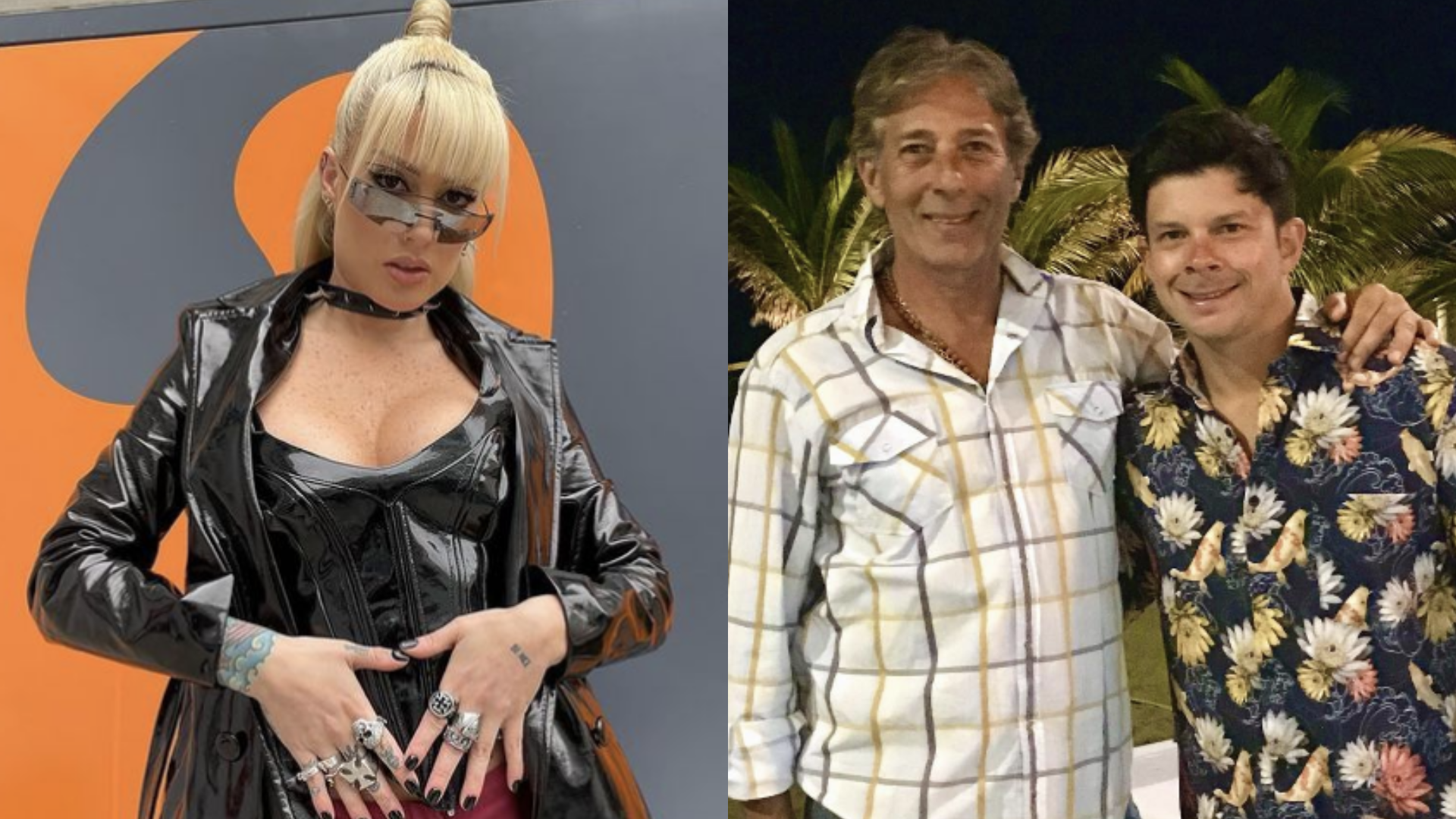 Leslie Shaw She did not remain silent before the comment that the father of mario hart. And it is that, the father of her ex-partner could not bear that the singer had hinted that she “wasted time” with the people with whom she had a relationship in the past. For this reason, the father of the former reality boy used his social networks to stand up for his son and minimize his concerts.

“What a cunt! She once invited us to her rock concert. It was us 5 and 10 cats more. We were sorry. We suggest you make urban music together with Mario Hart. They made ‘Tal para cual’ and that’s how they took off. That he sings, sings… but that he wasted his time, that’s it, “he wrote Mario Hart Potesta.

This did not go unnoticed by Leslie Shaw, who did not hesitate to respond by calling him “macho” and “narcissist”. In addition, he referred to the pilot’s family calling them “superb” and made it clear that his loved ones are the only ones he can thank for the support they have given him since he began his artistic career.

“It seems to me a very macho comment from that man, what do I have to thank a man or ex-partner for my effort and constant work? It seems misplaced, macho and narcissistic to me. But it doesn’t surprise me because I think that pride beats that family, they need a little ‘ubicaína’. I am very proud to be a strong and independent woman, she has always been like that since she was little. The only support I ever had was from my family, I have nothing to owe anyone, ”she told Trome. 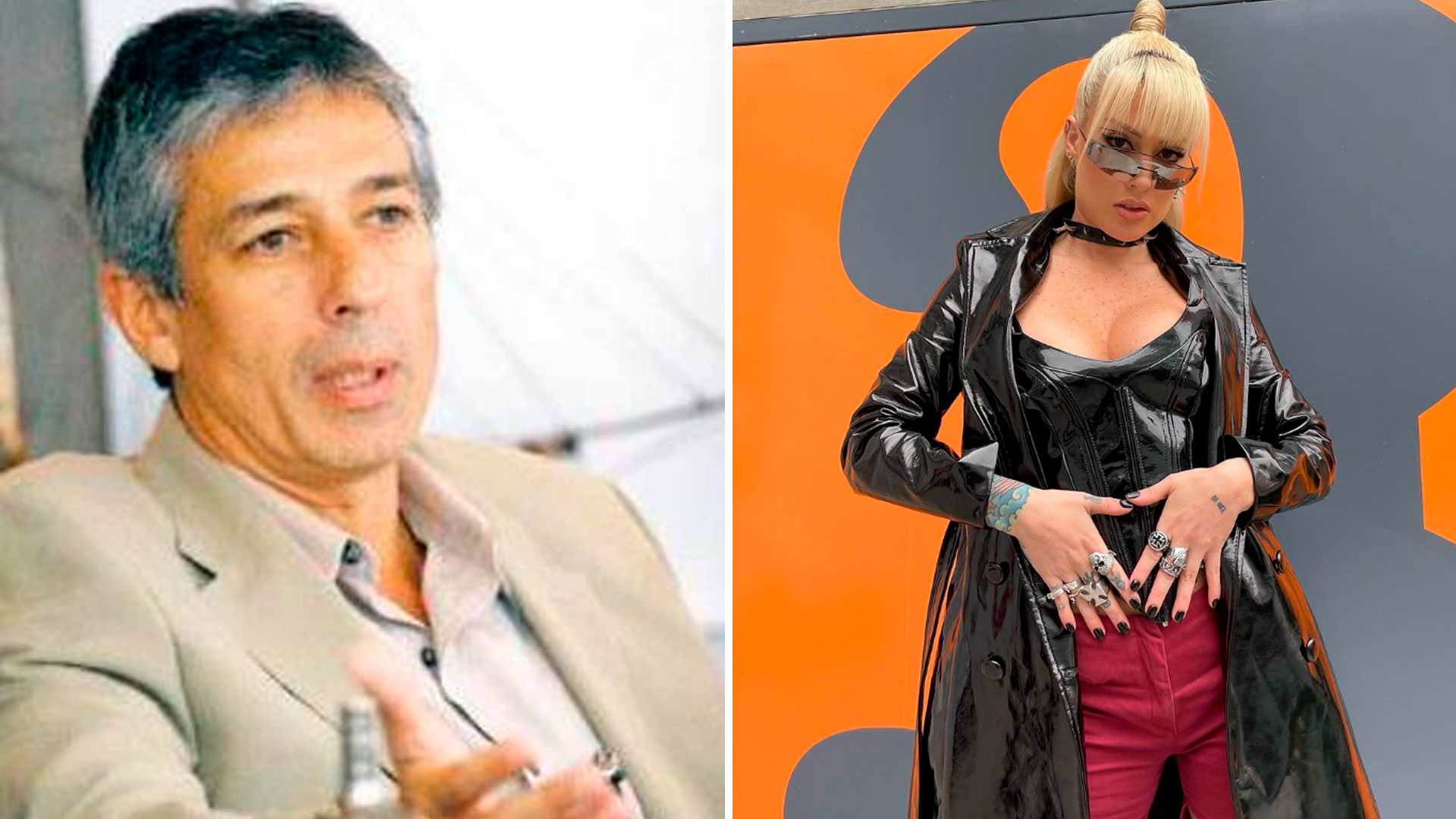 “My career has been on the rise since I started, at 16 I had my first album, at 17 my video clips were on MTV and at 19 I participated in Viña del Mar, I feel that from there my takeoff began. If I had to thank any artist for supporting me, it would be Mau and Ricky with ‘La Faldita’, Thalía, Gente de Zona, Abraham Mateo. If I have to thank someone, it would be the real artists, who have been in this music industry for a long time, who have a lot of talent, a career. I would have to thank them, “he added, hinting that he does not consider Mario Hart an artist.

Let us remember that Leslie Shaw gained greater recognition when he represented Peru at the Viña del Mar International Song Festival in 2011. His songs began to sound stronger, but it was not until 2016 that he changed rock for urban music. releasing his first song with Mario Hart. Subsequently, she continued to develop in the same musical field, earning nominations and awards.

Currently, the blonde is experiencing one of the best moments of her life, because she has just got engaged to her reggaeton boyfriend.the prefer‘. Through the stories of his official Instagram account, the Cuban artist showed images of the marriage proposal. “She said yes (she said yes). I love you ”,“ My life partner, I can not be happier ”,“ I love you ”, he wrote in each of the tender publications where Leslie Shaw is seen wearing her ring with a big smile on her face. she. 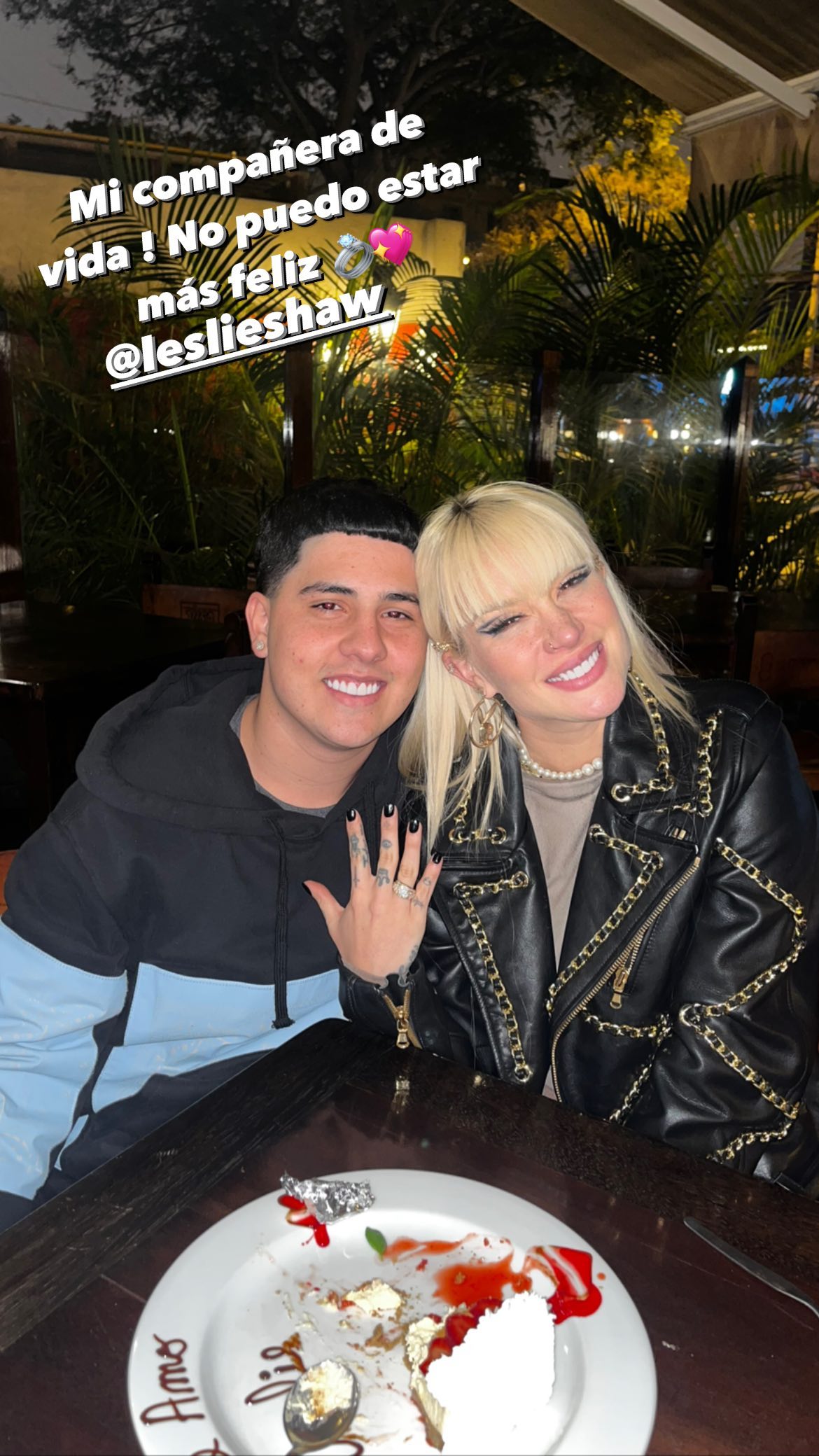 Leslie Shaw got engaged to ‘El Prefe’, her reggaeton boyfriend 13 years younger than her
Mario Hart’s dad minimizes Leslie Shaw’s rock concerts: “We were five and ten more cats”
Leslie Shaw reveals the reason why she can’t go to nightclubs in the United States with her boyfriend