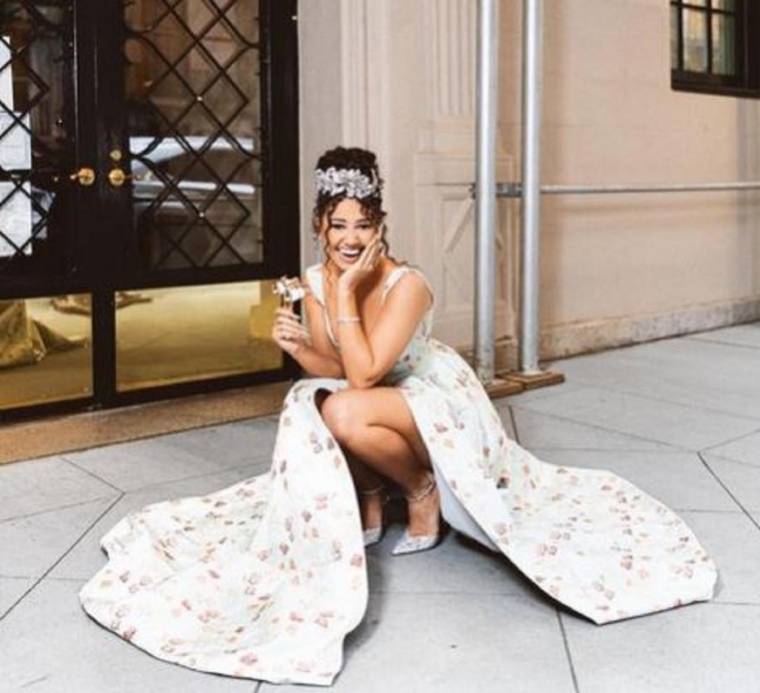 On May 2, Léna Mahfouf, alias Léna Situations, walked the red carpet of the very select Met Gala, also called Met Ball. Chaired by Anna Wintour, editor-in-chief of Vogue magazine, this charity evening is one of the most popular events on the fashion planet. A consecration for the young influencer.

It’s every fashionista’s dream: Monday, May 2, Léna Mahfouf, aka Léna Situations, took part in her very first Met Gala. An event that its 2.2 million YouTube subscribers were able to follow live on the platform. The young woman, who collaborates with renowned brands like Dior, didn’t even have to cross the Atlantic to get to New York, since she recently moved to Los Angeles.

The Met Gala is traditionally held on the first Monday of May. Each edition has its own theme. This year, the 400 or so guests were invited to dive into the “Gilded Age”, a period of prosperity that followed the Civil War and during which the country experienced unprecedented economic growth. Progress of industry, railway boom, technical innovations, appearance of skyscrapers… and creation of the magazine

Léna Mahfouf was dressed in a dress embroidered with flowers and embellished with a twist from the New York label Markarian, complete with Jimmy Choo pumps covered in rhinestones, and a Bulgari tiara. A look thought out to the smallest detail: on his account

, the influencer revealed that she was inspired by Alice Vanderbilt, a member of one of America’s most famous families, for her nails. During a costume ball organized in 1883, the latter caused a sensation with a dress embroidered with gold and silver threads, adorned with pearls, and equipped with an electric battery connected to a light bulb!

“It’s my first and maybe my last Met Gala, so I wanted to follow the theme to the letter”, confided the young woman at the microphone of

. The Met Gala is “a great fashion experience, an opportunity to explore”. For one evening, she was able to rub shoulders with personalities like Blake Lively, Kate Moss, Gigi Hadid, but also Hillary Clinton or Stromae. We saw her pose with the actress Camille Cottin, another Frenchwoman appearing among the guests. A dream come true for the influencer with 3.7 million followers on

who had just chosen the theme of the Met Gala for his last birthday party.

Met Gala: a charity dinner at 35,000 dollars the entrance


If the Met Ball is a huge fashion show where the most glamorous outfits rub shoulders with the most extravagant, it is above all a charity gala organized for the benefit of the Costume Institute of the Metropolitan Museum of Art (Met). This year, the entry ticket was set at

), and that of the table ranged from

). This edition has raised

Léna Situations X Dior: an impact that amounts to millions of dollars

Léna Situations, the French influencer who offers herself the Met Gala