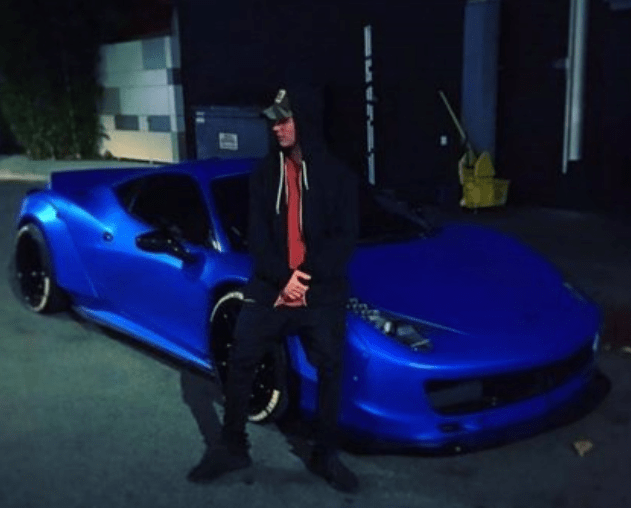 The Ferrari car brand is one of the most exclusive in the world. Many personalities from the world of entertainment, sports or public figures have sought to further elevate their status by acquiring one of these cars, Nevertheless; beyond the cost of the machines, Ferrari always tries to maintain an image of respect, which is why it has implemented a series of rules to prevent your name from receiving a bad image.

To their misfortune, some luminaries have not complied with these measures; hence the Italian construction company has seen the need to literally veto certain celebrities, so that they never buy a car again.

List of celebrities who appear on the Ferrari blacklist

The young singer acquired a Ferrari 458 Italy; and he hasn’t been able to take very good care of it ever since; as on a night out he forgot where he parked it and got it back three days later. The last scandal committed on the machine was having it painted neon blue, something that the brand no longer overlooked, so it was added to the blacklist of clients.

One of JB’s great friends is American boxer Floyd Mayweather Jr; and it seems that both share a disdain for Italian super machines. Everything seemed to indicate that the brand would be fascinated with selling to one of the highest paid athletes in the world, however, ‘Money’, the only thing he does is buy the cars, show them off and then sell them. The company considered that Floyd does not value the brand, so it was vetoed.

Another of the famous musicians who has made a Ferrari is the rapper 50 Cent, who once had no qualms about publicly complaining that his 488 wouldn’t turn on. In the end it was revealed that the only thing that happened was that the battery was discharged; However, Cent’s action was enough for Ferrari not to allow him to get a car in the future.

For Ferrari it is important to maintain a clean image, out of public ridicule; and such action seemed unrelated to the fact that model Kim Kardashian would have received one of her cars as a wedding gift from a financial swindler. A reason to prohibit the leader of the Kardashians from acquiring one of their machines.

One of the most curious and funny vetoes was given ‘thanks’ to the modifications that DJ Deadmau5 did to his Ferrari; and it turns out that in 2013 everyone was aware of the changes that the musician made to his 458 Spider; this, after painting it sky blue and stamping the figure of NyanCat; thus renaming the car as ‘Purrari’. The change pleases several; but not to Ferrari.

They say that ‘the rules are made to be broken’, but that norm does not apply to Ferrari, who wants his designs to be strictly fulfilled. This situation was experienced by the actor Nicolas Cage, who after buying a Ferrari Enzo, valued at a million dollars, and later having to sell it due to financial problems, received the heavy hand of Ferrari so that he does not acquire one of his cars again.

It seems that Ferraris are very popular in the music industry, however not many know how to give them their place. Such is the case of the rapper Tyga, who became known in the company for buying cars, but not for finishing paying for them. His latest “victim”, a Ferrari 458 Spider.

How much is a Ferrari worth?

The brand only makes around 7,000 cars a year; so all their cars are considered very exclusive. This does not mean that there are no longer various models and, therefore, different prices.

The ‘cheapest’ Ferraris range from 203 thousand pesos. From then on, there are increasingly more expensive models, which are valued in millions of pesos, until they reach to the Ferrari GTO 1960, the most expensive car in existence, valued at 70 million.

According to the page ferraridealers.com, the branch located in Mexico City has the models 812 GTS, 296 GTB, 296 GTS, SF90 Stradale, SF90 Spider, F8 Tribute, F8 Spider, Ferrari Roma and the Ferrari Portofino M, whose prices vary between the 4.6 million, the 11.5 million and the 12 million.

Kim Kardashian, Justin Bieber and even Floyd Mayweather Jr; the list of celebrities banned by Ferrari