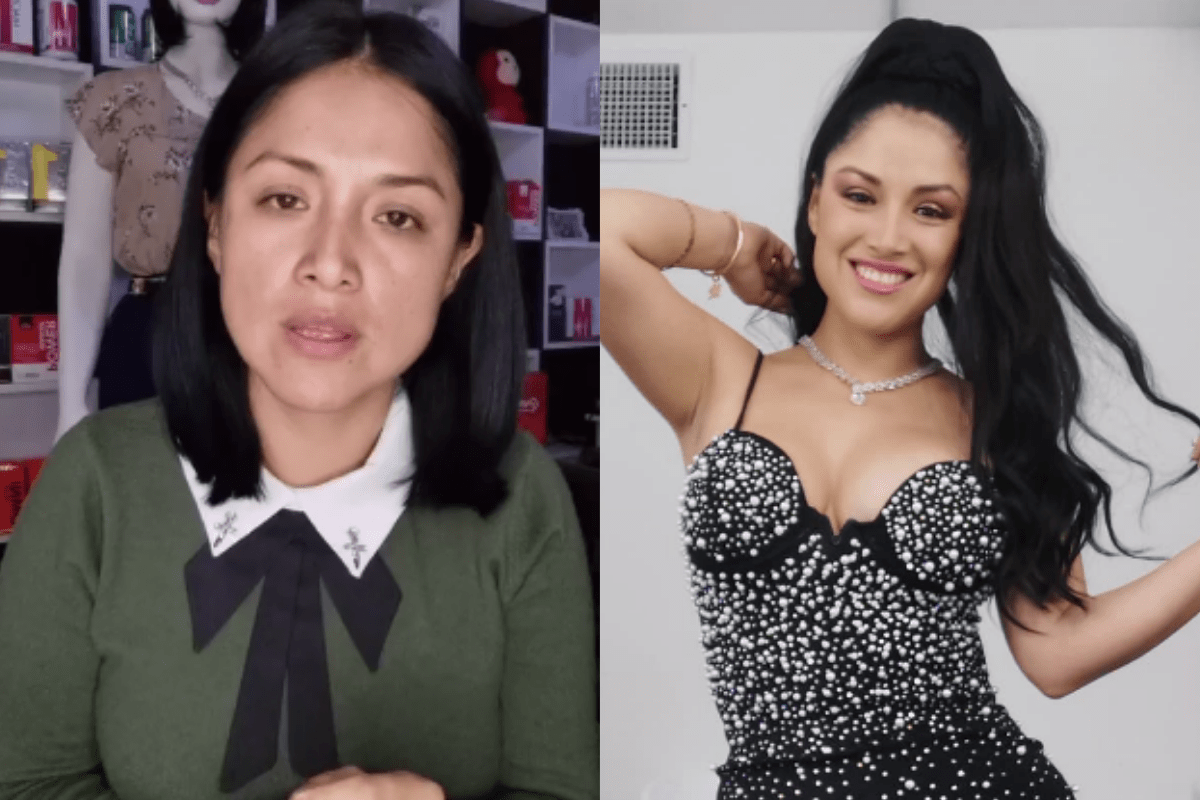 Few days ago, Katy Jara He surprised locals and strangers by announcing that he would surrender to Christianity and change his lifestyle. This after spending several months she disappeared from television and gave up driving “Party Sundays”TV Peru program that hosted her for many years.

Since then, the cumbiambera has dedicated herself to publishing various religious topics on her social networks as well as promoting some concerts by Christian singers. However, there are many who still do not believe in her conversion and mock her faith.

In that sense, the singer was not silent and decided to respond to all her detractors with an extensive text on her official Facebook account where she had no qualms about criticizing the large sums of money paid to listen to reggaeton artists compared to Christian music singers.

“So sad to read so many negative comments. If they were other reggaeton artists, tickets sell out instantly, exceeding 800 soles per person, all to sing songs that encourage sex at their concerts. Everyone happy there. And if it’s a praise group, people are outraged.”reads the first part of his text.

ALSO READ: Katy Jara and the radical change she gave her life: she left the stage and now follows Christ

Likewise, he did not hesitate to stand up for religious artists, as he pointed out that they also need to gain success with their concerts so that they support their families. “I mean, Christian musicians don’t eat? Don’t they have family? Don’t you have dreams? Are they forced to play for free? (…) AHere in Peru, even Christian musicians do not have fair payments that allow them to support their families. Your years of preparation, time invested, doesn’t count”.

Finally, he said that he has the support of his family and that he knows many musicians who want to change their musical genre to be closer to God, but do not do so for fear of not being accepted by society and the ‘square thoughts’ that still exist. there is regarding Christian music. 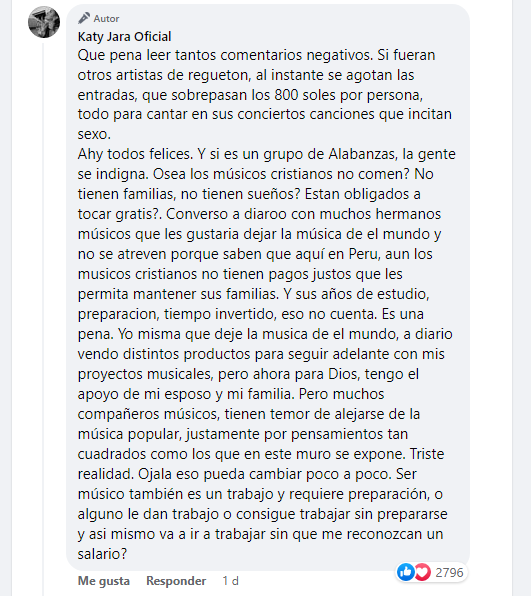 Katy Jara published her new lifestyle closer to God on her Instagram and explained the reason why she decided to move away from the artistic world and everything that being a media person entails.

“A few months ago I learned the word of God, I began to congregate, lead a discipleship, and little by little my life changed. I began to understand that many of the things I did were not right, but I was still inside them because they were part of my work as an artist at that time”, he pointed.

In addition, he also indicated that there came a time when he no longer felt happy, which is why he decided to make a radical change in his life. “There came a point in my life that these things no longer made me happy, I began to feel empty and meaningless. And it is that when you know Christ nothing is the same, you want to separate yourself from what can separate you from The Lord. In this context, I decided to leave everything to start following Christ and that my life depends solely on him”you can read. 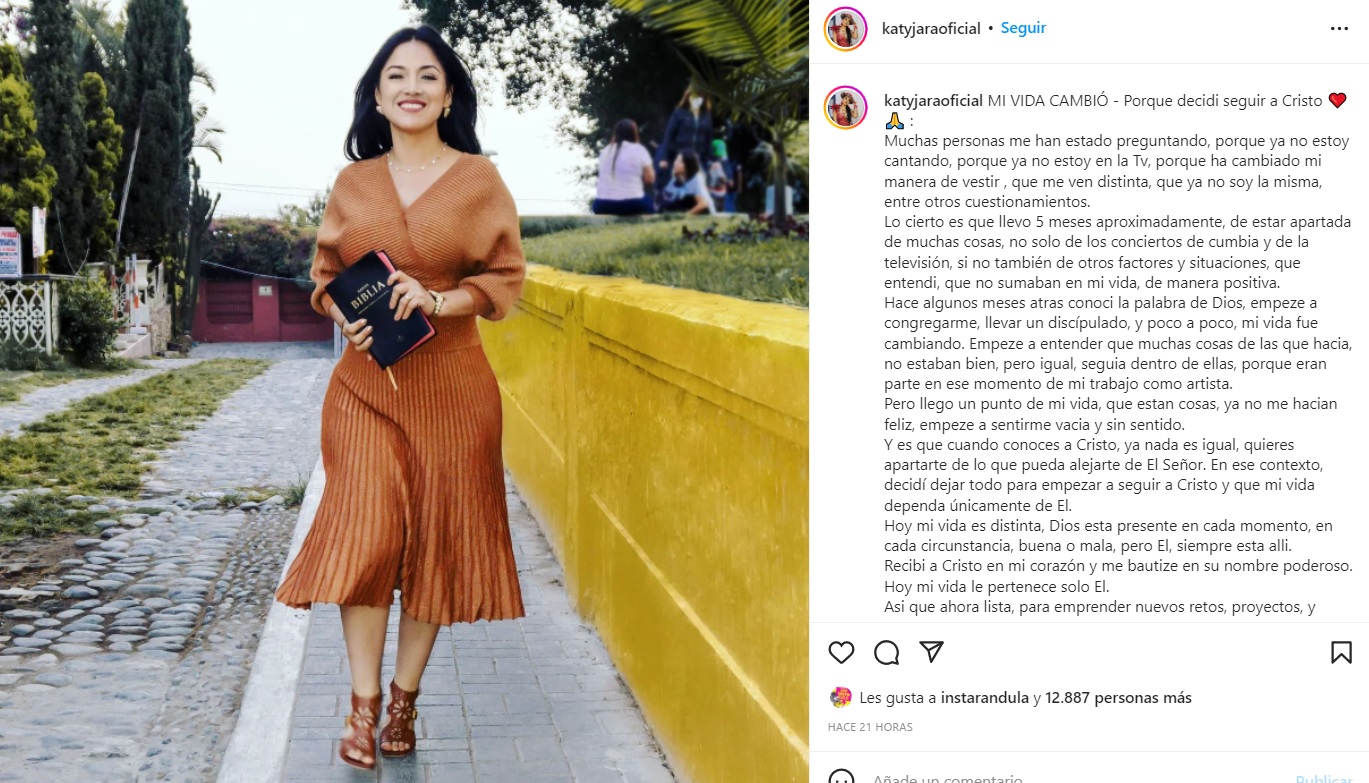 Katy Jara and the radical change she gave her life: she left the stage and now follows Christ
Óscar del Portal continues to live with his wife Vanessa Químper, according to Amor y Fuego
Melissa Paredes reveals that she thought of ending Anthony Aranda after the scandal of her ampay

Katy Jara explodes with ridicule after promoting a religious concert: “If it were reggaeton, tickets would sell out”