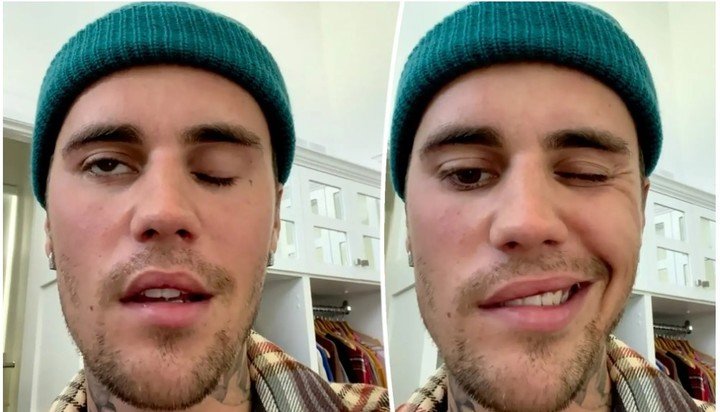 The artist suspended everything due to physical and mental health problems. In September he had already lifted the shows in our country.

Following the cancellation of his South American, South African and Asian tour dates, Justin Bieber also postponed all remaining dates of his world tour Justice see you next year, without giving specifications with an exact date.

The announcement, which was made via the tour’s official Instagram page, says ticket holders will be informed of next steps as updates occur.

The tour, which was originally scheduled to launch in 2020, had already been postponed or delayed several times, most recently due to an illness the singer suffers from: Ramsay Hunt syndrome, a rare virus that in his case caused facial paralysis.

The shocking image that Justin Bieber published on his networks, who was diagnosed with Ramsay Hunt syndrome.

The first leg of the tour

Finally overcoming the first difficult health moment, the tour launched in March and covered most of North America, but was again suspended in early June after announcing his difficulties with this health disorder.

After a slight recovery, Bieber resumed touring in August, but after several dates, on September 6 the singer announced that he needed to take a break of the performance. “I have to make my health the priority right now,” she said then.

The tour was scheduled to resume on October 22 in Malaysia, continue through East Asia, Australia and New Zealand before continuing in Europe in January and running through the end of March. The postponed North American dates have also not been officially cancelled.

Despite Bieber’s earlier announcement about his health, fans who can’t receive a refund until the shows are officially canceled weren’t pleased with the announcements, judging from the comments received on the Instagram post.

“Just cancel the rest of the tour at this point and give everyone a refund. I can’t even remember how long ago I bought tickets, it’s been so long!” one wrote.

Announcing the postponements last month, Bieber wrote: “Earlier this year, I went public with my battle with Ramsay-Hunt syndrome, where my face was partially paralyzed.”

He added: “As a result of this illness, I was unable to complete the North American leg of the tour. Justice. After resting and consulting with doctors, family and team, I went to Europe in an effort to continue.”

Bieber explained to his followers: “I did six live shows, but the body took a toll on me. This past weekend I performed at Rock in Rio and gave everything I have to the people of Brazil. After I walked off stage, exhaustion overcame me and I realized that I needed to make my health a priority right now. So I’m going to take a break from touring for the time being.”

The announcement surprised because the night before he was seen in the middle of the Rock in Rio Festival, apparently well. However, Bieber clarified the next day: “I’m going to be fine, but I need time to rest and improve. I have been so proud to bring this show and our message of justice to the world. Thank you for your prayers and support throughout this exclamation. Period I love you all passionately!”

Just a month ago, in September, after his time at Rock in Rio, the Argentine public that was waiting for him for his shows on September 10 and 11 at the Estadio Unico de La Plata, were left with the desire because the artist decided to return to Los Angeles early.

The Canadian clarified in an official statement his problems with facial paralysis, a product of Ramsay-Hunt syndrome, although at that time there was also speculation about other problems related to his mental health.

“It is because of this virus that attacks the nerve in my ear and my facial nerves and has caused my face to be paralyzed,” Bieber said on his networks.

On the other hand, the 28-year-old artist also revealed that he is affected by various mental health problems, largely due to the worldwide success he achieved with the song. Baby when he was just 15 years old.

Publicly, Bieber admitted that he suffers from depression and anxiety problemsand that works to combat these ills that also affect millions of people around the world as a way of warning about the seriousness of these disorders.

Therefore, determined to help those who have the same diagnosis as him, a phenomenon that has worsened with the pandemic, he also announced that he will launch free therapy sessions for a month for anyone who needs it in association with Betterhelp. It is an organization that offers psychological help and regularly joins forces with artists, including Ariana Grande.

For this Justin will donate three million dollars to this association that will provide this psychological assistance to those who are interested, among his followers but also to the 250 people of his team who accompany him on each tour.

Justin Bieber postponed all dates of his Justice tour for next year, including Argentina