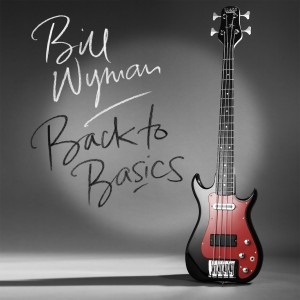 2015 – Since leaving the Stones, Bill Wyman, 84, is nothing like the lambda rock retiree. Not only does the former Stones bassist continue to tour with his band, The Rhythm Kings, but he even took some of them on board to record a sixth solo album, half of which consists of new songs. Produced by Andy Wright (Jeff Beck, Eurythmics, Simply Red…), Back to Basics is intended as a journey punctuated by various influences, from blues-rock to jazz, from rhythm’n’blues to Mexican music…” I’ve always loved variety! says Bill Wyman, on the phone, from London. Whether in my solo albums or the film music that I compose! »

How did you come up with the idea to record this album?

Listening to old demos intended for my early albums from the 70s and 80s. I thought they still sounded good, and thought I might also revisit old songs like “Stuff (Can’t Get Enough)”, ” Seventeen” or “I Pull you Through”. And since I had a little free time, I wrote new ones, before modeling everything at home, in Chelsea, on a computer. I then asked Terry Taylor, Graham Broad and Beverly Skeete of the Rhythm Kings to record them with me in the studio. Guy Fletcher, recommended to me by Mark Knopfler and Glyn Johns, also took part in the disc, as did guitarist Robbie McIntosh, who played for a long time with Paul McCartney.

On the cover of Back to Basicsis just a photograph of the instrument that made you famous….

It’s a copy of the bass I invented in 1960, before joining the Stones. The original is at Sticky Fingers, my restaurant in London…

… which is a kind of stonian museum in itself. Who was your go-to bass player when you started out?

It was Donald Duck Dunn (who died in 2012, editor’s note), the bassist of Booker T. and the MG’s band, the house band of the Stax label who played with Otis Redding Sam & Dave, Eddie Floyd and all the other On le also seen in the Blues Brothers movie. I learned a lot from him, from the very beginning, as soon as I heard him for the first time on the album Green Onions. He was my idol before becoming my friend. This is my foundation as a bass player.

You never had the ambition to be on the front of the stage. However, you started a solo career long before the other Stones?

That’s the reason why I’m not going to tour with this album. On stage with the Rhythm Kings, I stay behind, next to the drummer, where I belong. I sometimes approach the public to talk to them and sing a song or two, but I’m used to being a bass player. Having a solo career didn’t make me a performer. It was just the only way to play my songs. In most bands, when the musicians have ideas, they share them, but in the Stones, Mick and Keith wrote everything. There was no room for another songwriter, which was a disappointment for me. I could produce other artists, or release a solo album like I did in 1973. The success of Monkey Grip pushed me to keep going, between Stones projects, which wasn’t always easy.

Were you thinking of leaving them for a long time when your departure was formalized in 1993?

In fact, I left them in 1991, after our three wonderful tours Steel Wheels in America, Japan and Europe. I thought it was time to leave as we had peaked by then, although I still recorded on one last album with them. When we got together to talk about what we were going to do next, I told them I was leaving, but they didn’t believe it! (Laughs) With the Stones, I spent fantastic, very exciting years, seeing the world, earning money, appearing on television… You have to understand that all the English groups of the sixties, like the Beatles, the Searchers, the Animals, the Hollies or the Stones, thought that their success would not last more than three or four years. For a long time I had wanted to dedicate myself to a lot of other things… to write books, to do archaeology, astronomy and photography, and here it is: twenty years later, I was again with the Stones!

What is your relationship with the Stones today?

They weren’t very happy when I told them I was leaving (laughs) but we became great friends again. We’re like family, you know. We send each other Christmas and birthday presents, which I did this month for Ronny and Charlie, who were born in early June. They sometimes play with me at charity concerts. They also invited me to join them on stage at the 02 Arena in London in 2012. Our relationship is more social now, but I’m still associated with Stones business when they release old albums, such as recently. Sticky Fingers. I take part in it all the more so as the whole history of the group appears in the notebooks that I kept at the time. I know the dates and I have a lot of documents that they no longer have, which makes it possible to enhance these bonus reissues…

Maintaining the memory of the Stones is reminiscent of your passion for archaeology. Where does this passion for old stones come from?

From my country house in Suffolk. It was built in the 15th century, with a moat, as well as what was once a drawbridge. When I bought it in 1968, I found some old stuff in the garden, so I bought a metal detector to explore the nearby fields. As I wanted to write the history of the house – which I continue to do because I am constantly learning new things -, I extended my research to the surroundings of the village, where I discovered a Roman site that no one only knew, then a second, as well as an ax from the Bronze Age, ancient coins… Archeology allows me to learn, to get some fresh air and to exercise, which which allows me to keep in shape! (Laughs)

John Fogerty in “In My Room”, the confined concert