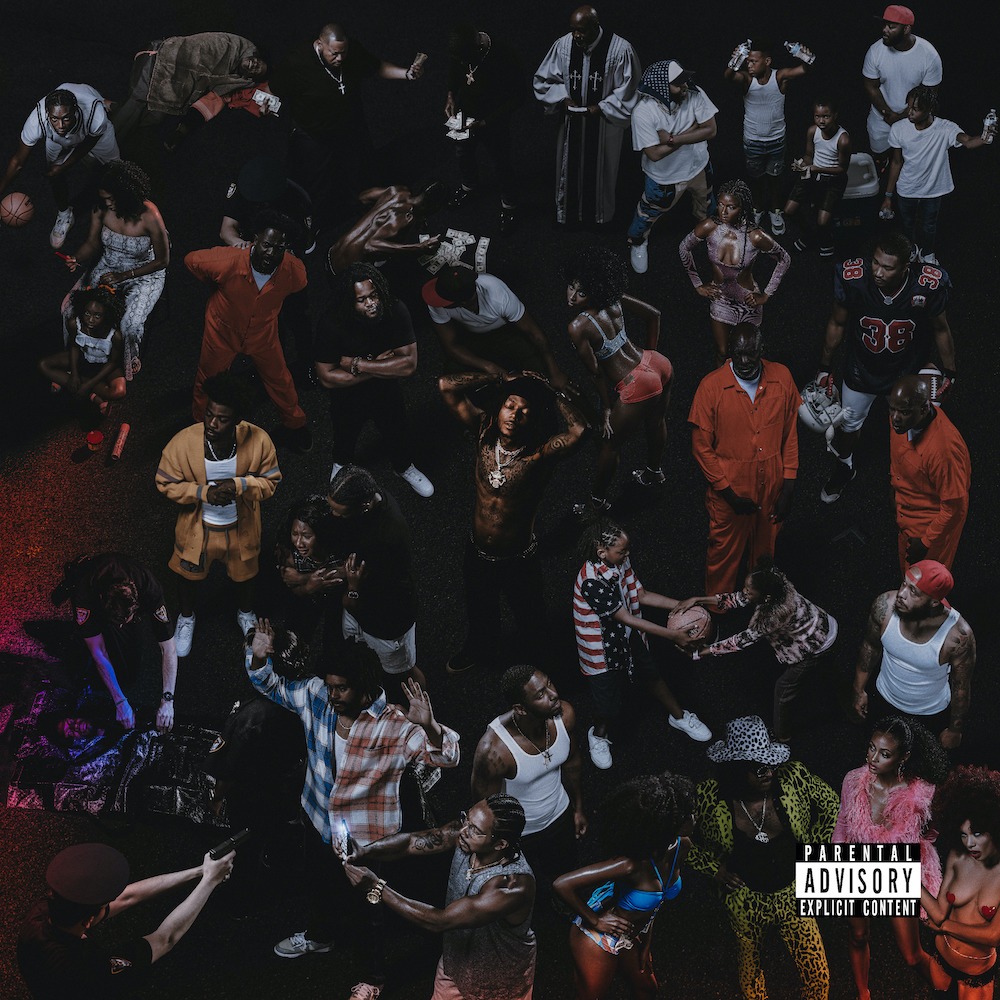 JID is the architect of his own future: he is primarily responsible for it and “The Forever Story” is a wonderful testimony to that, as well as opening multiple doors for him with new collaborations and musical expressions.

The young rapper is a unique talent who has the potential to shake things up among the current group of southern rappers dominating the charts. JID comes out on top with “The Forever Story”, proving that he has everything to succeed.

The long-awaited album “The Forever Story” is a magnificent achievement and the anticipation has been worth it. The project is an introspective portrait of JID’s character and her journey thus far as an artist, and will be a welcome addition to playlists among hip-hop fans this year.

Destin Choice Route (Atlanta, 1990) is JID, one of the most furiously talented artists of recent years. He is part of the group Spillage Villagefounded by EarthGang, along with Jurdan Bryant, 6LACK and Hollywood JB.

After releasing several mixtapes such as “DiCaprio” in 2017 he released his first album under the title “The Never Story”, in 2018 “Dicaprio 2”, both albums received a handful of praise and good reviews from critics and the public.

JID grew up listening to Sly & The Family Stone, Earth, Wind & Fire, Jay-Z and Mobb Deep and we can see all these influences in each of their works.

Away from the usual sound of Atlanta trap, JID shows us his skills and his unique sound in “The Forever Story”, released through dreamville (the stamp of J.Cole).

The production of the album is in charge of artists such as Monte Booker, Kaytranada, Christo, BADBADNOTGOOD or James Blake among many others.

JID explained in an interview with Complex: “I gave more details and in-depth stories (on this album), but there are still more layers to peel back, which I’m going to do because this is going to be a long process of trying to understand myself. this is just a good part of the origin story, and this is me finding that space to be more visible and present with words.”

JID knows how to use his voice to express his ideas and connect with listeners. On this album he shows us that he is still capable of creating a story through an album that is intense and full of meaning, thoughts and reflections on what is happening in the world we live in, but also on a personal level.

The album opens with “Galaxy”, an intro just like the one with which he opened his prequel “The Never Story” under the title of “Doo Wop”. JID opens the circle as soon as the album begins.
The vast majority of the album is dedicated to his family, we see it in tracks like “Crack Sandwich”, where he tells the story of a fight with his brothers in Atlanta. A completely expressive track we can appreciate even the screams. The familiar theme is also found in tracks like “Bruddanem” Y “Sistanem”, one of the most surprising songs on the album and that has the collaboration of james blake both in the production and in the voices.

JID is always taking risks and trying new things with his music, anything from sound to tempo can be found in his project and that’s what makes it so special.

In this album he also covers topics such as his career as an artist. “Stars”track in collaboration with Yasiim Bey, is about the beginning of his career in which he immerses himself in an oldschool instrumental full of beat switches.

Obviously, bangers couldn’t be missing from this album: In “Surround Sound” 21 Savage, Baby Tate and JID hop on to a sampled beat from “Ms. Fat Booty” by Mos Def (which itself samples Aretha Franklin). “Dance Now” with a featuring with Kenny Manson, fellow JID in Atlanta is another of the album’s bangers.

Another essential is “Lauder Too” alongside Ravyn Lanae and Eryn Allen Kane. Here JID is presented as more experienced and introspective because of his internal struggles. With “Lauder Too” the album closes despite the fact that the last official track titled “2007” could not be published due to sample authorization problems. However, Dreamville published it on its YouTube channel.

JID explains that “You need to listen to 2007 to understand the full story of the album.”

JID has shown on “The Forever Story” that he is one of these artists who are making big waves for the future, suffice it to say that the album flows with a level of production to think that these artists are reinventing hip hop together. It seems like they just threw ideas at the wall and many came up with their own kind of sweet and sour candy.