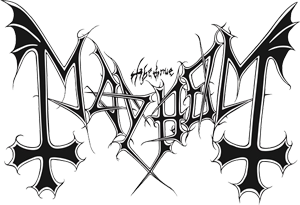 Interview with Attila Csihar from MAYHEM before their concerts, tomorrow Friday in Barcelona and Saturday in Madrid

MAYHEM visit us this weekend and we have taken the opportunity to speak briefly with their singer Attila Csihar and let us know a bit about what these imminent concerts are going to be like.

– Good morning from Madrid Attila, how are you? Everything’s fine?

Attila.- Yes all ok. We are back on the road with MAYHEM now that it seems that the Covid is finally going down.

– To begin with, we are going to talk about the concerts. How is the tour going so far?

Attila.- Well, so far so good. It’s a long tour, and it’s being a complete success. Normally we don’t do such long tours, but Covid left us half done with the “Daemon” tour.

In any case, you can still see the chaos, as the Covid has destroyed Europe. especially the scene. Now the whole world is on tour and people don’t have money, they don’t know which concert to go to. Although we can’t complain, people keep coming, and everything is going well. It’s not that we’re constantly running out of stock, maybe one or two at the moment, but it’s not bad for us.

However, something strange continues to be noticed, although it is good to return.

– Tell me a bit about the repertoire. I suppose you review the whole career of the group, but are you taking the opportunity to present your latest album “Daemon”?

Attila.- We lost a lot of money with the Covid. We had just started the American tour in Chicago and suddenly we had to go back. We had a lot of merchandising ready. It was crazy. We thought we’d be back soon and it’s been almost three years.

Speaking of the concert, we played like an hour and forty-five minutes. There are like three repertoires so that there is for everyone. The new album “Daemon”, which we are promoting, and songs from the last era is like the first half, then there is another part with the classics that people always want to hear and we like to play, especially songs from “Mysteriis”, like half the album. And the last part is more early, more punk, the “Deathcrush” stage.

We really wanted to go back and with this long tour, we are sounding very good, it shows that the band is well oiled. It’s been a tough tour, but it is what it is, it’s a lifestyle, although we are getting less and less young, of course. I think I have to be one of the oldest extreme singers on the planet. And that can be applied to drums as well. And that’s why it’s so special that we can still pull this off, a very extreme concert, and I’m so proud to be able to keep doing it. I did my first concert when I was 16 and I’m 51, 52 soon, it’s crazy. And all this is thanks to the people, the fans, who continue to listen to this music.

– Regarding the assembly. What can you tell me? What are Spanish fans going to see?

Attila.- It’s all new, it has a different roll. The design is also divided into three chapters, it’s very intense. I think it will be very good and people will appreciate it.

We don’t know how long we’ll be able to keep doing this. If I ever notice that it loses intensity, I will leave it, it has to be as it has to be. And we’re still up to it, but it can’t be forever. It is impossible. At the moment it is very good. If you like MAYHEM and extreme metal is the best you can see today.

Attila.- We are talking about ideas but we are in a strange situation. “Daemon” had a good response, people liked the album, but it came out just before the pandemic hit, so we couldn’t finish the tour. So now we’re trying to finish that tour and promote the album properly. I think this will take like another year, Japan, Australia, another American tour in the fall, so it will be another year until we finish this record.

In any case, at the same time we are weighing ideas and seeing in which direction they take us. We don’t know if it will be more old-fashioned, if it will be more current, I’m the one who likes today (laughs). We are talking, everyone can give their opinion.

It’s also that everyone has their other projects, I’m with my Egyptian-themed project “Rituals”. It was something I wanted to do, I have studied, I have traveled to Egypt, I have felt the energy, I have absorbed it in a certain sense. It is not related with MAYHEM, is something else. Having a side project balances me out, to say the least. I also like to investigate other types of music, except pop (laughs), not seriously, it doesn’t catch my attention. I intend to present it live, and it’s going to be very, very dark, both the music and the presentation.

Going back to the new album, we have to see the schedules. I would like to release a live album because there isn’t much. There’s the live performance of “Mysteriis”, but I already sang on the album, so I see it as quite similar. I would like to get something singing Maniac songs, that would be a difference, and also when we play material from “Deathcrush” it sounds much more extreme. I would like to bring out those songs with my voice. It wouldn’t be putting it out to sell, it would be sharing those songs with people.

Regarding the new album, there are people who want it, I’m a bit in the middle. We also don’t know how many albums of MAYHEM remain.

I am happy, I enjoy my life, and I like to tour and travel, but I also like to be at home and enjoy my hobby, which is hi-fi.

– Well, nothing Attila, thank you very much for your time. See you tomorrow in Madrid. Take the opportunity to greet your fans in Spain.

Attila.- I really want the concerts in Spain. I think the last time we were in Malaga was at the Rock The Coast festival. I liked the festival, it was a great place. Now we’re going to Barcelona and Madrid, I’m really looking forward to it and it’s going to be incredible. The concerts in Spain are always crazy, a bit like in South America, in a good way (laughs). I have always liked the south of Europe, it is more extreme, more devoted, I love it, Spain, Italy, the south of France, the Mediterranean is obvious. People are friendly, food is good… people are very warm, more open. I really want to.

Interview with Attila Csihar from MAYHEM before their concerts, tomorrow Friday in Barcelona and Saturday in Madrid