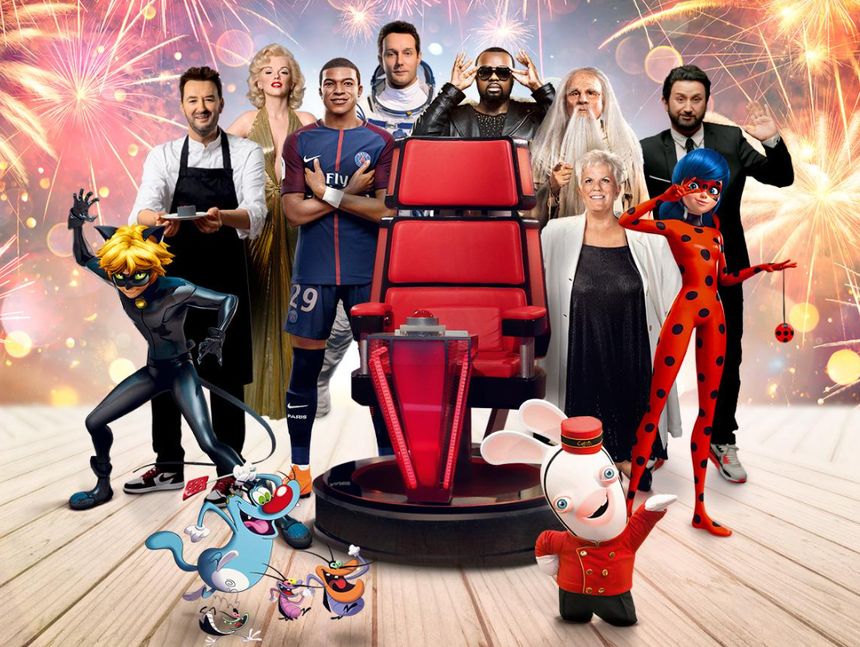 Enter at Grevin Museumit is a consecration in the life of an artist!
Kylian Mbappé, Cyril Lignac, Emmanuel Macron, Mimie Mathy, M Pokora, Simon Veil, Mika, Thomas Pesquet, Line Renaud, Maitre Gims… are among the hundreds of personalities already present behind the walls of Boulevard Montmartre in Paris.

Nevertheless, fewer women there and management seems determined to fix it.

to listen again
The Georges Pompidou Center in Paris

Yves Delhommeau, the general manager of the Grevin Museum, was the guest of Romain Ambro in the 6/9 France BLEU PARIS to evoke the disappearance of the Queen of England and the statue still acclaimed by foreign tourists.

He took the opportunity to reveal the identity of the personalities chosen to soon enter the Grévin Museum.

Two women: a sportswoman and an actress

Licensed to the Red Star Club of Champigny-sur-Marne, the one nicknamed “Gnougnou” is the sporting revelation of recent years.

France’s flag bearer at the Tokyo 2020 Olympics, the judoka is the most titled French fighter at the Worlds accumulating five world champion crowns and two silver medals. So she joins another judoka: Teddy Riner which recorded him ten coronations between 2007 and 2017.

Become very popular thanks to the hit series “HPI” from TF1the quirky-looking actress plays Morgane Alvaro, an ex-cleaner with high intellectual potential who has become a consultant for the criminal police.

A statue chosen by the public

For the first time through the “Grévin Awards”, a major competition offered the public the possibility of nominating the international star to enter the Grevin Museum and it’s Dwayne Johnson, American wrestling star and actor nicknamed “The Rockwho received the most votes.

A 3rd statue for Zizou!

For the third time, the statue of Zinedine Zidane is one of the most awaited by football fans. The Museum teams have therefore decided to modernize his wax double to fit even better with the current physique of the 1998 world champion footballer.