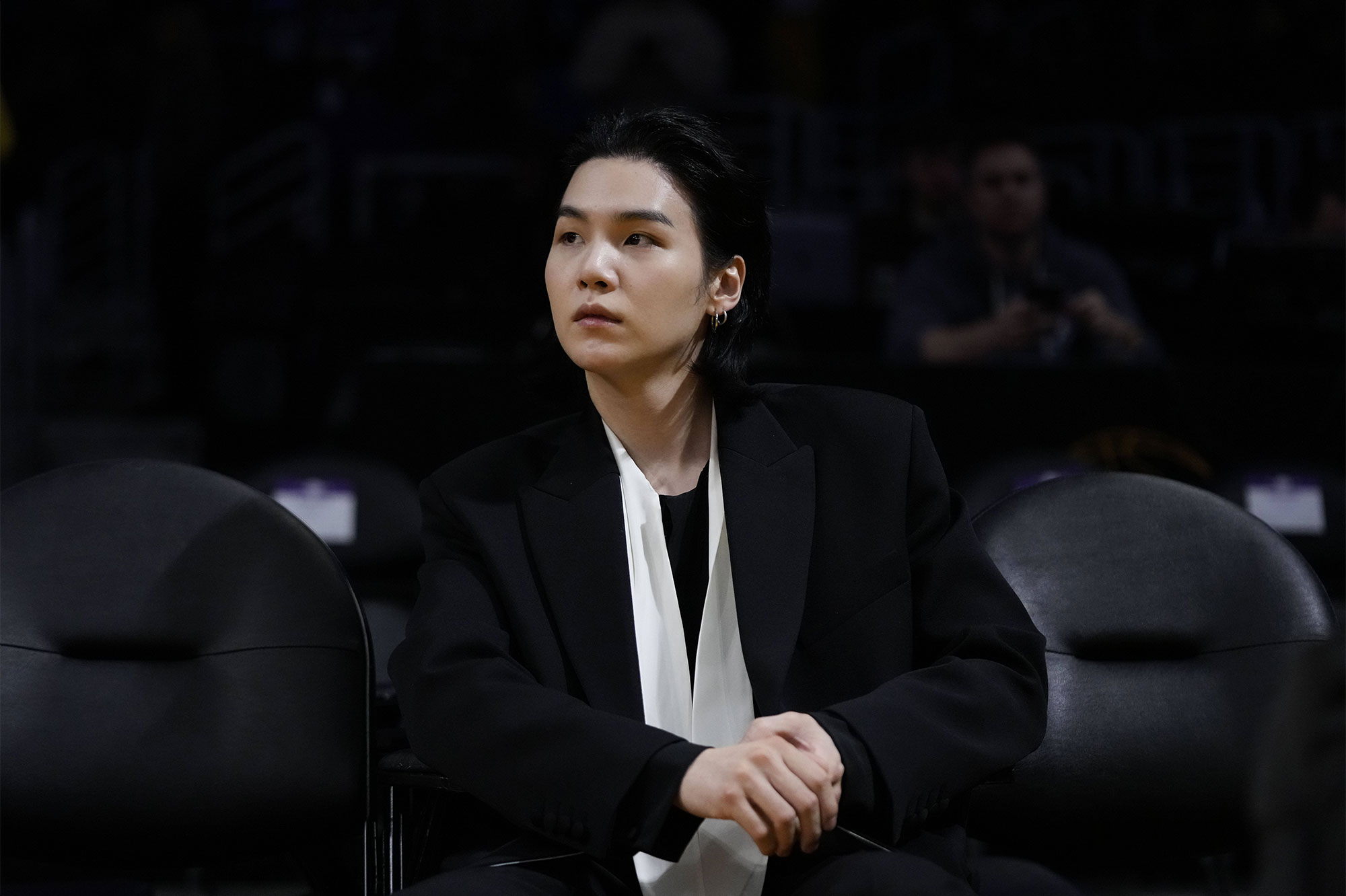 As a true basketball fan, Suga from the group BTS never misses the opportunity to attend a game. Thursday evening, it was in Los Angeles, California, that the South Korean rapper and producer was to follow the Lakers against the Dallas Mavericks. In the front row on the floor of the Crypto.com Arena (formerly Staples Center), Min Yoongi, his real name, took advantage of the victory of the Texas franchise against teammates Lebron James. Perhaps the artist had brought luck to the Mavs by meeting their star Luka Doncic a little earlier, with whom he posed for a photo? Welcomed as it should be by the NBA, Suga was also able to enjoy a demonstration of the cheerleaders of the Lakers, who gave their best on a choreography of the tube of BTS, “Butter”.

A nice tribute to the one who, last September, had already caused a sensation in this time meeting the Golden State Warriors, traveling to Asia as part of his pre-season. He was then able to exchange with the American superstar Stephen Curry and had not hesitated to pose with the jersey of the Warriors. At the beginning of the week, it was the Lakers that he held in his hands, sharing the photo on Twitter and collecting nearly a million “Likes” along the way. It’s no surprise to see the young man enjoying different teams. In an interview given last year to “Vogue Korea”, he explained that he was not a fan of a particular franchise.

But it is not only to follow an NBA game that Suga went to the United States. Thursday evening, he wore an outfit signed Maison Valentino, which announced a few hours earlier a collaboration with the star and the magazine “GQ” as part of a campaign for the line “Maison Valentino Essentials”. “SUGA becomes a symbol of empathy and connection, captured in new looks,” he captioned a first behind-the-scenes clip from this photoshoot. Something to occupy the artist whose fans are impatiently awaiting the next solo album.

#MaisonValentinoEssentials comes to the forefront through a special campaign with @GQMagazine and #SUGA of #BTS.

In a behind the scenes preview, SUGA becomes a symbol of empathy and connection, captured in new-in looks.

Stay tuned and shop the pieces only at LA’s Maxfield. pic.twitter.com/wnOA7DXeKl

Many projects and always success

Since last June, BTS has opened a new chapter in its history by announcing that they want to devote themselves for the years to come to individual projects. Rappers and producers J-Hope and RM have both released their respective projects before, each breaking records. J-Hope notably performed as a headliner at the festival Chicago Lollapalooza and the group’s frontman, RM, topped album charts worldwide. He also announced a highly anticipated collaboration with Pharrell Williams during a crossover interview for “Rolling Stone.”

Jin, the eldest of the group, made history by selling more than a million albums of his very first title “The Astronaut”, written in collaboration with Coldplay. as a goodbye letter to his fans before he left for military service. Little by little, the members will follow his path for this 18-month long duty. Their return to seven is announced for 2025.

But in the meantime, they intend to register their first names in the music industry, next to the now unequaled one of their group. This Friday, it was Jimin who unveiled a brand new song – “vibes– in duet with singer Taeyang. For their part, the two youngest members of BTS, V and Jungkook, have also been very busy. The former recently filmed a hit variety show soon to air on South Korean television in Mexico and the latter performed on stage for the opening of the FIFA World Cup with his hit ‘Dreamers’.