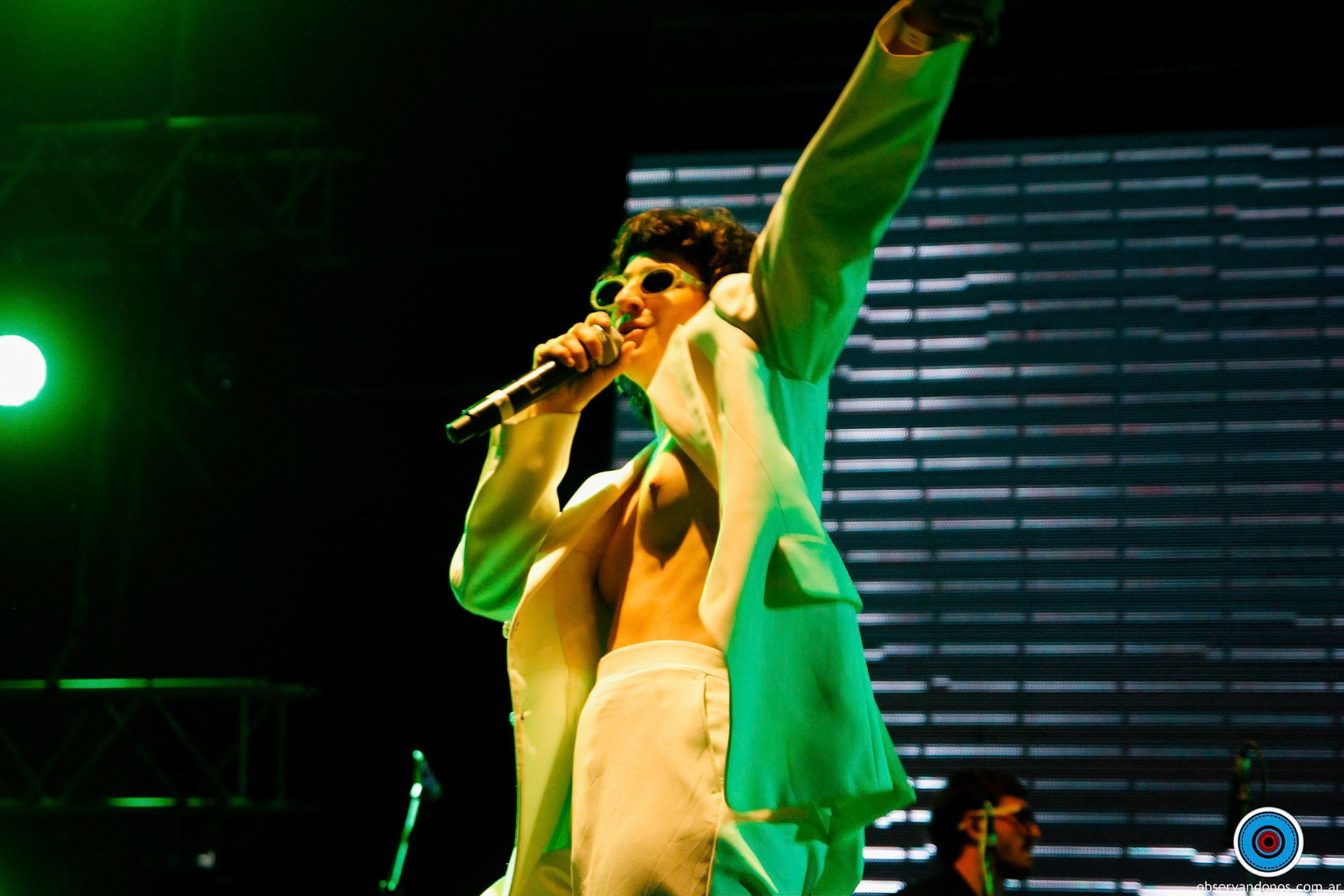 Marilina Bertoldi is, without a doubt, the rocker of the moment: she won the “Gardel de oro” for her album light a fire and is nominated for the Latin Grammys as best alternative artist. Her last presentation at the Futurock Festival caused controversy on social networks because they censored the singer’s photos for showing her nipples.

Dressed in a white suit, Marilina appeared on the Malvina Argentina stage without a bra, only with a white jacket and gave a show that was broadcast on multiple platforms.

The fans began to upload photos of the rocker to their personal instagram accounts and for having inappropriate content they were censored by the social network.

According to instagram, censorship “applies to photos, videos and certain digital content that show sexual acts, genitalia, close-ups of fully exposed buttocks (…) and some photos of female nipples“.

But Why is the male chest allowed to upload photos freely and a female one is censored?

In classical civilizations it was common suggest the body through the tunics, due to that eagerness of Hellenism to exalt the human figure as an example of beauty. Both in Greece and in Rome, women can insinuate their silhouette, something that begins to vary from the end of the Roman Empire and throughout the Middle Ages, when it already hides it, when the use of two or more superimposed tunics is generalized. The influence of the barbarian costume in the Western world meant that during the Middle Ages the female breast was protected because it existed, in the peoples who occupied the Romanized areas, a concept of the nude that prevented them from showing the parts related to reproduction and nutrition” commented the Spanish historian Diane Fernandez, fashion history teacher and stage costume expert, to Vogue.

Many singers appear in “leather” on stage, either for warmth or aesthetic value. Before Mick Jagger, Iggy Pop and Resisdente; Today, on the national scene, the ragpicker Ca7riel makes his fans sigh. Why are those nipples that incite sexuality not censored?

In sex the breasts play, but also other erogenous zones take an active role, however they are not censored. They are one more component of the anatomy, entitled to enjoy the same neutrality, at least, as their male counterparts.

As for Marilina, is she a fan of nipples? a born transgressor? An object of desire or an artist? The answer is yes to everything. In 2016 in the video for “Y undo”, the Bertoldi shirt lets her nipples show through and was heavily criticized for it. “Many reproached me that nothing I did from that moment on was going to be credible -He says-. They led me to think ‘I really shouldn’t have done it’. But I was able to recap. My message had not changed, but my ideas were being condemned because I showed my body, and what is more ridiculous, my nipple. It’s stupid. It’s like you can’t be sensual and thinking at the same time, when it’s the other way around: intelligence is sensual,” the artist told Billiboard magazine.

But before Bertoldi, there is the American artist Lina Esco managed to impose #FreetheNipple. This campaign does not exclusively advocate for women to be able to bare their torsos at any time, but rather seeks to eliminate society’s tendencies to sexualize women’s upper bodies, drawing attention to hypocrisies and inconsistencies in American culture and its legal system that enforces taboos.

Two years ago he was born in Barcelona Nipple Magazinean Instagram profile that collects hundreds of censored nipples under the hashtags #STOPnipplecensorhip. one of its creators Patricia Lujaneven managed to make a sample with the Instagram stories that the users spread with the hashtag.

In Argentina, more precisely in the media coverage of the National Meeting of Women, the most important feminist conclave in the country, only transcends the protests of the demonstrators in “in tits”, not their slogans, not their discussions, but the presentation of those bodies without a bra on the public scene.

The networks are nothing more than a means of communication, a pamphlet of our lives, our jobs and our cultural consumption. How is it possible that a platform built by users has such a patriarchal logic of censorship?

Information, including the modification of values, allows movements to cross borders thanks to networks. It is time for us Argentines to collectively join the #freethenipple questioning the mandates of hegemonic bodies at the service of consumption and more at the service of our desire.

Cover photo: collage with a photo from “Observandonos.com”