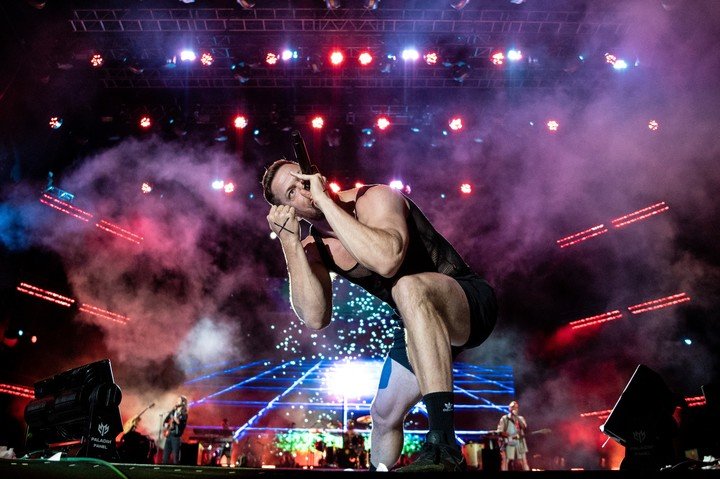 When tickets for the show confirmed for October 23 went on sale, fans swept the tickets in two hours. As a result of the furor, the group led by Dan Reynolds confirmed a change of location to Costanera Sur (a larger property), so more tickets were added for sale.

The return of Imagine Dragons to Argentina is imminent: after their last concert in the country within the framework of Lollapalooza Argentina 2018, the band led by Dan Reynolds will return in a big way: after selling out in two hours the seats of the show that was going to be at the Hippodrome of Palermo, the characteristic fury of the Argentine fandom made the band change location to a bigger one: South Coast. In this way, the concert that will be offered on October 23 expands its experience so that more people can be part of the magic that only Imagine Dragons knew how to harvest through its more than 55 million song reproductions, 49 million records sold and more than 60 million streams throughout the world.

Produced by DF Entertainment and Live Nationand presented by Flowthe expansion of the show to a larger venue enabled new tickets for sale that can be purchased through the platform all-access. Users of Club Personal will have the 15% discountwhile supplies last.

The new tickets for sale can be purchased through the All Access platform.

It should be noted that previously purchased tickets are valid for the new location. Those who cannot attend they can request the refund until October 5 inclusive.

Comeback in a big way: A new album, the success of League of Legends and the current situation of the band at its best

The New Citroën C3 invites you to the Imagine Dragons show as part of the Mercury World Tour, which finds them presenting their latest album, which was divided into two installments: Mercury — Act 1, of 2021 and the second, Mercury — Act 2, of this year.

With the legendary Rick Rubin in charge of production, it may be his most ambitious project yet. The success of songs like “enemy” –which was chosen for the animated series “Arcane League of Legends” and generated a furor among the new generationsturning them into new fanatic litters of the band-, “bones” Y “Shark’s” on the platforms confirm that it was worth it. This tour has already taken the natives of Las Vegas to play before crowds of fans around the world and, during October, it will be the turn of the Latin American part of their tour that, in addition to Argentina, will also find them on stages in Colombia and Brazil. .

The band is in one of its best moments and managed to capture the attention of the new generations.

Since its inception, the band has marked the course of rock -in its intersections with other genres such as pop and electronic music-, placing itself time and time again in the lists of the most listened to. The three most successful songs of the genre all belong to this quartet commanded by Dan Reynolds: “believer“, “Thunder” Y “Radioactive”.

Their latest release and accompanying tour finds them in a moment of maturity: Imagine Dragons have consolidated their style, taking their formula to its maximum expression and enhancing what has made them stars all over the world, both in the studio and at their shows. Thus, the recital will surely be the opportunity to listen to what is new live for the first time, as well as to vibrate again with already classic songs such as “Whatever It Takes”, “Natural” Y “demons”.

Imagine Dragons: The sale of new tickets has already begun