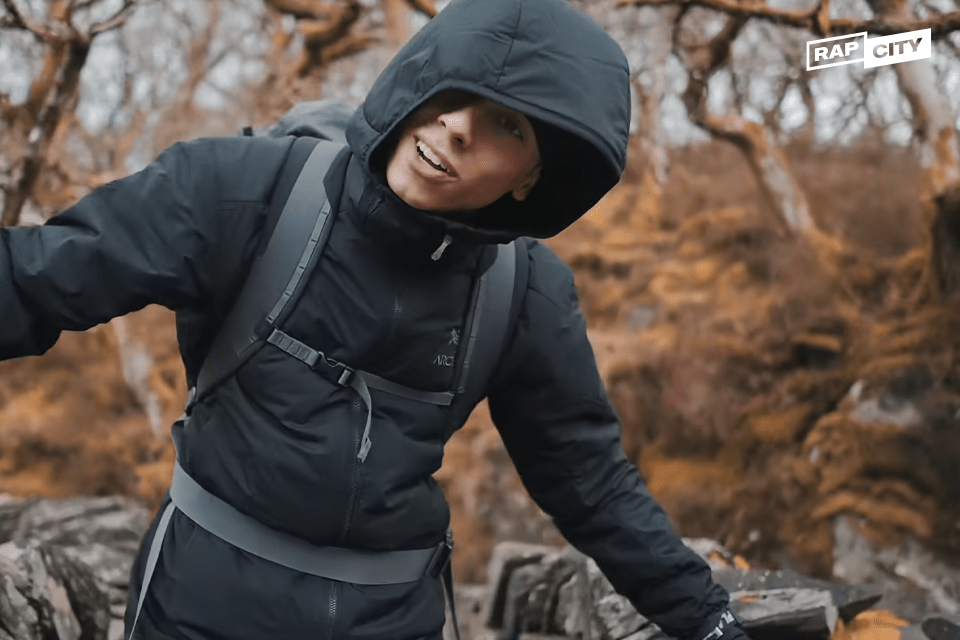 Frankly, we didn’t see that coming. The technical flow in hiker mode lands in rap clips. We hadn’t missed the delirium, the well-boho, well-made Sunday brunch fashions had started to dig into the locker room of the darons determined to make as many limits as possible on the paths of our beautiful country. These saps, made to be practical, not to be pretty, take a big hype. It is incomprehensible, and yet it is there.

So why is it there? Who popularized delirium? We will try to understand, without judging. No, because it may seem stupid, but we’re not going to be like, we too fall into it, we are the worst yenclis but what do you want, we assume.

We start at the end. We will see later that delirium has been infused into rap for years. But to fully understand what we’re talking about today, you have to see the clip ” Khalid by Central Cee. This is one of the best example. The guy literally goes on a hike to shoot his clip. One of the first images, he dances next to his tent for 2 seconds. So technical sap level is the festival. The Arc’terix windbreakers, the backpack that attaches in front, the Jordan X and their walking shoe look. In short, there we can hesitate between a spot from the Napapijri pub or a rap clip. But with Central Cee, you can’t be wrong, even with the hood in his face, the guy is hot.

Small point on the Arc’terix brand by the way. It’s a 100% technical brand at the base, which was surprised by the hype itself. Their basic objective was not the lifestyle, but the Bugs who set out to walk in extreme conditions. So they developed a solid and effective product before being aesthetic. But since they emphasize technology, it must be said that the brand is expensive. Except that who says expensive, says possibility of flex.

Rappers are always looking to find products that make it easy to flex, Arc’teryx makes it effortless. So obviously since the brand has understood this and is starting to do lifestyle collaborations from right to left, it would be stupid not to capitalize on the hype.

But it’s not Central Cee that highlights the brand. The first to have done it is Virgil Albloh, Frank Ocean or Drake. Virgil, for example, shows up with the Alpha SV in Thalassa Blue at the end of the Vuitton Fall Winter 2020 show. The designer’s aura is enormous in fashion, but also in music, as we know. Buddy with Kanye, with A$ap Rocky, he inspires as many people as possible. 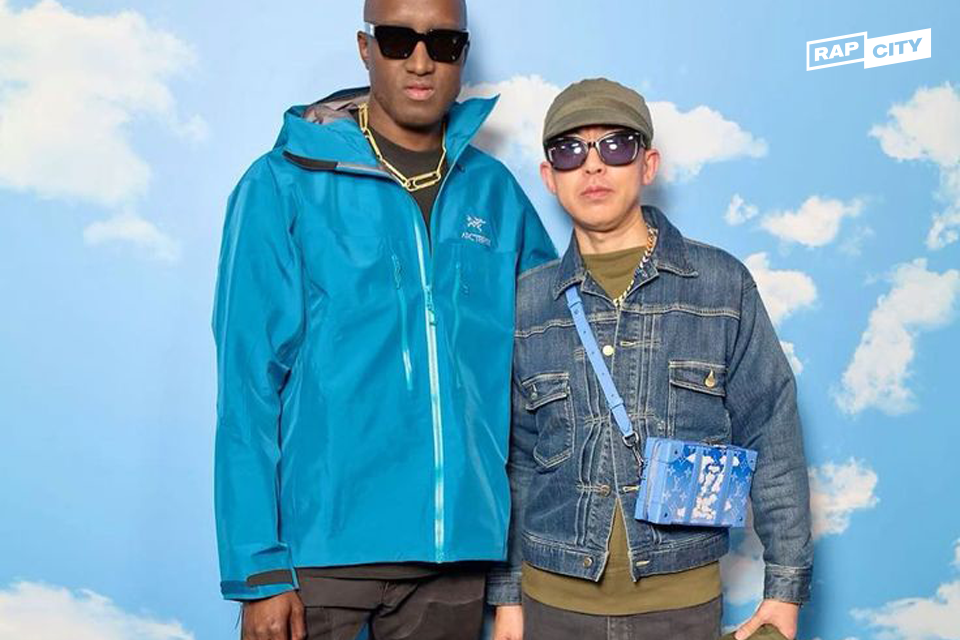 Speaking of guys with huge aura, Frank Ocean is in a good place. When the guy arrives with the Mammut down jacket, a Swiss mountaineering brand, and his Arcteryx beanie, it’s also 2020, and it’s clearly the start of something. The singer, who hasn’t released any music for far too long, is now the face of Prada and releases very tech-wear windbreakers there. In real Frank it was largely his influence that brought this style to light, one of the first to drip like a hiker. 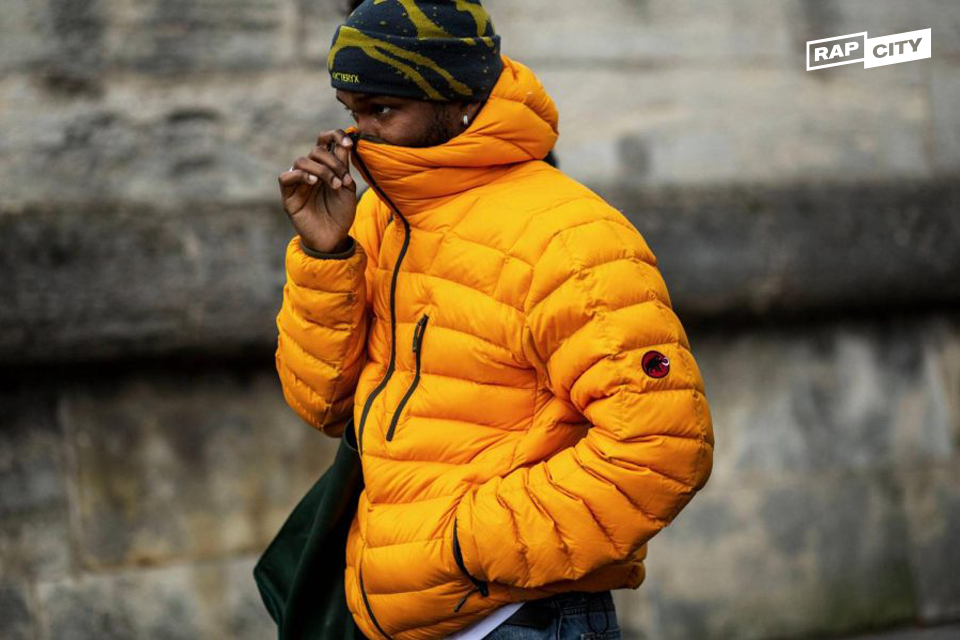 Drake is a monster in music. And if the guy took a long time to be recognized as a well-dressed guy, we can’t say the opposite today. We know he’s a curious guy who has his eyes on everything that’s going on. When he likes something niche, he likes to put the spotlight on it by appropriating it. Some will say that it’s the biggest sucker in this game, but we’ll let you have your own opinion the eggs. In short, Drake started wearing technique in 2019 when he got caught up in the drill wave, and started doing it with War.

From drill to hike there is only one step

Thanks Drake for the transition, let’s talk about drill. Because the popularization of the genre is not for nothing in the tech wear delirium. Little recap in a nutshell what is the drill. A particular beat, a particular flow, but above all a very hooded ninja style. You have to be discreet and incognito, the drillers are wanted (or want to pretend they are wanted). To run the cops, you need sappes that don’t slow you down. So for the light North Face down jacket, the mad skier balaclava, and the pair of Asics, there’s no better. It becomes the classic silhouette of the driller (with a penknife you picked up we are in Top Boy us).

Check out this Plugged In by Fumez THe Engineer with Hazey wearing a Bergans jacket. In France to find this brand you have to connect to alpiniste.fr not to Citadium eh, that says it all. Rainté, outdoor, the link is quickly made. Since the night of time the rappers undermine themselves as in the street. And the street is sporty, comfortable, you have to be able to kick a football at any time.

Where is the French hiker?

In real life in France, our rappers are not yet too much into really hiker brands like Arc’teryx or so we missed it. They are obviously good in North Face, the brand that bridges the gap between undermining football and more technical and confidential bayes. There is one, however, who is 1000% delirious, it’s Orelsan with Avnier, a brand he set up with a friend. The brand has made a name for itself in this world of technical undermining, and Orelsan, in addition to being a big fan of LED technology, has managed to give real legitimacy to its brand among outdoor fans. Avnier now has collaborations with brands like Etudes, but also and above all, THE tech wear brand par excellence: Salomon.

We’ve talked a lot about Arc’teryx, but in the panoply of the perfect hiker, we find the pair of Salomon XT5. It is obligatory. And Orelsan has released several collaborations with Avnier, on the XT5, the speedcross 4 and the Xa Pro 3D in particular. Remember that Salomon is a French brand that was created in Annecy, to play sports in the mountains.

Otherwise apart from that we haven’t spotted too many fr rappers yet who appear with this kind of brand. We can talk about the cover of the Errr Tape de la Fève, on which we can see a big pair of hikers, of a fictitious brand because it’s a 3D rendering. But otherwise, unless we are mistaken, we have no other examples. Do you think you have seen it on your side? Cultivate us and send it over here.

How do hiker clothes end up in rap music videos?