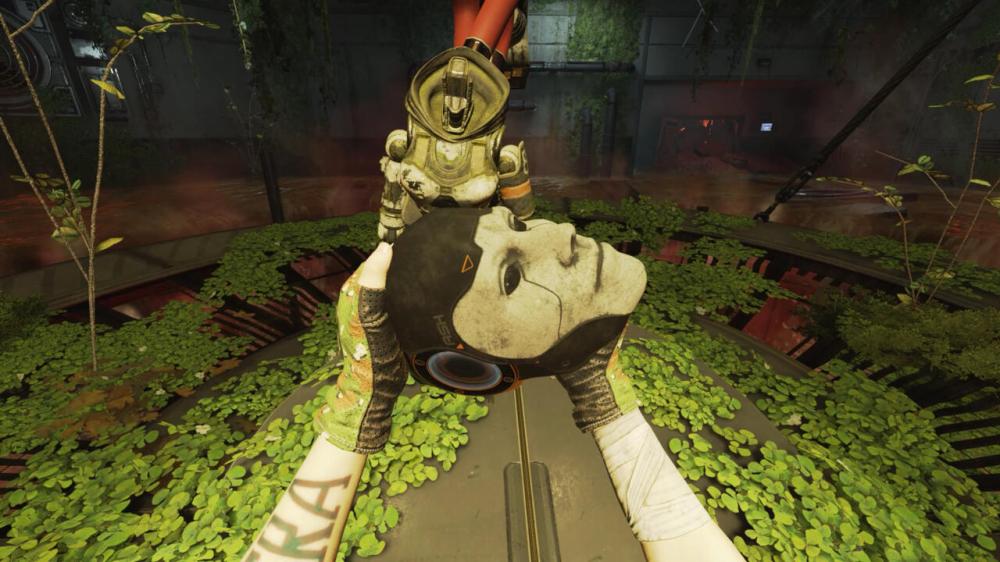 Hot Drop is GameSpot’s weekly Apex Legends column, in which Jordan Ramée takes a closer look at Respawn’s battle royale to provide additional insight into how the game has evolved, as well as dig deeper into its episodic storytelling and characters.

We’re now two years away from the best thing to ever happen to Apex Legends: the introduction of Quest. The new story-driven mode kicked off in May 2020 with Season 5: Fortune’s Favor. His first screenplay was called The Broken Ghost, and it was fantastic. Even two years later, no questline has been so compelling, and Respawn hasn’t found a suitable successor for it in the seasons since.

That is, until Season 13: Saviors. This new season adds IMC Armories to Storm Point – these armories allow squads to engage in PvE combat against Specters in order to earn better loot. For now, they’re strictly a way to finally add PvE combat to a PvP battle royale without it feeling unnecessary or boring, but I think they can be so much more than that. IMC Armories hold the potential to reintroduce something like The Broken Ghost to Apex Legends.

Tendency
How to Start a Blog in 2022 and Earn Money

For those not in the know, The Broken Ghost was a weekly optional side quest in Apex Legends. When playing a battle royale match, you could find treasure packs. Finding five packs earned you a ticket to access the next chapter of Quest, which is released weekly. These chapters saw you embody your favorite Legends as they explored an alternate universe in search of artifacts for Loba, engaging in PvE combat against the shadowy rangers of that world, then gaining text interactions between the Legends, advancing the story of Apex Legends by leaps and bounds. terminals.

Season 5 was when the community learned that we were actually fed mere morsels in Seasons 1-4. Respawn piled the lore and narrative development into our hungry throats in Season 5 – for the first time. time, the Apex Legends community was having a blast.

It was like being part of an interactive television show, with fans enthusiastically taking to Twitter and Reddit each week to discuss the latest developments in The Broken Ghost and theorize what would happen the following week. And that story unfolded – it finally saw the return of Titanfall 2’s Ash, the thrilling first steps of a strange relationship between two women of color, the formation and dissolution of Wattson and Crypto’s adorable friendship, the first signs of Wraith’s big sister mentality when it came to Wattson, and the slightest hint that Caustic might care about people beyond using them as subjects for his experiments.

And on top of that, The Broken Ghost also influenced Apex Legends weekly battle royale. Season 5 saw the introduction of reactive character banter, coloring how certain legends interacted with each other. Loba and Revenant were antagonistic towards each other, for example, while Caustic was paternal with Wattson. And how those interactions unfolded as The Broken Ghost progressed: When Wattson lost faith in Crypto and Caustic, for example, his voice lines with the two legends went from friendly and jovial to wary and dry. It was an incredible season.

Almost every storyline in Seasons 6-12 traces back to The Broken Ghost. It is widely considered by the fan base to be the most influential arc in the Apex Legends narrative. It was a lot. In this case, it was too much.

The Apex Legends writers tried to do more PvE-focused quests, but couldn’t. “We have many developers here who would have liked to continue doing something like [Season 5’s Quest],” then Apex Legends game director Chad Grenier told me as we discussed the battle royale’s transformative second year in February 2021. “The problem is, well, we did the quest, and then we we had a lockdown.”

“Trust me, we tried a few times in the last year with stuff that ended up on Twitter,” wrote then-Apex Legends writer Tom Casiello. Twitter in October 2021. “We could never get it right at launch. It’s a labor issue, it’s a memory issue, it’s a time issue. We all wish it was different. But that’s the reality of the situation.”

Respawn attempted to fill the void left by The Broken Ghost with quests that played only as comics, radio plays (called chronicles in-game), and text-based conversations. Some managed to deliver rewarding storylines, but none captured the interactive element of The Broken Ghost.

The Broken Ghost worked because it told its story through PvE missions – like campaign levels in Titanfall 2 – that were entirely separate from PvP battle royale, where scripted conversations would understandably be hard to enjoy. And while Respawn has since tried to implement PvE into its battle royale since then, it hasn’t worked as well as the PvP nature of the game can’t be escaped, creating frustrating moments where your team is attacked by d other players while engaging with the PvE side of things.

IMC Armories fixes this. These Arsenals are quickly proving to be one of the best additions included in Season 13 – they give anyone a way to opt into PvE combat if they want to and earn some really great rewards for the trouble. Armories close upon activation, so you don’t have to worry about another squad approaching you and ruining your match. Frankly, IMC Armories are a brilliant way to add PvE to a primarily PvP-focused battle royale. Plus, they’re just a lot of fun – I love them.

And because these armories are closed and other squads can’t access them until your team decides to open them, they hold the potential to re-enter narrative-driven PvE combat in Apex Legends. Respawn is technically toying with this concept already – you’ll notice that when legends hack IMC Armories they’re using a version of Crypto’s hacking software, implying that legend trusts their competitors enough to give them some of their tech . It’s a small detail, but one that’s easier to notice when you can take a moment to stop caring about other players because you’re locked in an impenetrable bunker.

I think this is how Respawn can return to The Broken Ghost PvE missions. Instead of trying to completely separate PvE and PvP, he can find ways to put snippets of PvE into the existing PvP experience and then box them in so squads can participate in short, character-based missions. story.

Imagine Wraith needing access to an IMC database to dig up dirt on Newcastle, which she already mistrusts. Respawn may ask players to reach an IMC arsenal and hack the database. As usual, this activates Specters, which players must defeat, earning them valuable loot for their efforts. But it’s a 60 second process – a full minute to add uninterrupted narration. So, during whatever is going on, Wraith could comment on the details she learns of the hack you’re performing – either in person if she’s a team member, or over the radio if she’s not – with a final note that she will discuss her findings after the game.

This follow-up conversation can then be a cutscene/comic/radio play/etc. more detailed. which unlocks after the game. And maybe the Wraith leader finding out convinces her that she needs more information, but from a different source, requiring the player to land in one of the other IMC armories on Storm Point and repeat the process. I think fighting over and over again in IMC Armories would eventually get boring, but it’s a great starting point for introducing the concept of story-driven PvE combat into a PvP environment, and Respawn could definitely expand on that idea in the future. following seasons.

For example, a future point of interest could be a huge IMC arsenal that hides still-working Titans controlled by a rogue AI, encouraging a team to work together to take down one of the towering giants. Additionally, it would allow Respawn to finally add Titans to Apex Legends without disrupting the PvP component. Or Respawn could add additional armories that hide remnants of old IMC experiences that implement interesting gameplay considerations besides dealing with Specters, similar to city takeover POIs that add mechanics like stepping stones and growing pools of poison.

In an ideal world, we’d kind of get more quests like The Broken Ghost, but as we get further away from Season 5, it’s looking more and more like a dream we’ll never get back to again. IMC Armories are a workable solution to this problem, offering a way to bring The Broken Ghost’s PvE experience to Apex Legends’ already superb PvP gameplay.