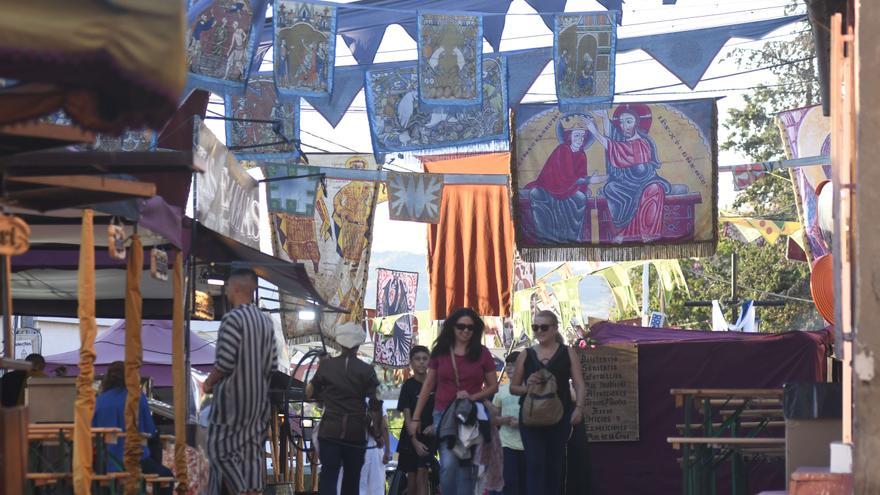 The highest representatives of past and present (Men G) and of present and future (Stool) of that pop aimed at “healthy and uncomplicated young people” have already come together to create a best-selling success: Masters of the Piano Bar. Now they perform together in concert today at the Plaza de Toros de Murcia. (From 8:00 p.m. Tickets from 42 euros), in one of the concerts in Murcia of this Saturday.

In a record market in need of escapism for all audiences, punk was key in the formation of Hombres G, with their philosophy of keeping it simple and your way. David Summers, who played the clarinet at the time, changed course after seeing the movie “The Great Rock and Roll Swindle” (1980) about the Sex Pistols. Together with his childhood friend Javi Molina (drums) and a punk named Pepe, he formed Los Residuos, a group that Dani Mezquita (guitar) would soon join. They played for the first time at the Industrial Faculty of the Complutense together with Alaska and the Pegamoides. G-men, crammed with adolescent metaphysics, had everything to win, thanks to the accolade of the film Suffers Mamon directed by Manuel Summers (father of the singer), and by chance that an anti-Castro Cuban found one of his songs (‘Matar a Castro’), with which 30,000 copies were sent to Miami. The G-Men (name taken from the ‘G-Men’ in the movie FBI against the empire of crime) became successful songwriters overnight for quinceañeras. They were responsible in part for the vaunted golden age of spanish pop They sold nine million records. His great sin was to become the favorites of the fans, making the Leif Garrett on duty forget.

“Are we crazy… or what?”, “Shake before use”, “I’m going to have fun” “This is your life” or “Bikini story” kept the acne conspiracy alive, but also started the reverse to that of success. This led to the dissolution of the quartet, and David Summers then began a solo career with which he did not achieve much. In 2002 Los Hombres G returned to activity after more than a decade of lethargy, conquering No. 1 with their tenth album, “10”, which they presented in medium-capacity rooms to be closer to their audience, causing chaos in the demand for tickets, sold out almost from the first day. The authors of ‘Sufre mamón’, ‘Venezia’ or ‘Marta has a pacemaker’ wanted to demonstrate their good form.

Irreverent humor, romanticism and freshness were the keys to the success of Hombres G and of the enormous fan phenomenon that they unleashed in the mid-1980s in Spain and Latin America, but also of the contempt on the part of a critic that time has not proved right. In recent years they have received recognition in the form of awards such as the honorary Grammy and a Gold Medal for Merit in Fine Arts, and the joy of verifying that they continue to fill auditoriums. David Summers and his crew talk about all this and much more in “Never have we been the handsome guys from the neighborhood”, a biography in which they review four decades of experience, with more than 20 million albums sold, from their beginnings as a punk band to their last tour, interrupted by covid-19, presenting “Resurrection”, but David Summers composed another album, “La Esquina del Rowland” (“where we always met at the beginning”), and they are on tour again.

The Madrilenians Taburete, with a new tour, Path to Mataderopresent their 5th album, Slaughterhouse 5 (named after Kurt Vonnegut’s book), which they will release soon, and also perform their best-known songs. In their new project they dare with pop, rock, boleros, rancheras and even flamenco. They have already released some songs, such as La Discoteca, with the stellar participation of the Dynamic Duo, Broken and Elegant either penultimate kisstogether with Miguel Campello.

The band they lead Guillermo Bárcenas (son of the famous ex-treasurer of the PP) and Antón Carreño (grandson of the former president of the bosses, Díaz Ferrán), has become a mass phenomenon since his appearance five years ago with Tres tequilas; then Dr. Charas would arrive. Despite Gürtel (or thanks to her), “word of mouth” has not stopped growing. His resume includes having filled the WiZink Center on several occasions, in addition to his Las Américas tour, which passed through Mexico, Chile, Argentina and Peru, after having signed in 2018 one of the unofficial anthems of the Spanish team for the World Cup in Russia (“From Russia with love”). Chronicles of beautiful people.

Two and a half years after closing the tour of 45 brains and 1 heart (2017), Maria Arnal and Marcel Bagés released a new album, Clamorwhich they already presented on Warm Up Days, where they veer from flamenco to electronic pop calling for the collective awakening.

Awarded with the MIN Award for the best direct of 2021the tour of Clamor (Fina Estampa, 2021), the second album by Maria Arnal and Marcel Bagés, comes to an end. With its producer, David Soler, erected de facto as the third component, the duo has curdled throughout a large number of concerts the tremendous emotional intensity of a work that, among many other mentions, has been awarded the Ruido al Disco Award of the Year and recognized as the best national album in newspapers such as El Periódico or Ara, in music magazines (Rockdelux, EfeEme, Alta Fidelidad) and specialized websites (Crazyminds, Indienauta, Eargasm).

Clamor inserts the tradition in the future with a hurtful emphasis, from the opening (Milagro) to the instrumental closing Alborada, with atmospheric guitars, electronics and snatched copla (Tras de ti), between turmoil (Meteorit ferit) and lightness (Fiera de mí ). Whale songs, radio waves, bleating goats, and references such as Timothy Morton, Gloria Fuertes or Paul B. Preciado renew the imagery of “45 brains and 1 heart”. The electro-acoustic ensemble Morphoshis (Tras de ti), John Talabot and Tarta Relena also collaborate on this album by the Barcelona-based duo, whose mutant pop shrinks the heart. Few musicians have managed to excite as much during the last decade as María Arnal and Marcel Bagés (their approach to historical memory and root music has left their mark), capable of connecting with the public to the maximum in their concerts.

The performance will be this Saturday at the Circus Theater of Murcia (9:00 p.m. €25)

The personal project of the Madrilenian Miki Ramírez has established himself as one of the great bets on the national scene, with careful and subtle lyrics converted into luminous catchy melodies with forceful choruses, and an energetic and interactive staging. He is currently touring with his new and 5th album, short circuits (Kilombo Records, 2020), recorded in Madrid produced by Paco Salazar. He has collaborated with artists such as Rozalén, El Canijo de Jerez, Jenny & The Mexicats, El Kanka, Muerdo, Pedro Pastor, Macaco or El Niño de la Hipoteca. His YouTube channel has millions of viewers in Spain and Latin America, where his visits have been continuous since 2016. More recently Mr. Kilombo released a summer single, ‘Ambivalence’. Live he unfolds his musical cocktail and mixes different styles to perfection.

Javi Ruibal is one of the most promising instrumentalists and composers of the Spanish jazz scene. He is a jazz, flamenco and world music drummer and percussionist, as well as a composer of all his music. In the last two years he has toured Spain and Mexico presenting his first album, just one world (2019), recognized in 2020 by the MIN prizes as one of the best World Music albums, a musical journey through eight protected natural parks of our planet that stimulates the senses by combining delicate and catchy melodies with solid rhythmic bases or mixing beautiful soundscapes full of simplicity with elaborate harmonies.

Throughout his career, Javi has known how to absorb the essence of music as a way of life, as well as the wisdom of those with whom he has shared his profession; among them, Glazz, Javier Ruibal, Dorantes, Kiko Veneno, Renaud García Fons, Taksim Trio, Marina Heredia, Munir Hossn, Farruquito, Tim Ries, Carmen Linares, Adam Ben Ezra, Leonor Leal, Úrsula López, Rozalen, Manuel Machado, Federico Lechner, Rafael Riqueni, Jorge Pardo, Raúl Rodríguez, Theodossi Spassov, Patax or Manuel Molina. On the 2022 tour, Ale Benítez (bass) and Manu Sánchez (piano) accompany him in a trio that immerses itself in nature with its own distinct sound. Together they explore the Earth and its enormous musical wealth with great delicacy.

Hombres G and Stool, among the featured concerts this Saturday