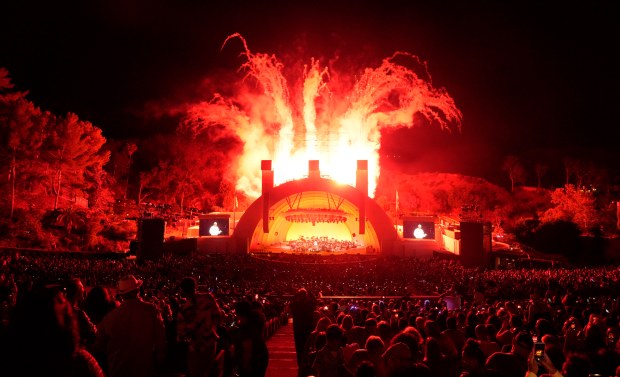 The Hollywood Bowl will once again open its summer season with a series of concerts that will roll call all genres, and all fashions, to bring together the diverse tapestry of the population that is Southern California.

Under the direction of the talented Latin director Gustavo Dudamel, the LA Phil has prepared a package that goes from the presentation of John Williams directing the themes of his films (Star Wars, ET, Superman, Shark….) to the pop of Ricky Martin, and the jazz refinement of the Cuban Chucho Valdés.

Almost all the talents that represent music in the world today have performed at the Hollywood Bow at some point, and this time in which the “post-pandemic resurrection” is celebrated, it could not be in a different way.

“Music is a fundamental human right”, Gustavo Dudamel thinks, “I set out to create a means by which music could be a way of claiming the rights of the masses”.

Under this purpose that has been stated on different occasions, the Venezuelan living in Los Angeles sponsors a program that will bring the Italian tenor Andrea Bocelli on June 16, and the following day Mariachi USA.

The Hollywood Bowl is an outdoor amphitheater and iconic venue in Los Angeles, California that has hosted many great musicals, from jazz legend Louis Armstrong to cellist Yo-Yo Ma.

The Bowl was built in 1919, but its original concentric-arched bandshells didn’t appear until the 1920s. The venue was rated by Rolling Stone magazine in 2018 as one of the top 10 live music venues in America.

With a capacity of approximately 17,500 people, the seating arrangement is that of a classic amphitheatre, with each section benefiting from the acoustic boost of electronic amplification and a clear view of the stage.

Accessibility allows using public transport. The Metro operates a Red Line that goes to the Highland/Hollywood stop. In addition, there are shuttle buses in various cities where attendees can park their cars.

The Venezuelan director will star in ten concerts at the head of the Los Angeles Philharmonic, including two nights that will honor composer Leonard Bernstein and two evenings with the Paris Opera Ballet, which has not performed in the United States with its full line-up since 2012.

As a finishing touch to this series of concerts, Dudamel will join Ricky Martin on two special nights in which the Los Angeles Philharmonic will perform the most outstanding songs by the Puerto Rican.

FROM POP TO JAZZ

To celebrate its proximity to the mecca of cinema, the Hollywood Bowl Orchestra will also play soundtracks to such films as “Harry Potter,” “Back to the Future” and “Amadeus.”

For their part, Chucho Valdés and The Gipsy Kings will add a Latin accent to the programming.

“The Hollywood Bowl is so much more than the summer home of the Los Angeles Philharmonic. For a hundred years it has been a testimony of live music”, said the director of the space, Chad Smith.

More than 30 years ago, Rodri Rodríguez began producing the Mariachi USA show with the certainty that it would be the most important Mexican music show in the United States.

“My vision was very clear,” the Cuban-American businesswoman said in an interview. “I knew this show was going to go on as long as I lived on Earth.”

Since the first show, in 1990, Mariachi USA has performed at the Hollywood Bowl. The show, which aims to present the most outstanding mariachis in the United States, will take place in mid-June.

Before producing these concerts, Rodríguez was the one who took Vikki Carr on tour throughout Mexico. He toured the country from end to end, and that’s when he realized the potential of ranchera music.

So when she retired from her job promoting international artists, she created the festival, something she didn’t want to be on just any stage.

Hollywood Bowl kicks off its 2022 season


Discover our social media accounts as well as other pages related to it.https://kjovi.com/related-pages/