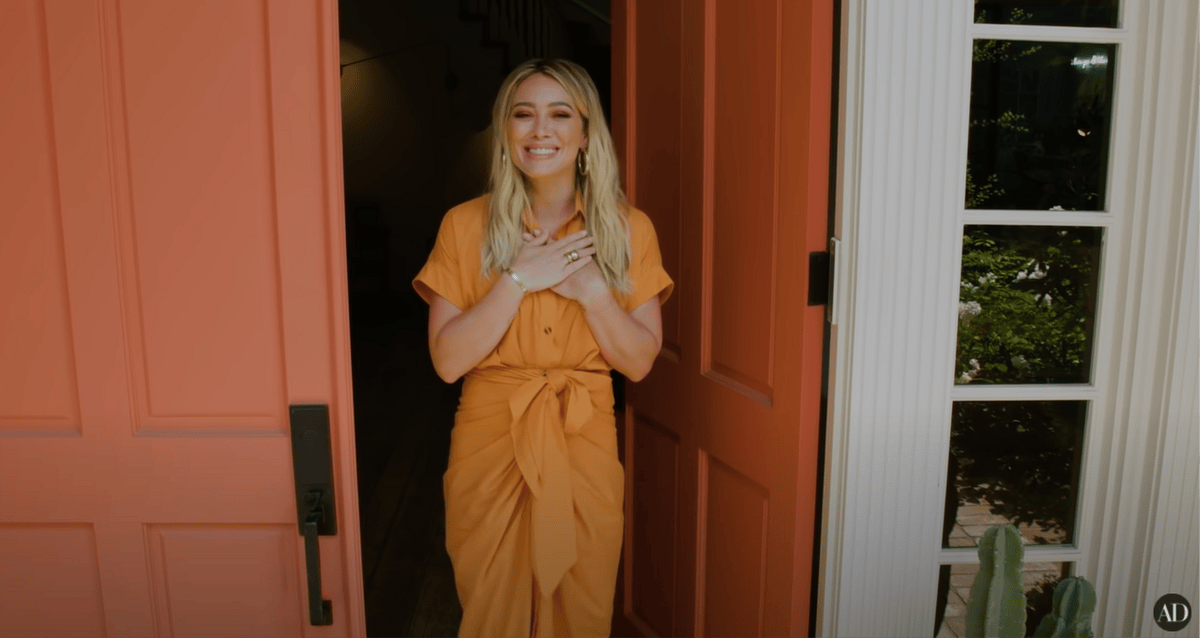 When you visit Hilary Duff in Beverly Hills, you really get the feeling that she built there primarily for her two children.

“A lot of people move to Beverly Hills for the beautiful view. Personally, it was the desire to preserve my private life that was the trigger,” said singer and actress Hilary Duff in an interview with “Architectural Digest” magazine. Previously, she lived in the Toluca Lake neighborhood of Los Angeles, where she says she “was constantly spied on by the paparazzi.”

Exterior photos of celebrity villas are rare, as they would eventually help to locate them. We know, however, that the villa is built in the Georgian style, has an area of ​​around 480m² and was purchased by Hilary Duff just over eight years ago. Since then, she has had it transformed twice. She resides there with her husband, musician Matthew Koma (33), and their two children, Luca (8) and Banks (1).

Not the green thumb

Playground and paradise for children

In the YouTube video of “Architectural Digest” it is very quickly clear that the children have the last word in the house. The son Luca hides in the designer cupboard, helps himself to donuts in the kitchen, has his own bathroom and his own (luxury) care products from Aesop and a slide in the bedroom. In the garden, there is a trampoline and a swimming pool (also with slide) and the dining room has been converted into a games room with television, computer and other play equipment for children.